I Will No Longer Be Blinded by Good Intentions

Once while performing my duty, I noticed that one of the brothers would often pay excessive attention to some sisters, and so I thought he was perhaps expressing a wicked disposition, and I decided to look for an opportunity to remind him of this. Later on, I saw that this brother was not achieving any significant results in his duties, and this was further confirmation that what I thought about him was correct. So I decided to find an opportunity to talk to him. However, when we touched upon this matter, he sternly denied all my comments and retorted that I was judgmental. “For all these years,” he said, “whenever you fellowship with me, you lecture me with a condescending attitude, and today you speak in the same condescending manner.” The fellowship turned out worse than fruitless, and it ended in complete disagreement. Seeing him react this way, I thought to myself: “I gave you fellowship to help you, not to embarrass you by exposing your shortcomings. Instead of accepting it, you looked for fault in me and accused me of being condescending. Fine! I will leave you alone. Nevertheless, my intentions were good, and your rejection only shows that you don’t pursue the truth.” Regarding this matter, I always considered myself as the one who was correct, while thinking the brother was the only one at fault. However, I recently gained knowledge of myself through dealing with the people, things and events that God arranged around me. 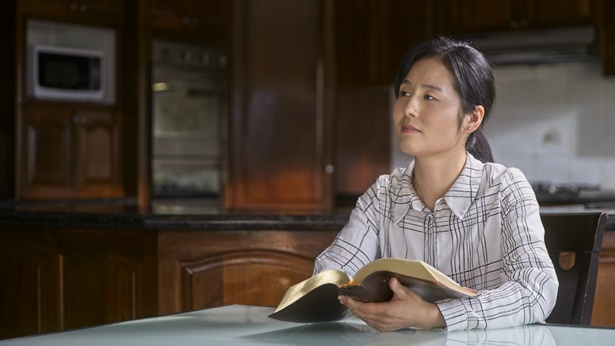 Days ago, the church assigned a new task to one of my young brothers. He used to be in a poor condition, but since the arrangement, he was transformed into a new man, more energetic in mind and more confident in word. One day, when he was fellowshiping with me, his tone, expression and manner left me feeling deeply uncomfortable. I knew that he fellowshiped God’s will and spoke truly about my issues, but I just couldn’t listen to him, let alone accept what he said. As I was about to erupt and contradict him, I suddenly saw myself in him and remembered the tone and expression I used several months ago when I fellowshiped with that other brother. No wonder he’d said I was condescending. It now seemed that what he felt was real, and I was even able to appreciate the same disgust that he’d felt seeing me act that way—like the nauseous feeling of eating a dead fly. Not until then did I realize that a man with an unchanged disposition has no place for God in his heart, then even if he has good intentions, what he reveals is nothing but his naturalness and satanic disposition. Right then, I remembered God’s words: “The key to self-reflection and knowing yourself is this: The more you feel that in certain areas you have done well or have done the right thing, and the more you think you can satisfy God’s will or are able to boast in certain areas, then the more it is worth it for you to know yourself in those areas and the more it is worth it for you to dig deep into them to see what impurities exist in you, as well as what things in you cannot satisfy God’s will” (“Only by Recognizing Your Misguided Views Can You Know Yourself” in Records of Christ’s Talks). God’s words enabled me to understand that the more I thought myself correct in the things I did, the more I needed to examine and know myself with these things. For after we were corrupted by Satan, our hearts became filled with satanic poisons, our natures became wholly rebellious and defiant to God, and so if our actions are not tempered by the judgment and chastisement of God’s words, then they will surely defy God. Even if we ourselves believe that what we do accords with the truth and there is nothing wrong with it, because our dispositions have not changed, our nature and essence will be antagonistic to God, and everything we reveal will still be our satanic corrupt dispositions. So, there are so many impurities in us that need to be analyzed, recognized and addressed. Now as I look back upon my expressions when I fellowshiped with that brother, I had justified that I had been right by my good intentions, but I failed to notice that I took an incorrect stance in my fellowship. I regarded myself as the master of truth, believing that I could tell what his state was, that all the issues and states I brought to his attention were accurate, and then forcibly making him accept what I was saying. But the moment he contradicted me, I then labeled him as someone who did not pursue the truth. From my actions, I saw that I had been haughty and hard, and that I had constrained and lectured others—the disgusting and repulsive dispositions of Satan. What was the difference between what I had revealed and the political criticism launched by the CCP? The CCP acts indiscriminately, going by its own intentions when making accusations and subjecting people to forced criticism. I didn’t truly pray to God or seek His guidance before I fellowshiped with that brother, nor did I make certain that what he had been revealing was indeed what I’d thought; instead, I went by my own imagining and condemned him, believing that he must be living in a state of wickedness, which had led him to achieve nothing in his duties, and I pressed hard for him to acknowledge that what I’d said was true. I found out that every move I made, the way I looked and spoke—it all reeked of the arrogant disposition of Satan. How could I be of benefit to others when giving them fellowship with such a corrupt disposition? How could the Holy Spirit work on me? Without His work, how could I expect my fellowship to achieve results just by relying on myself? Only then did I see that the reason my fellowship had been fruitless had not been because of the brother’s rejection of truth, but rather because I did not have a God-fearing heart, because I’d taken a wrong position, and I had not only made God hate me, but had also disgusted other people.

I thank God for arranging this real situation to enable me to have some knowledge of myself, and to understand that if people are not changed in disposition, they cannot help but reveal their satanic corrupt dispositions even if they think they have good intentions and their actions appear to be right. It is at these times that people should reflect and try to know themselves. From now on, I wish to focus on achieving a change in my life disposition, to know myself concerning my nature and essence, to no longer take a superficial view of issues and not to overlook knowing my own corrupt nature because I have good intentions. I will seek to know myself in all things, so that I can achieve a change in my disposition soon and bring comfort to God’s heart.

Previous: Using God’s Word as a Mirror
Next: Only by Understanding the Truth Can One Have Discernment

Today’s replacement is truly how You are saving me. Your chastising love has conquered my heart. I thank You from my heart for saving me and protecting me. I thank You more so for causing me to truly experience through Your revelation that Your righteous disposition cannot tolerate offense.

What I Gained From Discerning an Evildoer

By Jian Yi, Japan In August of 2015, I learned that a leader, Sister Chen, had been dismissed for not doing practical work, competing with...

Taking the Mask Off

By Tinghua, France Last June when I had just begun fulfilling my duty as a leader. At the beginning, since I spoke French and could...

The Truth Behind Carelessness

By Qianbei, South Korea Last October we finished producing a video. We put a lot of work into it, and devoted lots of time and energy, but...