Only This Is a Truly Good Person

Since I was a child, I always attached a great deal of importance to how other people saw me and their assessment of me. Whenever things cropped up, I never offended anyone or argued with others so that others would have a positive impression of me. For that reason people praised me, saying I was a good person; I also believed myself to be a good person. The people around me therefore praised me as a good person, and I also believed that I was a good person. After I’d accepted God’s work in the last days, I continued in this way, carefully and scrupulously maintaining the good image that my brothers and sisters had of me. Some time ago, my leader said that my performance was like a “nice person,” and not the performance of someone who puts the truth into practice. I never took it to heart, instead feeling gratified that others saw me as a nice person. 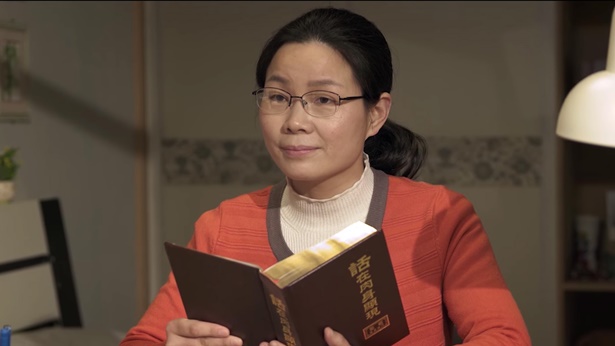 One day, I read this paragraph: “If in your belief of God you do not pursue the truth, then even if you do not appear to be transgressing, you are still not a truly good person. Those who do not pursue the truth certainly have no sense of righteousness, nor can they love what God loves or hate what God hates. They absolutely cannot stand at God’s side, much less be compatible with God. How then can those without a sense of righteousness be called good people? Not only do those that are described by worldly people as ‘nice people’ have no sense of righteousness, they have no goals in life either. They are merely people who never want to offend anyone, so what are they worth? A truly good person indicates someone who loves positive things, someone who pursues the truth and yearns for the light, someone who can discern good from evil and who has the correct goals in life; only this kind of person does God love” (“To Serve God One Must Learn How to Discern All Kinds of People” in Work Arrangements). After reading these words, I suddenly saw the light. Now I saw that a truely good person is not someone who never offends others, who has friendly exchanges with others and doesn’t argue or quarrel with them, or someone who is able to give others a good impression and get a good assessment from them. Rather, a good person is someone who loves the truth, who loves positive things, who differentiates between love and hate, who has a sense of righteousness, who can love what God loves and hate what God hates, and who can truly love God and be loyal to God. As for my own actions, whenever I saw a brother or sister talk about how difficult spreading the gospel was, I couldn’t help feeling conflicted and starting to complain, feeling that spreading the gospel was not easy, that it really was too hard. Unknowingly I took the side of the flesh of man and no longer wanted to fellowship about the truth and remedy the wrong states of my brothers and sisters. When I saw someone spreading certain notions around, or saw things happen that were disruptive in the church, if they were serious, I would fellowship using tactful words to resolve the issue; if they were not serious, I would pass by the issue by turning a blind eye, fearing that the other person would have an opinion of me if I seriously exposed the essence of the issue. When I saw the sister I worked with doing some things that had nothing to do with the truth, I wanted to raise the issue with her, but then I thought that she might not accept it and it would harm our relationship. So I just thought I’d wait until next time and raise it then. I kept putting it off and putting it off, and the matter remained unsettled.

It was only then that I saw that my thoughts and actions were for the sake of protecting a personal relationship, and were based on the principle of avoiding hurting others’ feelings or damaging others’ interests. But I didn’t take to heart God’s requirements, my own responsibilities and my duty, or the work of the church. Even being clearly aware of the truth I still didn’t put it into practice. I was really so selfish and crafty! I saw others’ assessment and praise of me as more important than the truth. Could their praise of me be regarded as God’s approval of me? Could their positive assessment of me show that I had the truth and life? Those whom God saves and perfects are those truly good people who pursue the truth and righteousness. They are not those unreasonable people who cannot tell good from evil, or who are unclear about what to love or hate and who have no sense of righteousness. If I continued to take what worldly people think of as a good person as the criteria for my own conduct, I would be doomed to be an object for God’s elimination and punishment.

I give thanks for God’s guidance and enlightenment that allowed me some knowledge of what it is to be a truly good person, and that furthermore allowed me to recognize my mistaken presumptions and ignorance and my rebellion and resistance. From today, I wish to take the phrase “pursue the truth and have a sense of righteousness” as the criterion for my conduct, to seek to enter deeper into the truth, to seek a change in my disposition and to strive to soon be a truly good person who is clear about what to love or hate and who has a sense of righteousness.

Previous: The Secret Held Deep Within My Heart
Next: There Is a Way to Resolve Arrogance

A Christian’s Diary: The Misunderstanding Between My Mother and Me Has Finally Been Resolved

God has arranged for my mother and I to live with each other is to train me to live out a normal humanity so that my mother and I can use each other’s strengths to make up for our own weaknesses, and thus I can throw off my corrupt disposition and attain God’s salvation sooner.

A Transformation After Being Dealt With

By Yong Zhi, South Korea Last March, I took charge of the church’s video work. I didn’t fully understand a lot of the principles because I...

There Is Great Happiness in Being Honest

Through this process of practicing honesty, I experienced how being honest allows one to live in the light and receive God’s blessing. Being an honest person is truly meaningful and valuable!

Rising Up in the Face of Failure

By Fenqi, South KoreaBefore I believed in God, I was educated by the Chinese Communist Party, and I thought of nothing but how to make...