The True Face of a So-called Good Person

In my own mind, I’ve always thought of myself as possessing good humanity. I’ve thought this because my neighbors often complimented me in front of my parents for being sensible and showing concern for our family, saying I was the apple of my parents’ eyes. After getting married, my in-laws praised me in front of the neighbors for being kind and filial to them. In my work unit, my leader praised me for being honest and competent. And since accepting God’s work of the last days, I’ve been obedient with whatever the church asks me to do. I never contradict the leader even if I’m rebuked for not doing a good job, and I often help brothers and sisters who are in need. As such, I believe myself to be a reasonable, compassionate, and kindhearted person with humanity. I’ve never thought of myself in terms of the words in which God reveals that man lacks humanity or has poor humanity. When having fellowship on God’s words with brothers and sisters, even though I know I need to be aware of my own nature, and that only by really knowing myself and clearly seeing the truth, the ugly face of my corruption by Satan can I truly develop hatred for myself. Only then can I pursue the truth, put God’s words into practice and experience them, and then gradually achieve a change in disposition and be saved by God. But I still maintain my own views. I feel it’s true that I’ve been corrupted by Satan, but even if I’m not someone with the best humanity, I’m also not the worst; my humanity is still a bit better than others’ by comparison. In other words, regardless of what God’s word says or what brothers and sisters say, I am not willing to disassociate myself from the idea of being a person of good humanity. 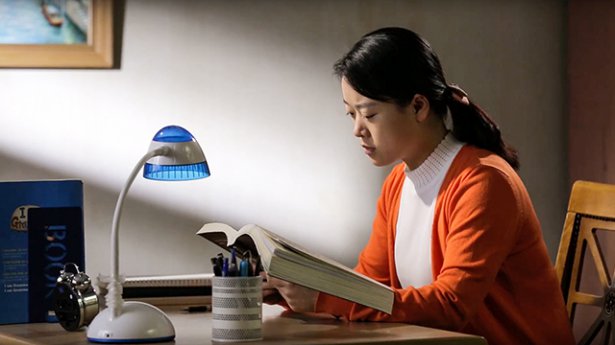 One day, as I was reading the word of God, a passage caught my attention. God says, “Some people are inherently good; they are able to practice truth. Some people’s humanity is weaker, thus it is hard for them to practice truth; this means they will face some suffering. Would you say that he who does not practice truth has ever sought the truth in his actions? He absolutely has not sought it. His own thinking arises: ‘This way is good, it is to my advantage.’ In the end, he acts based on his own ideas. He does not seek the truth because there is something wrong with his heart, his heart is not right. He does not seek, does not examine, nor does he pray before God; he just stubbornly acts according to his own wishes. This type of person simply holds no fondness for the truth. … Those without love for the truth will neither seek it in the moment, nor will they examine themselves afterward. They never scrutinize whether the things they do are right or wrong in the end, thus they always violate principles, violate the truth. … A person who has a heart is only able to make a mistake once when undertaking a course of action, twice at the very most—once or twice, not three or four times, this is normal sense. If they are able to commit the same mistake three or four times, this proves that they harbor no love for the truth, nor do they seek the truth. This kind of person is definitely not a humane individual” (“Practicing the Truth and Resolving One’s Nature” in Records of Christ’s Talks). After reading this passage of God’s words, I had a sudden revelation. As it turns out, being someone who is praised by others doesn’t prove that a person possesses good humanity. Good or bad humanity is closely linked with how people treat the truth. A person of truly good humanity seeks the truth and practices the truth in everything, and examines and knows himself afterward. I have always considered myself to have good humanity, so am I someone who seeks and practices the truth in everything? Thinking back, I did not pray to God or seek the truth with regard to many things I encountered. I did not examine or understand myself afterward. Even though I had revealed my corrupt disposition, I did not resolve my issues by seeking the truth, instead continuing to commit the same mistake repeatedly. Sometimes even if I understood a little of the truth, I didn’t seem to want to practice it. I recall many examples of this vividly. When there was some estrangement with the brothers and sisters I performed my duty with, I was aware that it would directly affect work effectiveness if the problem was not resolved, but because of my pride and vanity, I refused to let go of my ego and have open communication with them. Instead, I bit the bullet and continued working, resulting in very ineffective work. When I sometimes saw brothers and sisters reveal a certain aspect of their corrupt disposition, I didn’t try to have fellowship on the truth with them to help them know themselves, but instead judged them behind their backs. I didn’t repent or seek to change even after being dealt with a few times, but instead persisted in my old ways. I did not strive for the best outcomes in doing my duty, but instead always dealt with things in sloppy, lazy and slippery ways, always trying to deceive God to maintain my own name and status. I didn’t think much about it or have a guilty conscience. I didn’t seek or investigate when encountering issues in my duty, but just did as I wanted. Even if it brought losses to the church, I did not feel like I was indebted to God, nor did I feel ashamed by my evil deeds. Even when God warned me through His words and dealt with and pruned me through my brothers and sisters, I still didn’t seek the truth to resolve this problem, committing the same transgressions upward of three or four times. Do these actions not prove that I don’t love the truth or practice the truth, and that I lack humanity as disclosed by God’s words? God’s words say: “How can there be goodness in those who do not love the truth? How can there be righteousness in those who only love the flesh? Are not righteousness and goodness both spoken of only in reference to the truth? Are they not reserved for those who wholeheartedly love God? Those who do not love the truth and who are but putrid corpses—do not all these people harbor evil? Those unable to live out the truth—are they not all enemies of the truth? And what about you?” (The Word, Vol. 1. The Appearance and Work of God. Only the Perfected Can Live a Meaningful Life). Regardless, I haven’t sought to know myself based on God’s words, but continued to wear the laurel of “good humanity” on my head. How shameless I’ve been!

At that time, my heart was filled with self-recrimination, and full of gratitude to God. I could not help but pour myself out before God: “God, now I know that I am not a person with good humanity. Through the enlightenment of Your words, I have come to understand that a person with true humanity is one who loves the truth, is someone who listens to God’s words and seeks to obey God, is someone who is willing to practice the truth and pursue a love of God. I also realize that my understanding of myself is not based on the truth of God’s words, but is based on my own imagination and notions as well as my worldly views. It’s totally absurd. If I continue to believe this way, I’ll never achieve a change in disposition or be saved. God, thank You for Your enlightenment and guidance. From now on, I don’t want to measure myself according to Satan’s views or my own imagination. I want to know myself based on Your words, do my utmost to pursue the truth, accept Your words as my life, and seek to become a person with truth and humanity to comfort Your heart.”

Previous: This Is Putting Truth Into Practice
Next: The Real Meaning of Rebellion Against God

By Chang Jing, South Korea I was working in graphic design, and the group leader assigned me to create a new type of image. I wasn’t very...

Getting Back on the Right Track

The Pain of Telling Lies

By Ni Qiang, Myanmar In October 2019, I accepted the work of Almighty God in the last days. At gatherings I saw brothers and sisters were...