The Secrets Hidden Behind My Pursuit

Not long ago, I was elected as a mid-level leader by my brothers and sisters. At one gathering with my co-workers, I thought to myself: “I must do well. If I perform poorly, how will my leaders and co-workers see me?” So, whenever we were discussing something, as long as I had just a little understanding of the subject, I would try to be the first to say something. However, when I had no understanding of the topic at hand and was unable to say anything, I found myself becoming anxious. Over a few days of meetings, I felt very tired and particularly anxious, as though I was in some combat arena. I later thought over what I had revealed in these gatherings and came to the conclusion that it was brought about only by my own vanity. I didn’t try to reflect or understand myself more deeply. Then on another occasion, the leaders notified me of a gathering; I felt particularly excited when I learned that the upper-level leaders would convene the meeting, and I thought: “Does having me attend this gathering mean that they want to cultivate me? If I do well and leave a good impression then maybe I’ll be promoted, and when my own responsibility is increased, then not only will my co-workers admire me, but my brothers and sisters will also look up to me.” So at the meeting, I was extremely careful with my fellowship and my words for fear that anything I said that was out of place would leave a poor impression on my leaders. This is how those several days of gatherings finally came to a close. Those days were incredibly exhausting for me because I had been so on edge, but I still felt very pleased with myself. I felt my performance was not bad, and that the future would hold a lot of promise. From that point onward, my pursuit really gained a lot of momentum.

One day, I read the following passage from a sermon: “When people tried to get to know themselves in the past, they only paid attention to what transgressions they had committed or what corruptions they had revealed, but neglected to dissect their every word and action to see which were Satan’s corrupt dispositions, which were the poisons of the great red dragon, which were mankind’s imaginings and conceptions, and which were falsehoods and deviations. Besides these things, people must also dissect their own attitudes and internal states, to grasp the things hidden deep in their hearts, and come before God to see through these things using the truth. Only then can a person know the reality of their own corruption and see the problem of their corrupt essence. Just because a person has not committed major transgressions does not mean there are no problems deep in their heart. Some hidden malice, dispositions and problems in a person’s nature are even more difficult to resolve. Small illnesses can’t kill people; only major illnesses take lives” (The Fellowship From the Above). After reading this passage, I understood that knowing myself was not just knowing the corruption I had already revealed, but it was also looking deep into my heart and mind; it was the only way to quickly get a grasp of my own state and be able to have true understanding of my corrupt disposition. At that time, I couldn’t help but think of my conditions from the two previous gatherings, and inwardly I thought: What kind of nature were the things I revealed being dominated by? 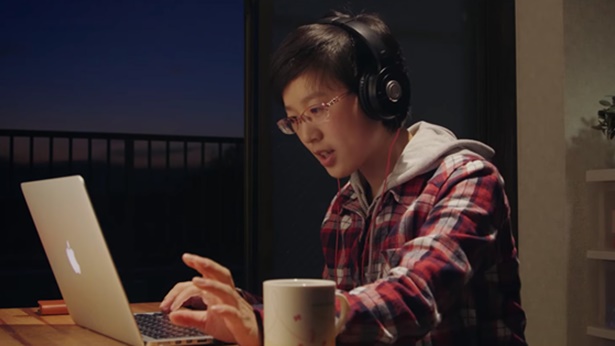 Under God’s guidance, I read His words: “Some people particularly idolize Paul. They like to go out and give speeches and do work, they like to attend gatherings and preach, and they like people listening to them, worshiping them, and revolving around them. They like to have status in the minds of others, and they appreciate it when others value the image they present. Let us analyze their nature from these behaviors: What is their nature? If they really behave like this, then it is enough to show that they are arrogant and conceited. They do not worship God at all; they seek a higher status and wish to have authority over others, to possess them, and to have status in their minds. This is the classic image of Satan. The aspects of their nature that stand out are arrogance and conceit, an unwillingness to worship God, and a desire to be worshiped by others. Such behaviors can give you a very clear view into their nature” (“How to Know Man’s Nature” in Records of Christ’s Talks). I tried and tried to fathom every one of God’s words, and compared my own thoughts, words and deeds with them—only then did I have a bit of an awakening. I was particularly anxious and constrained at the gatherings, constantly thinking of being good in fellowship so that my brothers and sisters would think well of me, and I became nervous when I couldn’t share fellowship, worried about how others would see me. Wasn’t the reason for all of this to have others pay attention to me or attach value to me? When the leaders thought highly of me, I thought my own future was full of promise, and felt smug and full of enthusiasm. Wasn’t all of that to obtain higher status and more power, and to satisfy my own ambitions and desires to pursue fame and status? I saw that my own nature is too arrogant and haughty, that I always want to stand higher, to govern others, to have a place in people’s hearts. The road I was taking was no different from Paul’s. Paul did not pursue the truth, he always pursued fame and status and sought to have others see him highly, look up to him, and he ended up bringing people in front of him and becoming an antichrist. Wasn’t I just the same? I hadn’t been thinking of how to perform my duty to satisfy God. Instead, I sought fame and status in order to fulfill my ambition and desire of standing out from the crowd. Wasn’t this exactly how the archangel revealed its arrogant disposition?

Thinking back on it now, I was dominated by my arrogant nature and did so many things that resisted God: I bustled around performing my duty and was desperate to show myself off so that I could gain a higher status and the admiration of my brothers and sisters. When I opened myself up to them, I never really analyzed the corruptions hidden deep inside, rather I talked about some of my external acts to covertly exalt myself and bear witness to myself so that others would see that I was able to know myself. When I read the word of God, it wasn’t to raise my understanding or to gain the truth, but to show off to my brothers and sisters, to resolve others’ problems and have everyone see that I understood the truth. Thinking of all this, I cringed: I had not been performing my duty to satisfy God. I had been completely engaged with my own affairs, resisting God, and the path I was taking was that of an antichrist. If it weren’t for God enlightening me to realize my own arrogant nature today, to see the ambition and the impurity behind my enthusiastic pursuit and that I was on the wrong path, then I would have continued living according to my arrogant nature. In the end, I would have brought people in front of me, and I would have done evil things that resist and betray God, and thus be subject to God’s punishment.

I thank God for His timely enlightenment and guidance. This experience has made me realize that, in my experience not only should I focus on recognizing my own expressions and transgressions, but even more importantly, I should compare them to the truth and analyze the things hidden deep inside to gain a better understanding of my own nature and essence, and to achieve a change in disposition. From now on, I will dissect myself by gaining a grasp on my own heart and mind as well as my internal condition. I will know my own corrupt essence, seek to change my disposition, and will soon get on the right track to be saved by God.

Previous: Be Strict With Oneself First in Order to Discipline Others
Next: The True Reason for Ineffective Work

I Believe in God: Why Worship People?

By Youxin, South Korea When I was responsible for the church’s gospel work, our team wasn’t doing great and I was really anxious. Then Wu...

I Have Only Just Begun Walking the Right Path of Life

God elaborately arranged various environments, people, things, and occurrences, and led and guided me step by step using His practical work, allowing me to walk on the right path of life. Every environment and every manifestation was all elaborately planned by God, and behind each lies God’s great love for me.

What Lies Behind Lies

Facing such circumstances, I felt completely puzzled: Why was it that my heart was willing to speak the truth, to speak accurately, but when I opened my mouth I could never speak objectively or accurately? With this question, I went before God to pray and to seek guidance.

By Joylin, Philippines In January 2018, I had just accepted Almighty God’s work of the last days. Soon, I was given a duty as the lead...