This Is Putting Truth Into Practice

Some time ago when a sister and I performed our duties together, I developed some bias against her which I always kept in my heart and didn’t openly communicate with her. When we went our separate ways, I still had not entered into the truth of a harmonious collaboration. Later, the church arranged for me to work with Sister Wang and I established a resolution before God: From now on, I will not walk the path of failure. I’ve learned my lesson, so this time I will certainly have more open communication with this sister and achieve a harmonious collaboration. 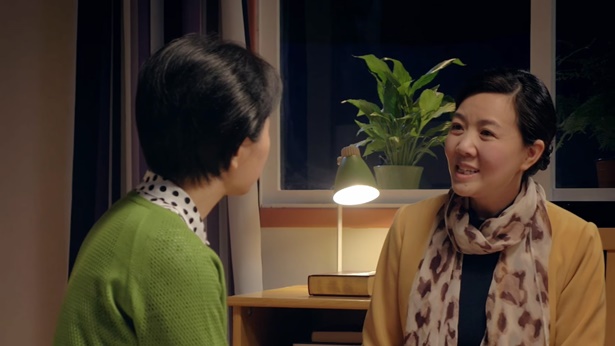 Every time there was a conflict or a gulf between us as we performed our duties together, I would take the initiative to have fellowship with the sister and speak from my heart, and I would ask her what I was performing improperly. She would then point out that I was arrogant and conceited and that I would always reject her viewpoints in our communications and fellowship. She said that sometimes when I would point out her state I unfairly labeled her, that I would always take unilateral action, and that during gatherings I always selected and read God’s word according to my own wishes. I nodded in agreement to all these things the sister pointed out about me. I thought: “Since you say I am arrogant, I will speak with more humility from now on and pay particular attention to speaking wisely and tactfully. If I discover any problems you have, then I will downplay them when I mention them. If you don’t recognize them, then I won’t talk about them anymore. During gatherings, I will read whatever words of God you say you would like to, and I will listen to everything you say. Won’t this resolve every issue?” After that, I began to put this into practice. Before speaking, I would think about how I could avoid negating her idea. When our viewpoints were not aligned, I would defer to her viewpoint and carry out her idea. When I saw something that she was doing wrong, I wouldn’t clearly point it out to her. But after a period of time of behaving this way, I realized that my ideology of “forsake the flesh and put the truth into practice” had not changed our relationship at all. Rather, it reinforced my biases against her. In seeing these results, I felt upset. I thought: “I have already tried my best to put the truth into practice, so why isn’t it working? This sister is not easy to get along with, she is completely unreasonable.” Therefore, I was trapped in refinement and my heart became extremely pained.

One day our leader visited to gain an understanding of our work and asked how our states had been over that period of time. I then shared fellowship on my state. After listening, the leader said: “This method of yours is not putting the truth into practice. You are impure inside. You are doing this for your own purposes and are not acting in accordance with truth.” Following this, we read two passages of God’s words: “Sometimes it might seem as though you are putting the truth into practice, but in reality, the nature of your actions does not show that you are doing so. Many people have certain outward behaviors, such as being able to cast aside their families and careers and fulfill their duties, and therefore they believe they are practicing the truth. However, God does not recognize that they are practicing the truth. If everything you do has a personal motive behind it and is adulterated, then you are not practicing the truth; you are simply exhibiting superficial conduct. Strictly speaking, your conduct will probably be condemned by God; it will not be praised or remembered by Him. Dissecting this further, you are doing evil and your conduct is in opposition to God. From the outside, you are not interrupting or disturbing anything and you have not done real damage or violated any truth. It appears to be logical and reasonable, yet the essence of your actions pertains to doing evil and resisting God. Therefore, you should determine whether there has been a change in your disposition and whether you are putting the truth into practice by looking at the motives behind your actions in light of God’s words. It does not depend on a human view of whether your actions conform to the human imagination and human intentions, or whether they are suited to your taste; such things are not important. Rather, it depends on God saying whether or not you are conforming to His will, whether or not your actions possess truth reality, and whether or not they meet His requirements and standards. Only measuring yourself against God’s requirements is accurate” (“What Should Be Known About Transforming One’s Disposition” in Records of Christ’s Talks). “Human ideas usually look good and right to people, and they appear as though they would not violate the truth very much. People feel that doing things in such a manner would be putting truth into practice; they feel that doing things that way would be submitting to God. Actually, they are not truly seeking God or praying to God about it, and they are not striving to do it well, in accordance with God’s requirements, in order to satisfy His will. They do not possess this true state, nor do they have such a desire. This is the greatest mistake people make in their practice. You believe in God, but you do not keep God in your heart. How is this not a sin? Are you not deceiving yourself? What sort of effects can you reap if you keep believing that way? Moreover, how can the significance of belief be manifested?” (“Seeking God’s Will Is for the Sake of Practicing the Truth” in Records of Christ’s Talks). I fathomed God’s words and compared my so-called state of “putting the truth into practice” with them. My heart lit up. All along, my motive in wanting to coordinate harmoniously with my sister was not at all to satisfy God, but to protect my own pride and vanity. I was afraid the leader would say my humanity was flawed, that I didn’t pursue the truth, and that I didn’t work well with anyone. In addition, I wanted to use it as a means to ease my relationship with that sister and break free from the embarrassment and pain produced by the conflict. I thought it would redeem my image in others’ eyes and allow them to see that I had changed. It is clear that my so-called “putting the truth into practice” was for my own purposes. It was all done in front of others and was not established on the basis of understanding the truth and living out the reality of the truth in order to satisfy God. I didn’t despise myself and sincerely forsake the flesh because I wasn’t aware of my arrogant and conceited nature. In reflecting on my work with that sister, when I spoke I was unwittingly standing on a pedestal belittling my sister. When handling matters, I loved to be in charge; I did things my own way, and never consulted other people on their ideas. When she pointed out the problems that I had, I didn’t seek out the corresponding truth to analyze and understand the essence of my nature. More so, I didn’t seek out how I should practice in accordance with the truth and in accordance with God’s will. I only changed a few superficial actions, thinking that since behaving that way wasn’t right, if in the future I just swapped those behaviors for ones that everyone saw as good and in line with human notions, that would be putting the truth into practice. I saw that everything I was practicing was just the truth based on my own notions. It had nothing to do with God’s word, and God would not acknowledge that I was putting the truth into practice. In God’s eyes, all my actions were running contrary to the truth and resisting God.

After becoming aware of this, when I revealed my corrupt disposition or I became aware that my state was not right, I would look for relevant words of God that addressed my issue, and dissect my own corrupt essence and recognize the root of the corruption from God’s words. In gatherings I would proactively open up and seek from brothers and sisters who understood the truth and had experience which aspects of the truth I should put into practice to resolve the issue. With this kind of practice and entering in, my speech and actions were subdued, and I knew what my place was. I had respect for people and submitted with patience. Forsaking the flesh became much less difficult and I could also have heart-to-heart communication with the sister I was partnered with. Our association had become much more harmonious than in the past.

Previous: A True Partnership
Next: The True Face of a So-called Good Person

Freed From My Struggle to Get Ahead

By Xinliang, Germany When I first started serving as head of the watering team, the brothers and sisters on that duty would consult with me...

The Finest Gift God Has Given Me

God’s essence is good, and what He does for mankind is all love. It is all what is most beneficial for people’s lives; it is the sustenance most needed in people’s lives, and it is the finest gift given to man by God.

The Bonds of Corruption

By Wushi, China March 2020 I went to hold an election at a church I was responsible for, and Sister Chen was elected as church leader. I...

Growing Up Amidst a Storm

By Mixue, China One day in March, 2013, a couple of sisters and I were on our way home from a gathering, and as we walked in, we saw it was...