What Is It That Has Deceived My Spirit?

I’m a leader in The Church of Almighty God. One day I received a notice from my senior leader, asking me to attend a co-workers meeting. Thinking that by attending a co-workers meeting I would be able to understand even more truths, I felt very happy. But then I thought: “Lately, I haven’t been achieving good results in any work that I’m responsible for. If my superior knew that, she would certainly have to deal with me, and may even replace me. What would I do then?” When I thought of this, I couldn’t help feeling worried. The next day I went to the meeting place with a heavy heart. I saw that my superior had not yet arrived, so I chatted with some co-workers about the state of our work. I thought: “I don’t know what state any of their work is in. If all of them have done their work well and it’s only me who is so bad, then I’m done for.” Little did I expect that many of my co-workers were saying how they hadn’t done very well with some parts of their work. When I heard this, my heart that had been so heavy before suddenly felt a lot lighter. I thought: “It turns out that no one has done their work well, not just me. No need to worry then. The leader can’t possibly replace all of us.” The greater part of my uneasy feelings then disappeared in an instant. 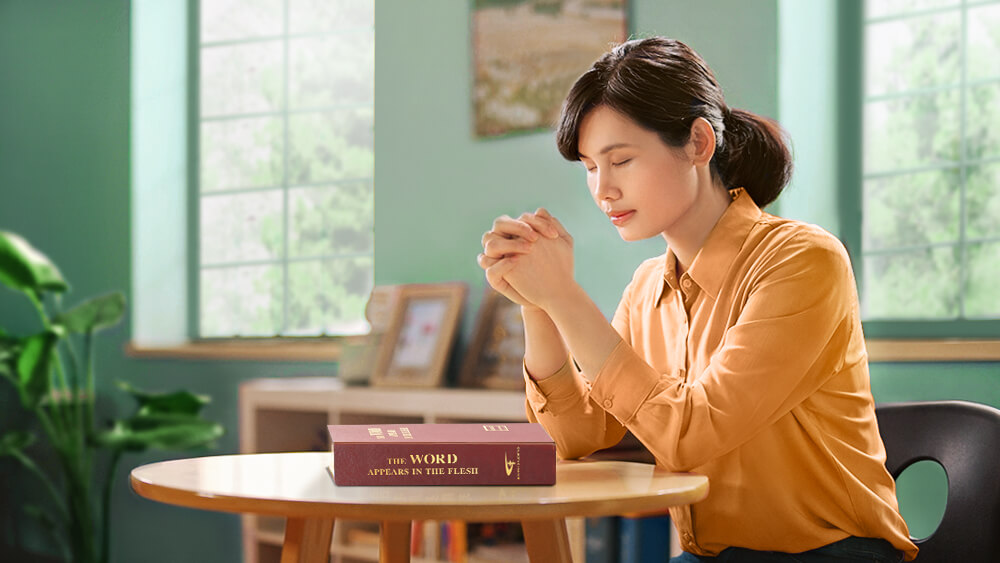 Just as I was starting to get comfortable in my state of self-consolation, a passage in a sermon drifted into my mind: “If one brings worldly views into God’s family, then they are conceptions and they defy God. Many people have the same views on things as unbelievers. Because they have no truth within them, once they come into God’s family they use worldly views to view the work of God’s family, to comment on the matters of God’s family, with the result that they hold themselves back, causing themselves to always be weak and negative, to be unable to pursue the truth or pay the price. Is this not created by their ignorance?” (“How to Know Man’s Conceptions and Judgments” in Sermons and Fellowship III). These words made me think of my reaction a moment ago. When I thought of how I hadn’t done well at my work, my heart felt very heavy and I was constantly worried about being replaced. But when I knew that my co-workers had also not done their work well, I felt immediately relieved, and thought with an easy conscience that it wasn’t just me whose work had not achieved anything. If our superior was to deal with us, then everyone would have their share. We could not possibly be all replaced. Wasn’t this type of thinking dominated by Satan’s poison: “It is not a sin if everyone does it”? Wasn’t I really using Satan’s viewpoint to measure the principles of the church’s work? I wasn’t performing my duty well, and I wasn’t seeking the truth or reflecting on myself, but instead I was finding excuses and reasons to comfort and indulge myself—wasn’t I harming myself by doing this? Wasn’t I defying God? Thinking back, there were many times when I accepted the domination of this viewpoint of Satan’s to forgive myself. For a while, I lived in the flesh with no entry into life and, although worried about my own salvation, when I saw some brothers and sisters having also made no entry into the truth, I became free from anxiety and stopped giving myself a hard time. I thought now that so many of us had made such a shallow entry into life, God couldn’t possibly sift us all out. I therefore lived in a laissez-faire state of self-indulgence, carrying no real burden for my own life. When I hadn’t written any articles for a long time, I hadn’t satisfied God’s will and felt self-reproach, I would see that some other brothers and sisters hadn’t written articles either, and so would think that it wasn’t a big deal. In any case, I wasn’t the only one who wasn’t writing articles, and so the feeling of self-reproach would vanish, and much less did I seek or contemplate the truth on this matter. When I didn’t see any result from my gospel work, I would feel anxious, and would think about how to cooperate so as to achieve good results. But when I saw others achieving no better result than me with their gospel work, I would feel at ease, thinking that it wasn’t a problem, and that it wasn’t just me who achieved nothing. I would then be much less conscientious in the gospel work. At that time, I saw that the viewpoint of Satan—“It is not a sin if everyone does it”—had taken root in my heart so very deeply. Under the domination of this viewpoint, I was constantly muddling through and indulging myself when performing my duties, wasn’t putting my all into them and wasn’t seeking the best possible outcome. I hadn’t performed the function a created being should perform and I’d caused great loss to the work of the church. Harmed by this poison of Satan, I was always just muddling along in the course of my following God. Although I was expending myself for God, in my heart I did not take the truth seriously, and I did not care about or focus on my own entry into life; I had no objective to pursue, no direction in life. This had led me to believe in God for many years without achieving any reality of the truth, and my corrupt disposition had changed little. I completely had no conscience, reason, integrity or dignity that a normal person should possess. I was really harmed so badly by this poison of Satan!

Thinking carefully, I had been living within my own imagination and conceptions all the while, believing in “It is not a sin if everyone does it,” that if many people commit the sin then God will let us slip through the net and not hold anyone accountable, never thinking whether or not God would actually treat people this way. At that time, I couldn’t help thinking of God’s words, that say: “He who defies the work of God shall be sent to hell; any country that defies the work of God shall be destroyed; any nation that rises up to oppose the work of God shall be wiped from this earth and shall cease to exist” (“God Presides Over the Fate of All Mankind” in The Word Appears in the Flesh). God’s words made me tremble with fear. I saw that God’s disposition will not allow anyone to commit offense and that He will not base His decision on whether or not to destroy man on the number of sinners, but rather on man’s attitude toward God and on whether or not they possess the truth. I thought of the people in the time of Noah who, because of Satan’s corruption, shunned God and did not worship Him, and lived in wickedness and promiscuity, becoming so degenerate that God destroyed all that lived in that time apart from Noah’s family. His destruction of the city of Sodom was also like this. Now the people in the last days have reached several billion, a number far surpassing those in Noah’s day. The degree of sin has also far surpassed the sins of those days, but it has never said in God’s words that those who commit all manner of evil deeds may be exempted from being chastised because there are so many of sinners in the last days. The ones God saves and perfects are those who yearn for the light, who sincerely believe in God and pursue the truth and who pursue dispositional change. Even if these people commit some transgressions, God still gives them a chance, allowing them to repent and pursue change. But as for those who believe in God but who don’t pursue the truth at all, like a Hanhao bird, God only abhors them, detests them and rejects them; if these people never repent, then in the end God will destroy them. Only then did I see how little I had understood God’s disposition. I didn’t understand that God is a righteous, holy God who does not allow man to commit offense, to the extent that I had been confounded by Satan’s poisons and had fallen into its cunning schemes. Today, if it had not been for God’s enlightenment, I would still be living in sin without thinking it was sin, and in the end I would have been unable to gain the truth, my corrupt dispositions would not have changed at all, and I would have been punished by God without even knowing how I died—it really had been so dangerous!

I give thanks to God for His enlightenment that made me wake up from Satan’s deception and realize that “It is not a sin if everyone does it” was entirely a heretical fallacy of Satan. It was Satan’s cunning scheme to harm and ruin people. And from God’s words I saw that God is righteous, that God’s disposition will not allow any offense, that God will base the final decision on people’s end on whether or not they have the truth, and that He will not show exceptional mercy on someone who has no truth and who has not had their corrupt disposition changed. From today on, I wish to spare no effort in pursuing the truth, in pursuing to understand God, to base my view of all things on God’s words, to use God’s words as the standard by which I will make strict demands of myself, to abandon all the lies and deceptions of Satan, and to seek to be one who lives according to the truth.

Previous: God’s Word Turned My Wrong Ideas and Viewpoints Around
Next: A Brief Talk About the Source of the World’s Darkness and Evil

How I Reported an Antichrist

By Wenjing, China A few years ago, I returned to my local church from out of town to do my duty. When I heard the leader, Zhang Xin, say...

An Unforgettable Experience of Sharing the Gospel

By Xiaolian, Italy The experience that left the deepest impression on me happened in April of 2021. I met a Catholic brother online named...

An Arrogant Believer’s Process of Transformation

Through time after time of Almighty God’s judgment and chastisement, my arrogant disposition was gradually changed. I could become a low-key person, I could patiently listen to others speak, and I could take heed of others’ suggestions. I could solicit the opinions of my brothers and sisters on some issues, and I could collaborate harmoniously with them.

Treating Leaders According to Principle

By Xiaoqing, China In the summer of 2016, I was pretty new to a leadership position in the church. One day Sister Wang, an upper leader,...