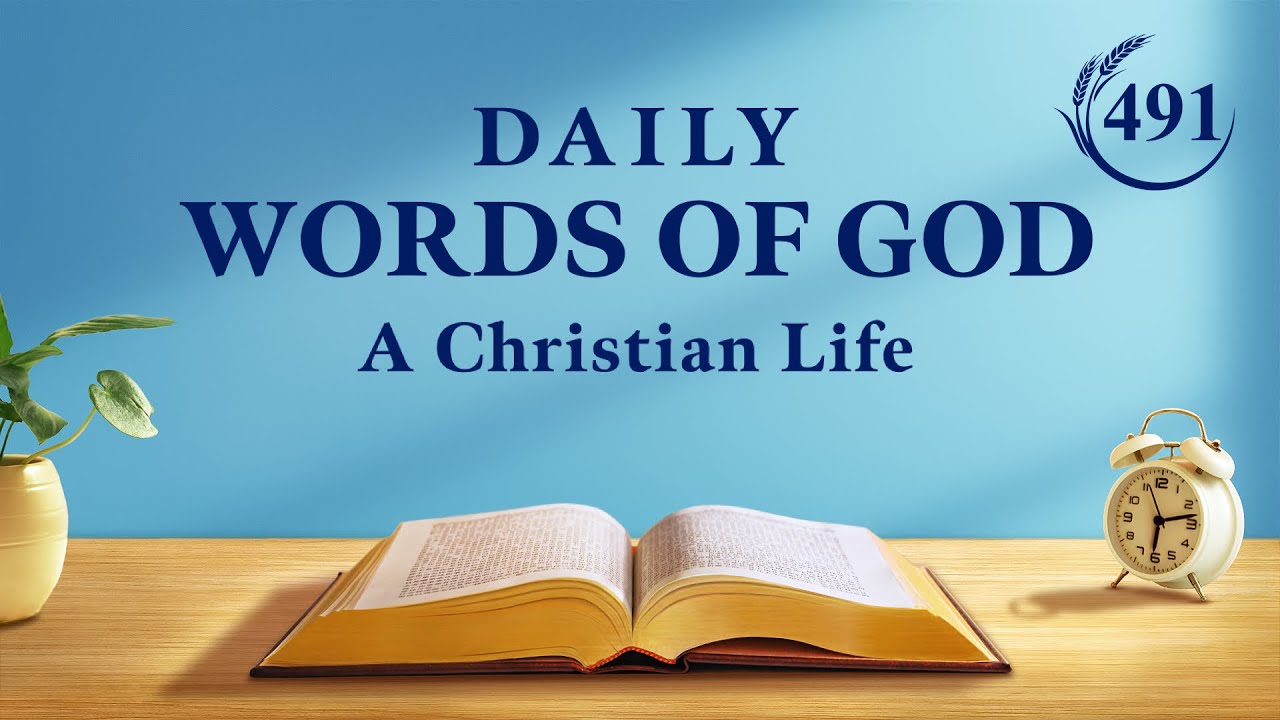 During God’s time in the flesh, the submission He requires of people does not involve refraining from making judgments or resisting, as they imagine; rather, He requires that people use His words as their principle to live by and the foundation of their survival, that they absolutely put the essence of His words into practice, and that they completely satisfy His will. One aspect of requiring people to submit to God incarnate refers to putting His words into practice, while another aspect refers to being able to submit to His normality and practicality. These must be both absolute. Those who can achieve both of these aspects are all those who harbor genuine love for God in their hearts. They are all people who have been gained by God, and they all love God as they love their own lives. God incarnate bears normal and practical humanity in His work. In this way, His exterior shell of both normal and practical humanity becomes an enormous trial for people; it becomes their greatest difficulty. However, God’s normality and practicality cannot be avoided. He tried everything to find a solution, but in the end could not rid Himself of the exterior shell of His normal humanity. This was because, after all, He is God become flesh, not the God of the Spirit in heaven. He is not the God that people cannot see, but the God wearing the shell of a member of creation. Thus, ridding Himself of the shell of His normal humanity would by no means be easy. Therefore, no matter what, He still does the work that He wants to do from the perspective of the flesh. This work is the expression of the normal and practical God, so how could it be okay for people to not submit? What on earth can people do about the actions of God? He does whatever He wants to do; whatever He is happy with is just the way it is. If people do not submit, then what other sound plans can they have? So far, only submission has been able to save people; no one has had any other bright ideas. If God wants to test people, what can they do about it? However, all of this was not thought up by God in heaven; it was thought up by God incarnate. He wants to do this, so no person can change it. God in heaven does not interfere with what God incarnate does, so is this not even more reason why people should submit to Him? Although He is both practical and normal, He is completely the God become flesh. Based on His own ideas, He does whatever He wants to. God in heaven has handed over all tasks to Him; you must submit to whatever He does. Although He has humanity and is very normal, He has deliberately arranged all of this, so how can people glare at Him with their eyes wide with disapproval? He wants to be normal, so He is normal. He wants to live within humanity, so He lives within humanity. He wants to live within divinity, so He lives within divinity. People can see it however they want, but God will always be God and humans will always be humans. His essence cannot be denied because of some minor detail, nor can He be pushed outside of the “person” of God because of one little thing. People have the freedom of human beings, and God has the dignity of God; these do not interfere with each other. Can people not give God a little freedom? Can they not tolerate God’s being a little more casual? Do not be so strict with God! Each should have tolerance for one another; would everything not then be settled? Would any estrangement still exist? If one cannot tolerate such a trivial matter, then how can they even think of being a magnanimous person or a true man? It is not God who causes difficulty for mankind, but mankind who causes difficulty for God. They are always handling things by making mountains out of molehills. They really do make something out of nothing, and it is so unnecessary! When God works within normal and practical humanity, what He does is not the work of mankind, but the work of God. However, humans do not see the essence of His work; they always just see the exterior shell of His humanity. They have not seen such great work, yet they insist on seeing His ordinary and normal humanity, and will not let go of it. How can this be called submitting before God? God in heaven has now “turned into” God on earth, and God on earth is now God in heaven. It does not matter if Their external appearances are the same, nor does it matter just how exactly They work. In the end, He who does God’s own work is God Himself. You must submit whether you want to or not—this is not a matter in which you have a choice! God must be obeyed by humans, and humans must absolutely submit to God without the slightest bit of pretense.

The group of people whom God incarnate wants to gain today are those who conform to His will. They need only submit to His work, and stop constantly concerning themselves with the ideas of God in heaven, living in vagueness, and making things difficult for God in the flesh. Those who are able to obey Him are those who absolutely listen to His words and submit to His arrangements. Such people pay no mind at all to what God in heaven might really be like or what kind of work God in heaven might currently be doing among mankind; they fully give their hearts to God on earth and they place their entire beings before Him. They never give any consideration to their own safety, nor do they ever make a fuss over the normality and practicality of God in the flesh. Those who submit to God in the flesh can be perfected by Him. Those who believe in God in heaven will gain nothing. This is because it is not God in heaven, but God on earth, who bestows promises and blessings upon people. People should not always magnify God in heaven while seeing God on earth as a mere average person; this is unfair. God in heaven is great and wonderful with marvelous wisdom, yet this does not exist at all; God on earth is very average and insignificant, and is also very normal. He does not have an extraordinary mind or perform earth-shattering acts; He simply works and speaks in a very normal and practical manner. While He does not speak through thunder or summon the wind and the rain, He truly is the incarnation of God in heaven, and He really is the God living amongst humans. People must not magnify the one whom they are able to understand and who corresponds to their own imaginations as God, while seeing the one they cannot accept and absolutely cannot imagine as being lowly. All of this comes from people’s rebelliousness; it is all the source of mankind’s resistance to God.