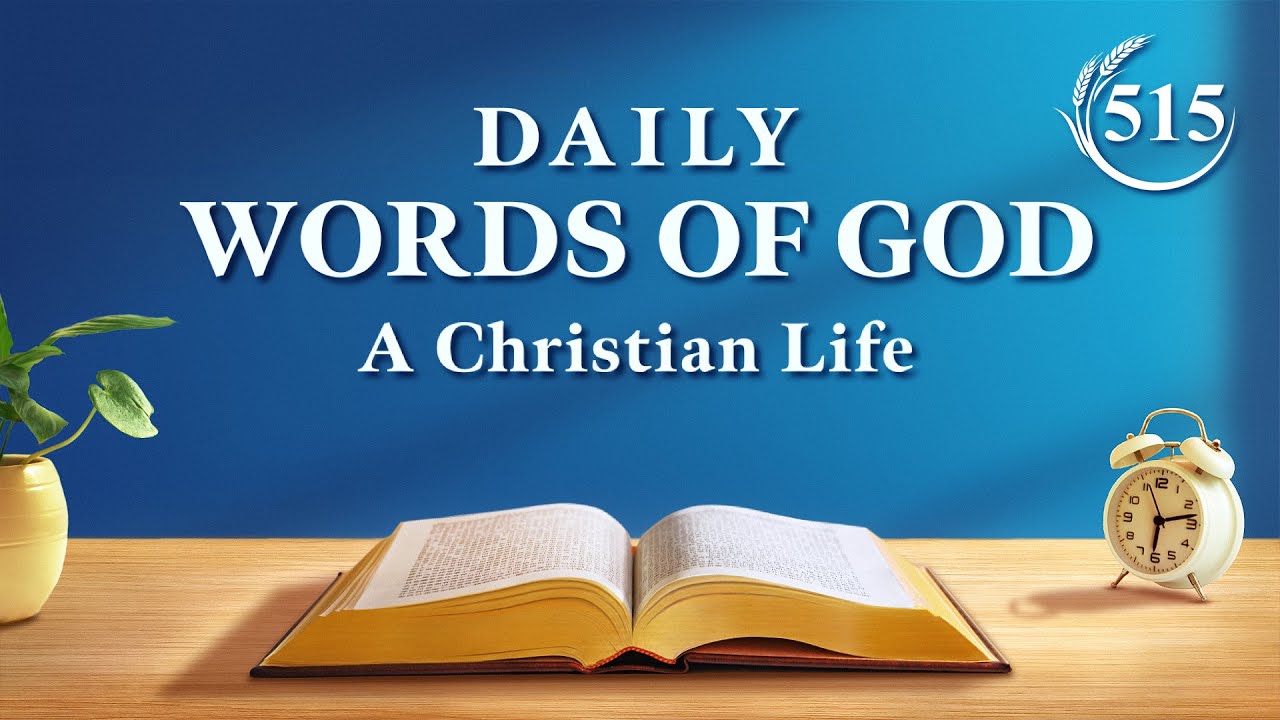 The purpose of the work of refinement is primarily to perfect people’s faith and ultimately to cause you to reach a state where you want to leave but you cannot, where some people may be bereft of even a single shred of hope yet they still have their faith, where people no longer hold on to any hopes for their own future prospects. Only at this time will God’s refinement be finished. Man still has not reached the stage of hovering between life and death, and they have not tasted death, so the process of refinement is not yet finished. Even those who were at the step of the service-doers were not refined to the utmost. Job underwent extreme refinement, and he had nothing to rely on. People must undergo refinements to the point that they have no hope and nothing to rely on—only this is true refinement. During the time of the service-doers, if your heart was always quiet before God, and if no matter what He did and no matter what His will for you was, you always obeyed His arrangements, then at the end of the road you would understand everything that God had done. You undergo the trials of Job, and at the same time you undergo the trials of Peter. When Job was tested, he stood witness, and in the end, Jehovah was revealed to him. Only after he stood witness was he worthy of seeing the face of God. Why is it said: “I hide from the land of filth but show Myself to the holy kingdom”? That means that only when you are holy and stand witness can you have the dignity to see the face of God. If you cannot stand witness for Him, you do not have the dignity to see His face. If you retreat or make complaints against God in the face of refinements, thus failing to stand witness for Him and becoming Satan’s laughing stock, then you will not gain the appearance of God. If you are like Job, who in the midst of trials cursed his own flesh and did not complain against God, and was able to detest his own flesh without complaining or sinning through his words, then you will be standing witness. When you undergo refinements to a certain degree and can still be like Job, utterly obedient in front of God and without other requirements of Him or your own notions, then God will appear to you. Now God does not appear to you because you have so many of your own notions, personal prejudices, selfish thoughts, individual requirements and fleshly interests, and you are not worthy of seeing His face. Were you to see God, you would measure Him through your own notions and, in so doing, He would be nailed to the cross by you. If many things come upon you that do not align with your notions but yet you are able to put them aside and gain knowledge of God’s actions from these things, and if in the midst of refinements you reveal your heart of love for God, then this is standing witness. If your home is peaceful, you enjoy comforts of the flesh, no one is persecuting you, and your brothers and sisters in the church obey you, can you display your heart of love for God? Can this situation refine you? It is only through refinement that your love for God can be shown, and it is only through things occurring that do not align with your notions that you can be perfected. With the service of many contrary and negative things, and by employing all sorts of Satan’s manifestations—its actions, its accusations, its disturbances and deceptions—God shows you Satan’s hideous face clearly, and thereby perfects your ability to distinguish Satan, that you may hate Satan and forsake it.