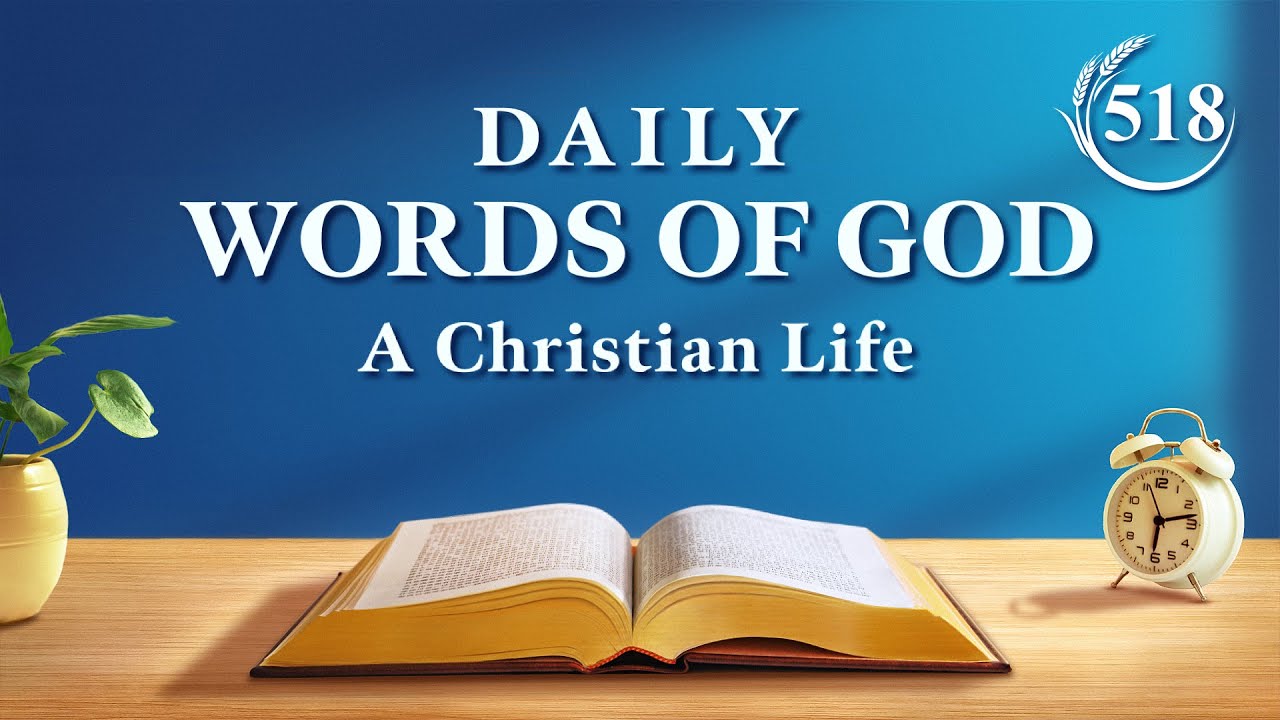 It is heaven’s law and earth’s principle to believe in God and know God, and today—during an age when God incarnate personally does His work—is a particularly good time to know God. Satisfying God is achieved upon the foundation of understanding God’s will, and to understand God’s will, it is necessary to know God. This knowledge of God is the vision that a believer must have; it is the basis of man’s belief in God. If man does not have this knowledge, then his belief in God is vague, and lies in empty theory. Though it is the resolution of people like this to follow God, they obtain nothing. All those who obtain nothing in this stream are the ones who will be eliminated, and they are the people who are merely doing the bare minimum. Whichever step of God’s work you experience, you should be accompanied by a mighty vision. Without such a vision, it would be difficult for you to accept each step of new work, for man is incapable of imagining the new work of God, it is beyond man’s conception. And so without a shepherd to tend to man, without a shepherd to fellowship about the visions, man is incapable of accepting this new work. If man cannot receive the visions, then he cannot receive the new work of God, and if man cannot obey God’s new work, then man is incapable of understanding God’s will, and so his knowledge of God amounts to nothing. Before man carries out the words of God, he must know the words of God, that is, understand God’s will; only in this way can God’s words be carried out accurately and according to God’s heart. This must be possessed by everyone who seeks the truth, and is the process that must be experienced by everyone who tries to know God. The process of knowing the words of God is the process of knowing God, and also the process of knowing the work of God. And so, knowing the visions not only refers to knowing the humanity of God incarnate, but also includes knowing the words and work of God. From the words of God people come to understand God’s will, and from the work of God they come to know God’s disposition and what God is. Belief in God is the first step to knowing God. The process of advancing from the initial belief in God to the most profound belief in God is the process of knowing God, and the process of experiencing the work of God. If you only believe in God for the sake of believing in God, and do not believe in God in order to know God, then there is no reality to your belief, and it cannot become pure—of this there is no doubt. If, during the process by which he experiences God, man gradually comes to know God, then his disposition will gradually change, and his belief will become increasingly true. In this way, when man achieves success in belief in God, he will completely gain God. God went to such great lengths to become flesh for the second time and personally do His work so that man would be able to know Him, and would be able to see Him. Knowing God is the final effect to be achieved at the end of God’s work; it is God’s final requirement of mankind. He does this for the sake of His final testimony, and so that man may finally and completely turn to Him. Man can only love God by knowing God, and to love God he must know God. No matter how he seeks, or what he seeks to gain, he must be able to achieve the knowledge of God. Only in this way can man satisfy God’s heart. Only by knowing God can man truly believe in God, and only by knowing God can he truly revere and obey God. Those who do not know God shall never truly obey and revere God. Knowing God includes knowing God’s disposition, understanding God’s will, and knowing what God is. Yet whichever aspect of knowing God it is, each requires man to pay a price, and requires the will to obey, without which no one would be able to follow to the end. The work of God is too incompatible with the conceptions of man, God’s disposition and what God is are too difficult for man to know, and all that God says and does is too incomprehensible to man; if man wishes to follow God, but is unwilling to obey God, then man will gain nothing. From the creation of the world until today, God has done much work that is incomprehensible to man and which man has found hard to accept, and God has said much that makes the conceptions of man difficult to heal. Yet He has never ceased His work because man has too many difficulties; He has carried on working and speaking, and even though great numbers of “warriors” have fallen by the wayside, He is still doing His work, and continues to choose group after group of people who are willing to obey His new work. He does not pity those fallen “heroes,” but instead treasures those who accept His new work and words. But to what end does He work in this way, step-by-step? Why is He always eliminating and choosing people? Why does He always employ such method? The aim of His work is for man to know Him, and thus be gained by Him. The principle of His work is to work on those who are able to obey the work He does today, and not to work on those who obey His past work, but oppose His work of today. This is the very reason why He has eliminated so many people.

The effects of the lesson of knowing God cannot be achieved in one or two days: Man must accumulate experiences, undergo suffering, and have true obedience. First of all, start from the work and words of God. You must understand what knowing God includes, how to achieve the knowledge of God, and how to see God during your experiences. This is what everyone must do when they have yet to know God. No one can grasp the work and words of God straight away, and no one can achieve a knowledge of God’s entirety in a short time. What’s required is the necessary process of experience, without which no one would be able to know God or truly follow God. The more work that God does, the more that man knows Him. The more at odds the work of God is with the conceptions of man, the more man’s knowledge of Him is renewed and deepened. If the work of God were to remain forever unchanged, then man would have but a small knowledge of God. From the creation of the world until today, you must know clearly the visions of what God did during the Age of Law, what He did during the Age of Grace, and what He does during the Age of Kingdom. You must know the work of God.

Knowing Him Is God’s Final Requirement of Mankind

Faith in God is the first step to knowing God. The early faith grows to very profound— it’s the process of coming to know God and experiencing the work He does. If your faith in God is just to believe and it’s not for the sake of knowing Him, then there’s no reality to your faith; there’s no doubt you’re not pure in your belief. Knowing God is the final effect that’s achieved when God’s work is complete, the last demand that God makes of man. It’s for His final testimony. The reason God does this work is that man may fully turn to Him at last.

If in the process man goes through God’s work man gradually comes to know God, his disposition will then slowly change, his belief becomes even more honest. When man succeeds in his belief in God, by that time, he’ll have completely gained God. God went great lengths to become flesh again, so that man could know and also see God. Knowing God is the final effect that’s achieved when God’s work is complete, the last demand that God makes of man. It’s for His final testimony. The reason God does this work is that man may fully turn to Him at last. Man can only come to love God by knowing God. And to love God, man must come to understand God. No matter what or how he seeks, he must be able to know God. It’s the sole way to meet God’s will.