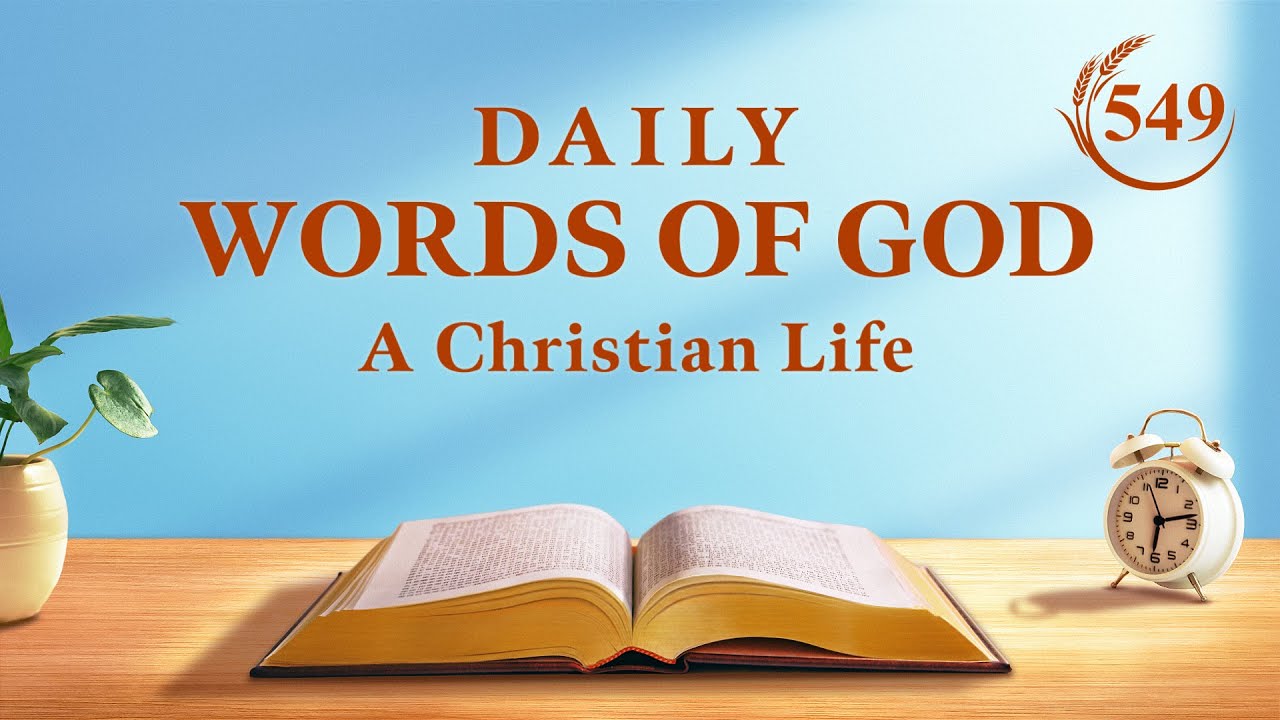 What is it that you seek now? To be perfected by God, to know God, to obtain God—or perhaps you seek to carry yourself in the manner of a Peter of the 90s, or to have faith greater than that of Job, or maybe you seek to be called righteous by God and arrive before the throne of God, or to be able to manifest God on earth and powerfully and resoundingly bear witness for God. Regardless of what you seek, overall, you seek for the sake of being saved by God. No matter if you seek to be a righteous person, if you seek the manner of Peter, or the faith of Job, or to be perfected by God, it is all the work God does on man. In other words, regardless of what you seek, it is all for the sake of being perfected by God, all for the sake of experiencing God’s word, to satisfy God’s heart; whatever you seek, it is all for the sake of discovering the loveliness of God, of searching out a path to practice in real experience with the aim of being able to throw off your own rebellious disposition, achieving a proper state within yourself, being able to completely conform to God’s will, become a correct person, and have a correct motive in everything you do. The reason for you experiencing all of these things is to arrive at knowing God and achieving growth of life. Though what you experience is God’s word and actual events, as well as the people, matters, and things in your surroundings, ultimately you are able to know God and to be perfected by God. To seek to walk the path of a righteous person or seek to put God’s word into practice: these are the running track, while knowing God and being perfected by God are the destination. Whether you now seek perfection by God, or seek to bear witness for God, it is all ultimately in order to know God; it is in order that the work He does in you may not be in vain, so that finally you come to know the reality of God, to know His greatness, and more so to know God’s humbleness and hiddenness, and to know the great amount of work that God does in you. God has humbled Himself to such a level that He does His work in these filthy and corrupt people, and perfects this group of people. God not only became flesh to live and eat among people, to shepherd people, and to provide what people need. More important is that He does His mighty work of salvation and conquest upon these unbearably corrupt people. He came to the heart of the great red dragon to save these most corrupt of people, so that all people may be changed and made new. The immense hardship that God endures is not only the hardship that the God incarnate endures, but most of all it is that God’s Spirit suffers extreme humiliation—He humbles and hides Himself so much that He becomes an ordinary person. God was incarnated and took the form of flesh so that people see that He has a normal human life and normal human needs. This is enough to prove that God has humbled Himself to a great extent. The Spirit of God is realized in the flesh. His Spirit is so high and great, yet He takes the form of a common human, of a negligible human, so as to do the work of His Spirit. The caliber, insight, sense, humanity, and lives of each of you show that you are really unworthy to accept God’s work of this kind. You are really unworthy to let God endure such hardship for your sake. God is so great. He is so supreme, and people are so lowly, yet He still works upon them. He not only was incarnated to provide for people, to speak to people, but He even lives together with people. God is so humble, so lovable. If, as soon as God’s love is mentioned, as soon as God’s grace is mentioned, you shed tears while uttering great praise, if you arrive at this state, then you have true knowledge of God.

God’s Humbleness Is So Lovable

God humbles Himself and does His work on the filthy and corrupt man. To make them perfect, God becomes man; He shepherds and attends to them, comes to the great red dragon’s heart to save and to conquer those corrupt, doing the task of changing and making them new. He humbles Himself to be man and endures the hardship it brings. It’s the supreme Spirit’s great humiliation. God, great and lofty; man, mean and lowly. Yet God speaks, provides, lives among them. He is so humble, so lovable.