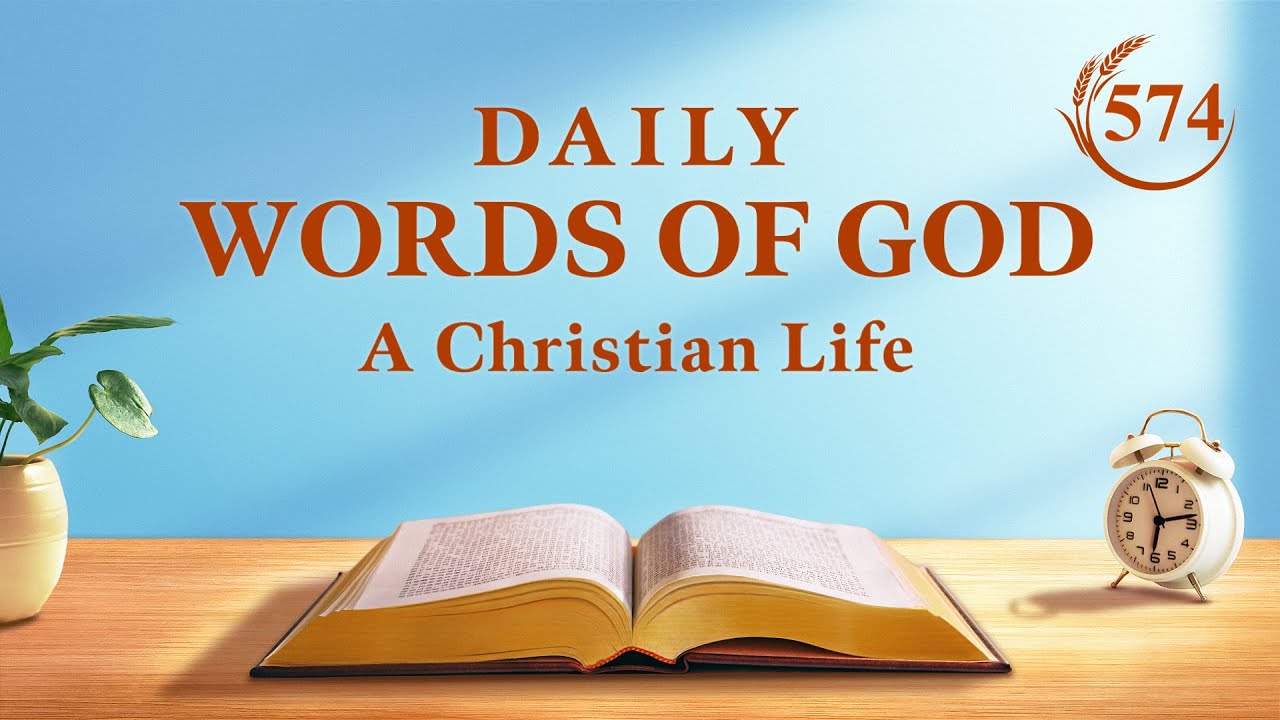 When you did a certain thing, God was very dissatisfied. When you were about to do that thing, did you pray to Him? Did you ever ponder, “How would this matter be viewed by God if it were brought before Him? Would He be happy or irritated if He knew about it? Would He detest it?” You did not seek it out, did you? Even if others reminded you, you would still think that the matter was no big deal, and that it did not run against any principles and was not a sin. As a result, this thing you did offended God’s disposition and provoked Him to great anger, even to the point of His despising you. If you had sought and examined, and seen the matter clearly before acting, would you then not have gotten a handle over it? Even though sometimes people are not in a good state, if they solemnly take everything they are planning on doing before God for investigation and seeking, they will not make any major mistakes. When practicing the truth, it is hard for people to avoid making mistakes, but if you know how to do things in accordance with the truth when you do them, yet you do not carry them out in accordance with truth, then the problem is that you have no love for the truth. The disposition of a person without love for the truth will not be changed. If you cannot accurately grasp God’s will, and do not know how to practice, then you should fellowship with others. If no one feels like they can see the matter clearly, then you should carry out the most reasonable solution. However, if you ultimately discover that in carrying it out this way you have made a slight error, then you should quickly correct it, and then God will not count this error as a sin. Because you had the right intentions when putting this matter into practice, and you were practicing in accordance with the truth and simply did not see it clearly, and your actions resulted in some errors, then this was an extenuating circumstance. However, nowadays many people merely rely on their own two hands to work and on their own minds to do this and that, and they seldom give any consideration to these questions: Does practicing this way conform to God’s will? Would God be happy if I did it this way? Would God trust me if I did it this way? Would I be putting the truth into practice if I did it this way? If God hears of this matter, would He be able to say, “You have done this correctly and suitably. Keep it up”? Are you able to carefully examine every matter you encounter? Can you be serious and meticulous about each of them? Or are you able to ponder whether God despises the way you are doing it, how everyone else feels about your methods, and whether you are doing it based on your own will or to satisfy your own desires…? You have to put more thought into it and seek more, and your mistakes will become smaller and smaller. Doing things in this manner will prove that you are a person who genuinely seeks the truth and that you are one who reveres God, because you are doing things in accordance with the direction that the truth requires.

If a believer’s actions are out of touch with the truth, then he is the same as an unbeliever. This is the type of person who does not have God in his heart, and who leaves God, and such a person is like a hired worker in God’s family who does some odd jobs for his master, receives a little compensation, and then leaves. This is simply not a person who believes in God. Previously, there was mention of what you can do to gain God’s approval. Approval from God is the first thing you should think about and work for; it should be the principle and scope of your practice. The reason you should determine whether what you are doing is in line with the truth is that if it is in line with the truth, then it certainly conforms with God’s will. It is not that you should measure whether the matter is right or wrong, or if it accords with everyone else’s tastes, or if it is in line with your own desires; rather, you should determine whether it is in accordance with the truth, and whether or not it benefits the work and interests of the church. If you give consideration to these things, then you will be more and more in line with God’s will when you do things. If you do not consider these aspects, and merely rely on your own will when doing things, then you are guaranteed to do them incorrectly, because the will of man is not the truth and, of course, is incompatible with God. If you wish to be approved by God, then you must practice according to the truth rather than according to your own will. Some people engage in certain private matters in the name of fulfilling their duties. Their brothers and sisters then see this as inappropriate, and reproach them for it, but these people do not accept the blame. They think that because it was a personal matter that did not involve the church’s work, finances, or people, it therefore does not count as violating the scope of the truth, and God should not interfere in this matter. Some things might seem to you to be private matters that do not involve any principle or truth. However, looking at the thing you did, you were being very selfish in that you gave no consideration to the work of God’s family or how what you did would affect it; you were only considering your own benefit. This already involves the propriety of the saints, as well as issues to do with a person’s humanity. Even though what you were doing did not involve the interests of the church, nor did it involve the truth, engaging in a private matter while claiming to be performing your duty is not in line with the truth. Regardless of what you are doing, how big or small a matter is, and whether you are doing it to fulfill your duty in God’s family or for your own private reasons, you must consider whether what you are doing conforms with God’s will, as well as whether it is something that a person with humanity should do. If you seek the truth like that in everything you do, then you are a person who truly believes in God. If you devoutly treat every matter and every truth in this way, then you will be able to achieve changes in your disposition. Some people think that when they are doing something personal, they can just ignore the truth, do it as they wish, and do it in whatever way makes them happy and in whatever manner is advantageous to them. They do not give the slightest consideration to how it might affect God’s family, nor do they consider whether or not what they are doing befits saintly propriety. Finally, once they are finished with the matter, they grow dark inside and feel uncomfortable, though they do not know why. Is this retribution not deserved? If you do things that are not approved by God, then you have offended God. If someone does not love the truth, and frequently does things based on their own will, then they will frequently offend God. Such people are ordinarily not approved by God in what they do, and if they do not repent, then punishment will not be very far off.