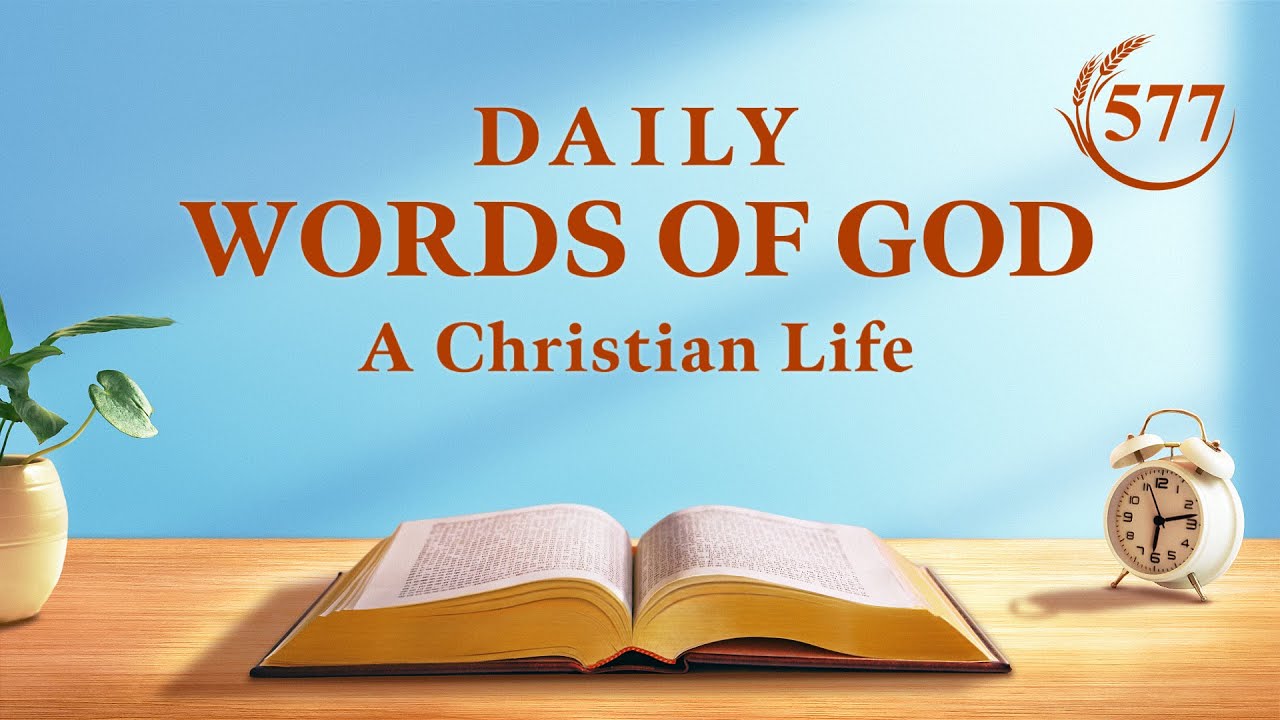 There is a fundamental principle of the Lord of creation’s treatment of created beings, which is also the highest principle. How He treats created beings is completely based on His management plan and on His requirements; He does not need to consult any single person, nor does He need to get any single person to agree with Him. Whatever He ought to do and however He ought to treat people, He does, and, no matter what He does or how He treats people, it all accords with the principles by which the Lord of creation works. As a created being, the only thing to do is submit; there should not be any other choice. What does this show? It shows that the Lord of creation will always be the Lord of creation; He has the power and the qualifications to orchestrate and rule over any created being as He pleases, and does not need a reason to do so. This is His authority. There is not one among the beings of creation who, insofar as they are created beings, has the power or is qualified to pass judgment on how the Creator should act or on whether what He does is right or wrong, nor is any created being qualified to choose whether they should be ruled over, orchestrated, or disposed of by the Lord of creation. Likewise, not a single created being has the qualifications to choose how they are ruled over and disposed of by the Lord of creation. This is the highest truth. No matter what the Lord of creation has done to His created beings, and no matter how He has done it, the humans He created should do only one thing: Seek, submit, know, and accept this fact put in place by the Lord of creation. The final result will be that the Lord of creation will have accomplished His management plan and completed His work, having caused His management plan to progress without any obstructions; meanwhile, because the created beings have accepted the Creator’s rule and arrangements, and submitted to His rule and arrangements, they will have gained the truth, understood the Creator’s will, and come to know His disposition. There is yet another principle I must tell you: No matter what the Creator does, no matter how He manifests, and no matter whether what He does is a great deed or a small one, He is still the Creator; whereas all mankind, which He created, regardless of what they have done, and regardless of how talented or favored they might be, remain created beings. As for created humanity, no matter how much grace and how many blessings they have received from the Creator, or how much mercy, lovingkindness, or benevolence, they should not believe themselves to stand apart from the masses, or think they can be on equal footing with God and that they have become highly ranked among created beings. Regardless of how many gifts God has bestowed on you, or how much grace He has given you, or how kindly He has treated you, or whether He has given you a few special talents, none of these are your assets. You are a created being, and you will thus forever be a created being. You must never think, “I am a little darling in the hands of God. He would not raise a hand to me. God’s attitude toward me will always be one of love, care, and gentle caresses, with warm whispers of comfort and encouragement.” To the contrary, in the eyes of the Creator, you are the same as all other created beings; God can use you as He wishes, and can also orchestrate you as He wishes, and He can arrange as He wishes for you to play every role among all sorts of people, events, and things. This is the knowledge people should have, and the good sense that they should possess. If one can understand and accept these words, their relationship with God will grow more normal, and they will establish a most legitimate relationship with Him; if one can understand and accept these words, they will orient their station properly, assume their place there, and uphold their duty.