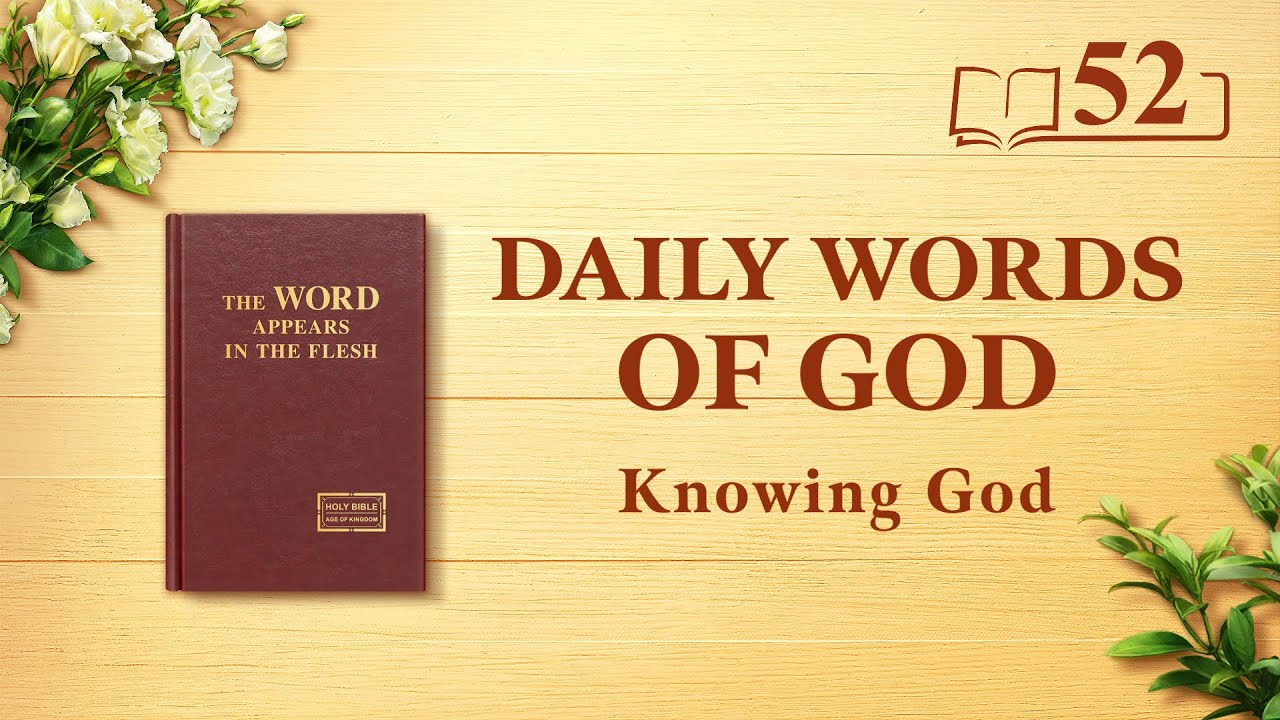 Although most people now recognize that Job was perfect and upright, and that he feared God and shunned evil, this recognition doesn’t give them a greater understanding of God’s intention. At the same time as envying Job’s humanity and pursuit, they ask the following question of God: Job was so perfect and upright, people adore him so much, so why did God hand him over to Satan and subject him to so much torment? Such questions are bound to exist in many people’s hearts—or rather, this doubt is the question in many people’s hearts. Since it has confounded so many people, we must lay this question on the table and explain it properly.

Everything that God does is necessary, and possessed of extraordinary significance, for all that He does in man concerns His management and the salvation of mankind. Naturally, the work that God did in Job is no different, even though Job was perfect and upright in the eyes of God. In other words, regardless of what God does or the means by which He does it, regardless of the cost, or His objective, the purpose of His actions does not change. His purpose is to work into man God’s words, God’s requirements, and God’s will for man; in other words, it is to work into man all that God believes to be positive in accordance with His steps, enabling man to understand God’s heart and comprehend God’s substance, and allowing him to obey God’s sovereignty and arrangements, and thus allowing man to attain the fear of God and shunning of evil—all of which is one aspect of God’s purpose in all He does. The other aspect is that, because Satan is the foil and serving object in God’s work, man is often given to Satan; this is the means God uses to allow people to see the wickedness, ugliness, and contemptibility of Satan amid Satan’s temptations and attacks, thus causing people to hate Satan and be able to know and recognize that which is negative. This process allows them to gradually free themselves from Satan’s control, and from Satan’s accusations, interference, and attacks—until, thanks to God’s words, their knowledge and obedience of God, and their faith in God and fear of Him, they triumph over the attacks of Satan, and triumph over the accusations of Satan; only then will they have been completely delivered from the domain of Satan. People’s deliverance means that Satan has been defeated, it means that they are no longer the food in Satan’s mouth—that instead of swallowing them, Satan has relinquished them. This is because such people are upright, because they have faith, obedience, and fear toward God, and because they completely break with Satan. They bring shame upon Satan, they make a coward of Satan, and they utterly defeat Satan. Their conviction in following God, and obedience to and fear of God defeat Satan, and make Satan completely give them up. Only people such as this have truly been gained by God, and it is this which is God’s ultimate objective in saving man. If they wish to be saved, and wish to be completely gained by God, then all those who follow God must face temptations and attacks both great and small from Satan. Those who emerge from these temptations and attacks and are able to fully defeat Satan are those who have been saved by God. Which is to say, those who have been saved unto God are those who have undergone God’s trials, and who have been tempted and attacked by Satan an untold number of times. Those who have been saved unto God understand God’s will and requirements, and are able to acquiesce to God’s sovereignty and arrangements, and they do not forsake the way of fearing God and shunning evil amid Satan’s temptations. Those who are saved unto God possess honesty, they are kindhearted, they differentiate between love and hate, they have a sense of justice and are rational, and they are able to care for God and treasure all that is of God. Such people are not bound, spied upon, accused, or abused by Satan, they are completely free, they have been completely liberated and released. Job was just such a man of freedom, and this is precisely the significance of why God handed him over to Satan.

Job was abused by Satan, but he also gained eternal freedom and liberation, and gained the right to never again be subjected to Satan’s corruption, abuse, and accusations, to instead live in the light of God’s countenance free and unencumbered, and to live amid God’s blessings to him. No one could take away, or destroy, or procure this right. It was given to Job in return for his faith, determination, and obedience to and fear of God; Job paid the price of his life to win joy and happiness on earth, to win the right and entitlement, ordained by Heaven and acknowledged by earth, to worship the Creator without interference as a true creature of God on earth. Such was also the greatest outcome of the temptations endured by Job.

When people have yet to be saved, their lives are often interfered with, and even controlled by, Satan. In other words, people who have not been saved are prisoners to Satan, they have no freedom, they have not been relinquished by Satan, they are not qualified or entitled to worship God, and they are closely pursued and viciously attacked by Satan. Such people have no happiness to speak of, they have no right to a normal existence to speak of, and moreover they have no dignity to speak of. Only if you stand up and do battle with Satan, using your faith in God and obedience to, and fear of God as the weapons with which to fight a life-and-death battle with Satan, such that you fully defeat Satan and cause it to turn tail and become cowardly whenever it sees you, so that it completely abandons its attacks and accusations against you—only then will you be saved and become free. If you are determined to fully break with Satan, but are not equipped with the weapons that will help you defeat Satan, then you will still be in danger; as time goes on, when you have been so tortured by Satan that there is not an ounce of strength left in you, yet you have still been unable to bear testimony, have still not completely freed yourself of Satan’s accusations and attacks against you, then you will have little hope of salvation. In the end, when the conclusion of God’s work is proclaimed, you will still be in the grip of Satan, unable to free yourself, and thus you will never have a chance or hope. The implication, then, is that such people will be completely in Satan’s captivity.