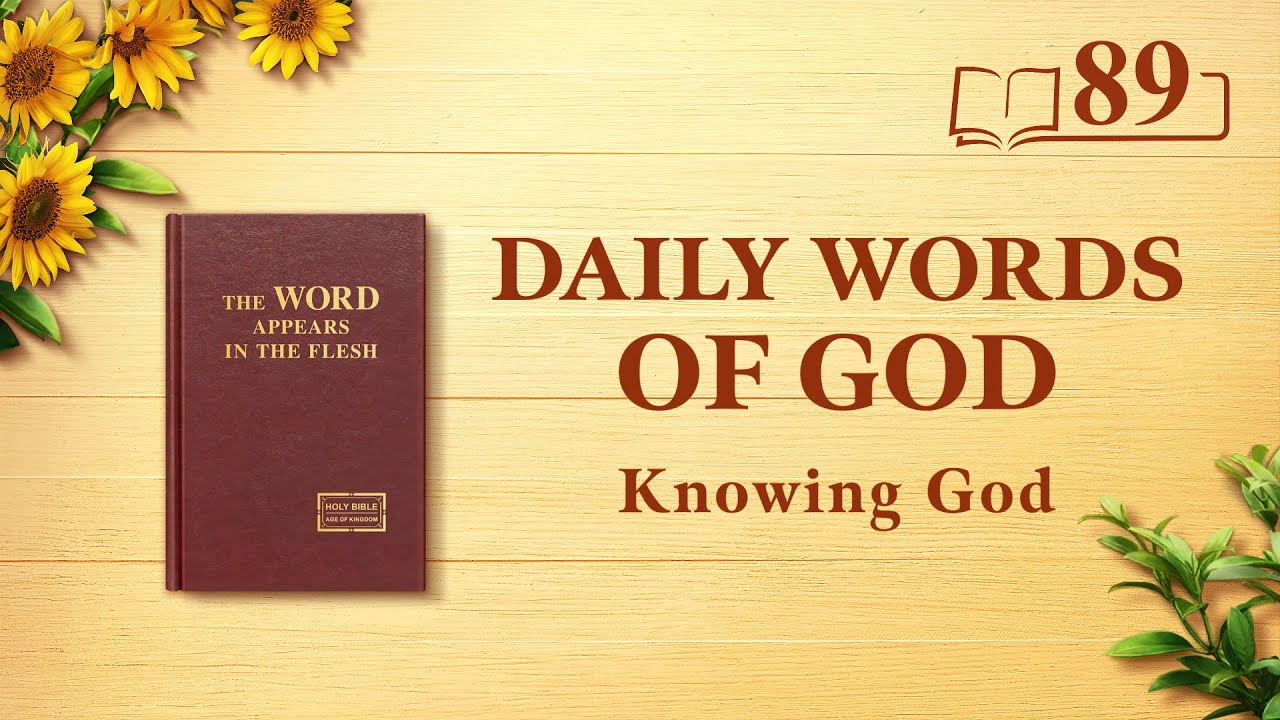 Under the Authority of the Creator, All Things Are Perfect

All things created by God, including those which could move and those which could not, such as birds and fish, such as trees and flowers, and including the livestock, insects, and wild animals made on the sixth day—they were all good with God, and, furthermore, in the eyes of God, these things, in accordance with His plan, had all attained the acme of perfection, and had reached the standards that God wished to achieve. Step by step, the Creator did the work He intended to do according to His plan. One after the other, the things He intended to create appeared, and the appearance of each was a reflection of the Creator’s authority, and a crystallization of His authority, and because of these crystallizations, all creatures could not help but be thankful for the grace of the Creator, and the provision of the Creator. As the miraculous deeds of God manifested themselves, this world swelled, piece by piece, with all of the things created by God, and it changed from chaos and darkness into clarity and brightness, from deathly stillness to liveliness and limitless vitality. Among all things of creation, from the great to the small, from the small to the microscopic, there was none which was not created by the authority and power of the Creator, and there was a unique and inherent necessity and value to the existence of each creature. Regardless of the differences in their shape and structure, they had but to be made by the Creator to exist under the authority of the Creator. Sometimes people will see an insect, one which is very ugly, and they will say, “That insect is so horrible, there’s no way such an ugly thing could have been made by God—there’s no way He would create something so ugly.” What a foolish view! What they should say is, “Though this insect is so ugly, it was made by God, and so it must have its own unique purpose.” In the thoughts of God, He intended to give each and every appearance, and all sorts of functions and uses, to the various living things He created, and so none of the things God made were cut from the same mold. From their exterior to their internal composition, from their living habits to the location that they occupy—each is different. Cows have the appearance of cows, donkeys have the appearance of donkeys, deer have the appearance of deer, and elephants have the appearance of elephants. Can you say which is the best looking, and which is the ugliest? Can you say which is the most useful, and the existence of which is the least necessary? Some people like the way elephants look, but no one uses elephants to plant fields; some people like the way lions and tigers look, for their appearance is the most impressive amongst all things, but can you keep them as pets? In short, when it comes to all things, man should defer to the authority of the Creator, which is to say, defer to the order appointed by the Creator to all things; this is the wisest attitude. Only an attitude of searching for, and obedience to, the original intentions of the Creator is the true acceptance and certainty of the authority of the Creator. It is good with God, so what reason does man have to find fault?

Thus, all things under the authority of the Creator shall play a new symphony for the sovereignty of the Creator, shall commence a brilliant prelude for His work of the new day, and at this moment the Creator shall also open a new page in the work of His management! According to the law of the shoots of spring, ripening of summer, autumn’s harvest, and winter’s storage appointed by the Creator, all things shall echo with the Creator’s plan of management, and they shall welcome their own new day, new beginning, and new life course, and they shall soon reproduce in endless succession in order to welcome each day under the sovereignty of the Creator’s authority …

All Under the Creator’s Authority Is Utterly Perfect

All the things that God has made, everything that can move and everything that can’t, like birds and fish, flowers and trees, livestock, insects and wild animals, they were all good with God, and in the eyes of God, in accordance with His plan, were at the height of perfection, achieving all the things God wished they would achieve.

Among all things of creation, from amongst the greatest to the very small, from the small to the microscopic, there was none not created by the Creator’s authority, by the Creator’s power. There was unique, inherent necessity and value to the existence of each and every creature. No matter what shape and structure they have, they all exist under His authority.

Yes, according to the law of the shoots of spring, the ripening of summer, autumn’s harvest, winter’s storage, all of which assigned by the Creator, all things shall echo with God’s own management plan, shall welcome their own new day, new beginning, new life course. They shall soon reproduce in endless succession, so they may welcome in each new day, under the reign of His authority. All is utterly perfect.