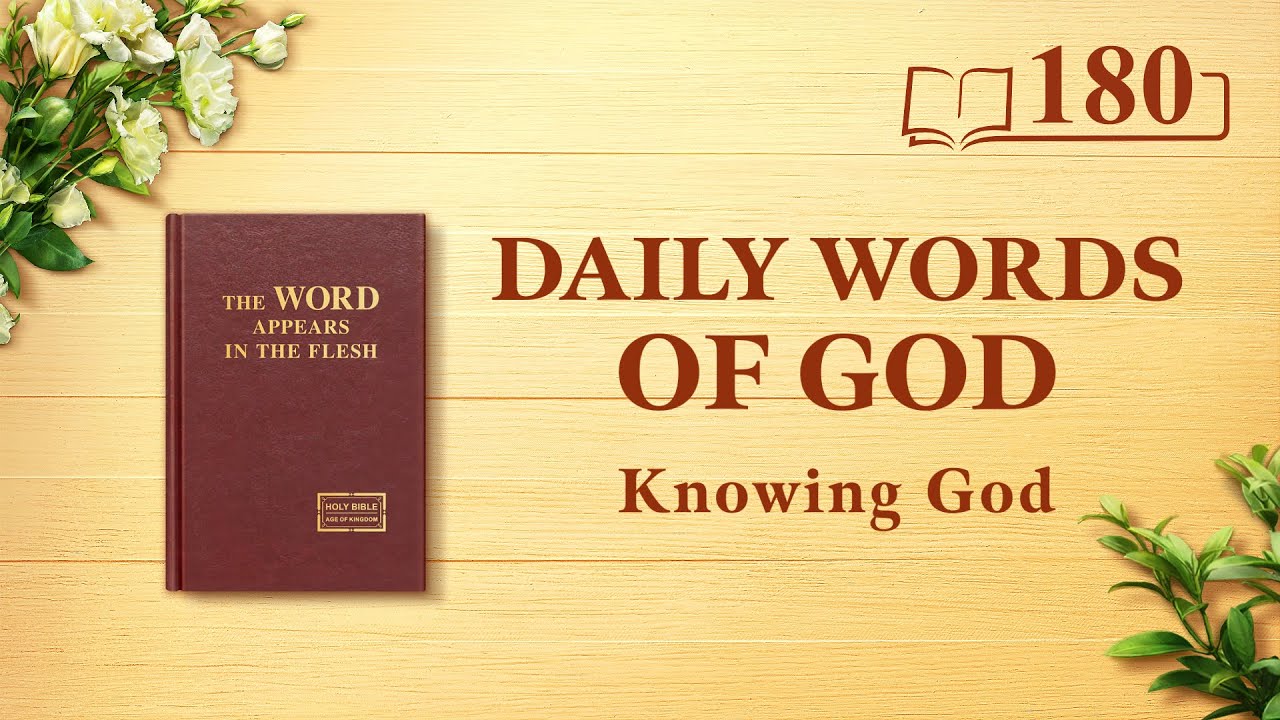 First, when God created all things, He drew boundaries for mountains, plains, deserts, hills, rivers, and lakes. On the earth there are mountains, plains, deserts, hills, as well as various bodies of water—what are all of these? Aren’t they different terrains? God drew boundaries between all these different terrains. When we speak of drawing boundaries, what does that mean? It means that mountains have their delineations, plains have their own delineations, deserts have a certain scope, and hills have a fixed area. There is also a fixed quantity of bodies of water such as rivers and lakes. That is, when God created all things He divided everything very clearly. God has already determined how many kilometers the radius of a mountain is, what its scope is. He has also determined how many kilometers the radius of a plain is and what its scope is. When creating all beings He also determined the scope of the desert as well as the scope of the hills and their proportions, and what they are bordered by—He also determined all of this. He determined the scope of rivers and lakes when He was creating them—they all have their boundaries. So what does it mean when we say “boundaries”? We just talked about how God’s rule over all beings is establishing laws for all beings. For example, the scope and boundaries of mountains will not expand or decrease because of the rotation of the earth or the passing of time. This is fixed: This “fixed” is God’s rule. As for the areas of the plains, what their scope is, what they are bounded by, this has been fixed by God. They have a boundary, and a bump won’t just arbitrarily come up in the middle of a plain. The plain won’t suddenly turn into a mountain—this won’t happen. The laws and boundaries we just talked about refer to this. As for the desert, we won’t mention the roles of the desert or any other terrain or geographical location here, only its boundaries. Under God’s rule the scope of the desert won’t expand either. This is because God has given it its law, its scope. How large its area is and what its role is, what it is bounded by, and where it’s located—this has already been set by God. It won’t exceed its scope, shift its position, and it won’t just arbitrarily expand its area. Although the flows of waters such as rivers and lakes are all orderly and continuous, they have never gone outside of their scope or gone beyond their boundaries. They all flow in one direction in an orderly way, flowing in the direction they are supposed to. So under the laws of God’s rule, no river or lake will arbitrarily dry up, or arbitrarily change the direction or quantity of its flow due to the rotation of the earth or the passing of time. This is all within God’s grasp, within His rule. That is to say, all beings created by God in this mankind’s midst have their fixed places, areas, and scopes. That is, when God created all beings, their boundaries were established and these cannot be arbitrarily altered, renewed, or changed. What does “arbitrarily” refer to? It means that they will not randomly shift, expand, or change their original form due to the weather, temperature, or the rotational speed of the earth. For example, a mountain is of a certain height, its base is of a certain area, it has a certain altitude, and it has a certain amount of vegetation. This is all planned and calculated by God and its height or area won’t just be arbitrarily changed. As for plains, the majority of humans reside in the plains, and no shifts in the climate will impact their areas or the value of their existence. Not even what is contained in these various terrains and geographical environments that were created by God will be arbitrarily changed. For example, what the components of the desert are, what mineral deposits are underground, how much sand it contains and the color of the sand, its thickness—these will not arbitrarily change. Why is it that they will not arbitrarily change? It is because of God’s rule and His management. Within all of these different terrains and geographical environments created by God, He is managing everything in a planned and orderly way. So all of these geographical environments still exist several thousand years, tens of thousands of years after they were created by God. They are still playing each of their roles. Although during certain periods volcanoes erupt, during certain periods earthquakes occur, and there are major shifts of the land, God absolutely will not allow any type of terrain to lose its original function. It is only because of this management by God, His rule over and grasp of these laws, that all of this—all of this enjoyed by mankind and seen by mankind—can survive on the earth in an orderly way. So why does God manage all these various terrains that exist on the earth in this way? The purpose is so that the living things that survive in various geographical environments will all have a stable environment, and so that they are able to continue to live and multiply in that stable environment. All of these beings—ones that are mobile and those that are immobile, those that breathe through their nostrils and those that don’t—make up a unique environment for the survival of mankind. Only this kind of environment is able to nurture generation after generation of humans, and only this kind of environment can allow humans to continue to peacefully survive, generation after generation.

What have you seen from what I’ve just talked about? It is that God’s laws in His dominion over all things are very important—very important! What is the precondition for all beings growing within these laws? It is because of God’s rule. It is because of His rule that all beings carry out their own functions within His rule. For example, the mountains nurture the forests, the forests then in turn nurture and protect the various birds and beasts that live within them. The plains are a stage prepared for humans to plant crops as well as for various birds and beasts. They allow the majority of mankind to live on flat land and provide convenience in people’s lives. And the plains also include the grasslands—huge swaths of grassland. The grasslands are the earth’s vegetation. They protect the soil and nurture the cattle, sheep and horses that live on the grasslands. The desert also carries out its own function. It’s not a place for humans to live; its role is to make humid climates drier. The flows of the rivers and lakes are convenient for people’s drinking water and for the water needs of all beings. Wherever they flow, people will have water to drink. These are the boundaries drawn by God for the various terrains.