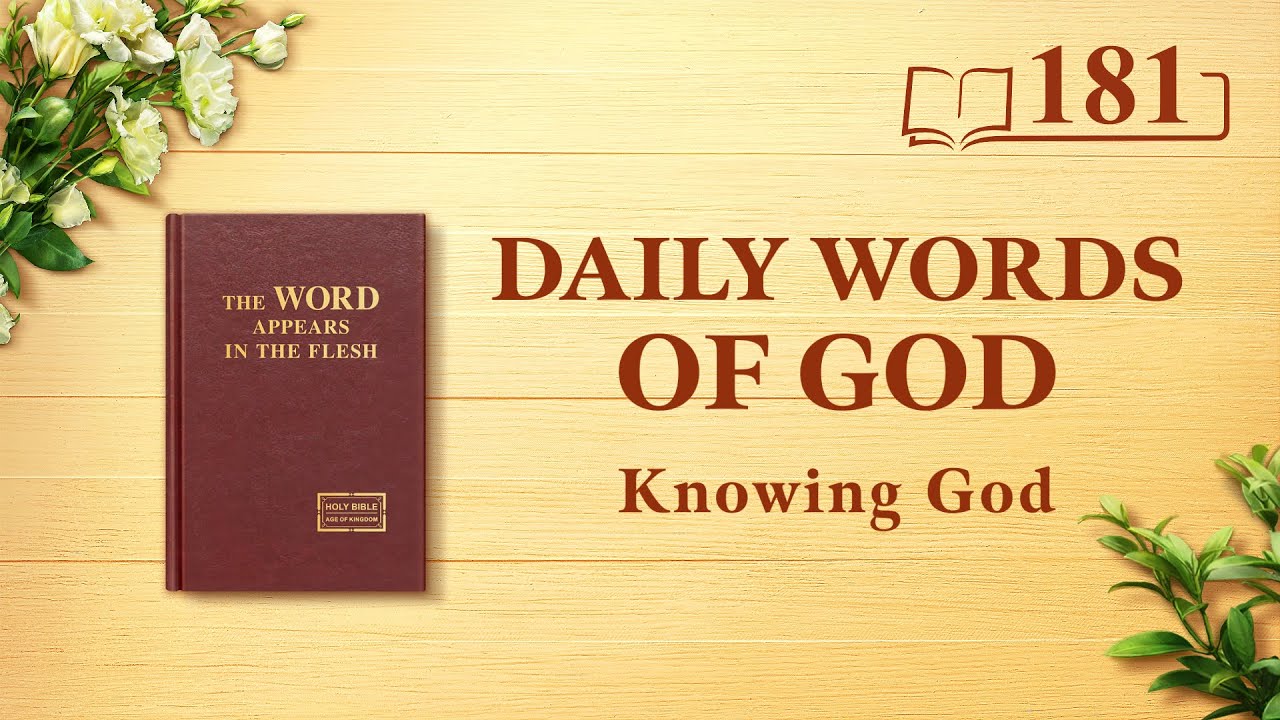 Because of these boundaries that God has drawn, various terrains have produced different environments for survival, and these environments for survival have been convenient for various kinds of birds and beasts as well as brought a space for survival. From this the boundaries for the environments for survival of the various living beings have been developed. This is just what we’re going to talk about next. Second, what kind of environment do the birds and the beasts and the insects live within? Aside from establishing boundaries for the various geographical environments, He also drew boundaries for the various birds and beasts, fish, insects, and all the plants. He also established laws. Because of the differences between various geographical environments and because of the existence of different geographical environments, different types of birds and beasts, fish, insects, and plants have different environments for survival. The birds and the beasts and the insects live amongst the various plants, the fish live in the water, and the plants grow in the land. What does the land include? Various areas such as the mountains, plains, and hills. So, the birds and the beasts have their own fixed homelands and won’t wander all over the place. Their homelands are the forests and the mountains. If, one day, their homelands were destroyed, this order would be thrown into chaos. As soon as that order is thrown into chaos, what are the consequences? Who are the first to be hurt? (Mankind.) It is mankind! Within these laws and limits that God has established, have you seen any peculiar phenomena? For example, elephants just casually wandering around in the desert. Have you seen that? If that were the case, it would be a very strange phenomenon. This is because the environment that elephants live in is the forest, and the forest is the environment for living, for survival that God prepared for them. It has its own environment for survival and its own fixed home, so why would it go running around? Has anyone seen lions or tigers wandering around by the ocean? The homeland of the lions and tigers is the forest and the mountains. Has anyone seen whales or sharks from the ocean just hanging out in the desert? Whales and sharks make their homes in the ocean and they have no way to live on land. In humans’ living environment, are there people who live alongside brown bears? Are there people who are always surrounded by peacocks or other birds, inside and outside of their homes? Has anyone seen cattle and sheep inside of forests? Has anyone seen eagles or wild geese playing with monkeys? If so, these would all be peculiar phenomena. This is the reason I speak of these things that are peculiar phenomena in your eyes. It’s to have you understand that all beings created by God—no matter if they are fixed in one place or have breath and can walk—they all have their laws for survival. Long before God created these living beings He had prepared for them their own homelands, their own environments for survival. These living beings had their own fixed environments for survival, their own food, their own fixed homelands, their own fixed places suitable for their survival, places with temperatures suitable for their survival. That way they wouldn’t wander around or undermine mankind’s survival or impact their lives. This is how God manages all beings. It is to provide for mankind the best environment for survival. The living beings within all beings each have life-sustaining food within their own environments for survival. With that food, they are fixed within their native environment for survival; they are fixed in that environment. In that kind of environment, they are still surviving, multiplying, and continuing on according to the laws God has established for them. Because of these types of laws, because of God’s predestination, all beings interact harmoniously with mankind, and mankind and all beings are interdependent.