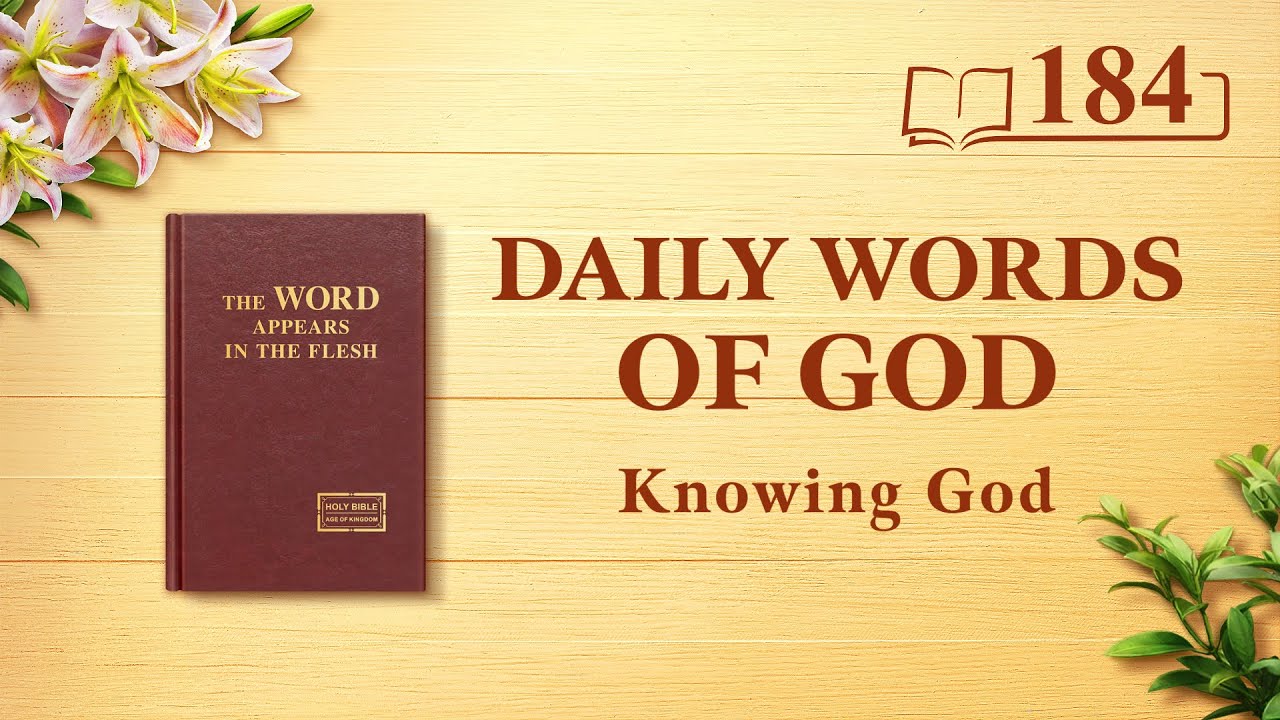 Looking from the perspective of the laws determined by God for the growth of all things, isn’t all of mankind, no matter what type, living under God’s provisions—aren’t they all living under His nurturing? If these laws were destroyed or if God hadn’t established these kinds of laws for mankind, what would their prospects be? After humans lost their basic environments for survival, would they have any source of food? It’s possible that food sources would become a problem. If people lost their sources of food, that is, they can’t get anything to eat, possibly they wouldn’t be able to hold on for even a single month. People’s survival would become a problem. So every single thing that God does for people’s survival, for their continuing existence and multiplication is very important. Every single thing that God does among all things is closely related to and inseparable from people’s survival. It is inseparable from their survival. If mankind’s survival became a problem, could God’s management continue on? Would God’s management still exist? So God’s management coexists with the survival of all mankind who He nurtures, and no matter what God prepares for all things and what He does for humans, this is all necessary for Him, and it is critical for mankind’s survival. If these laws that God determined for all things were departed from, if these laws were broken or disrupted, all things would no longer be able to exist, mankind’s environment for survival would not continue to exist, and neither would their daily sustenance, and neither would they. For this reason, God’s management of mankind’s salvation would no longer exist either. This is something that people must see clearly.

Everything that we’ve discussed, every single thing, every item is intimately linked to the survival of every single person. You might say, “What You’re talking about is too big, we can’t see it,” and perhaps there are people who would say “What You’re talking about has nothing to do with me.” However, do not forget that you are living as just a part of all things; you are a member of all things within God’s rule. All things cannot be separated from God’s rule, and not a single person can separate themselves from His rule. Losing His rule and losing His provisions would mean that people’s lives, people’s lives in the flesh would disappear. This is the importance of God establishing environments for survival for mankind. It doesn’t matter what race you are or what piece of land you live on, be it in the West or the East—you cannot separate yourself from the environment for survival that God has established for mankind, and you cannot separate yourself from the nurturing and provisions of the environment for survival He has established for humans. No matter what your livelihood is, what you rely on to live, and what you rely on to sustain your life in the flesh, you cannot separate yourself from God’s rule and His management. Some people say: “I’m not a farmer, I don’t plant crops for a living. I don’t rely on the heavens for my food, so I can say that I am not surviving in the environment for survival established by God. That kind of environment hasn’t given me anything.” But this isn’t right. And why not? You say that you don’t plant crops for your living, but don’t you eat grains? Don’t you eat meat? Don’t you eat eggs? Don’t you eat vegetables and fruit? Everything that you eat, all of these things that you need, are inseparable from the environment for survival established by God for mankind. And the source of everything that mankind requires cannot be separated from all things created by God, these kinds of environments for survival. The water you drink, the clothing you wear, and all the things that you use—which of these is not obtained from among all things? Some people say: “There are some items that aren’t obtained from all things.” Like what? Give Me an example. Some say: “You see, plastic isn’t obtained from all things. It’s a chemical thing, a man-made thing.” But this isn’t right. Why not? Plastic is man-made, it is a chemical thing, but where did the original components of plastic come from? (They came from the things originally created by God.) The original components were obtained from materials created by God. The things that you enjoy, that you see, every single thing that you use are all obtained from all things which have been created by God. That is to say, no matter what race, no matter what livelihood, or in what type of environment for survival people live, they cannot separate themselves from God’s provisions.