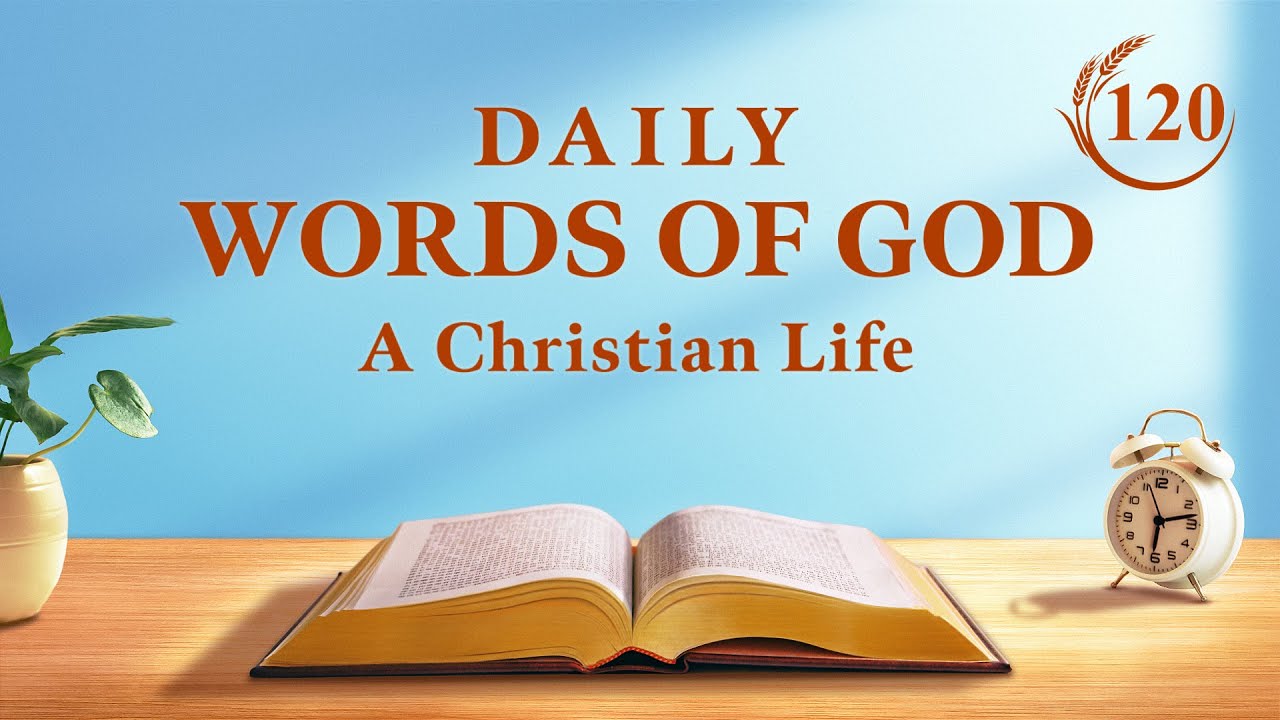 For all of those who live in the flesh, changing their disposition requires goals to pursue, and knowing God requires witnessing the real deeds and the real face of God. Both can only be achieved by God’s incarnate flesh, and both can only be accomplished by the normal and real flesh. This is why the incarnation is necessary, and why it is needed by all corrupt mankind. Since people are required to know God, the images of the vague and supernatural Gods must be dispelled from their hearts, and since they are required to cast off their corrupt disposition, they must first know their corrupt disposition. If only man does the work so as to dispel the images of the vague Gods from people’s hearts, then he will fail to achieve the proper effect. The images of the vague Gods in people’s hearts cannot be exposed, cast off, or completely expelled by words alone. In doing so, ultimately it would still not be possible to dispel these deep-rooted things from people. Only the practical God and the true image of God can replace these vague and supernatural things to allow people to gradually know them, and only in this way can the due effect be achieved. Man recognizes that the God whom he sought in times past is vague and supernatural. That which can achieve this effect is not the direct leadership of the Spirit, much less the teachings of a certain individual, but the incarnate God. The conceptions of man are laid bare when the incarnate God officially does His work, because the normality and reality of the incarnate God is the antithesis of the vague and supernatural God in man’s imagination. The original conceptions of man can only be revealed through their contrast to the incarnate God. Without the comparison to the incarnate God, the conceptions of man could not be revealed; in other words, without the contrast of reality the vague things could not be revealed. No one is capable of using words to do this work, and no one is capable of articulating this work using words. Only God Himself can do His own work, and no one else can do this work on His behalf. No matter how rich the language of man is, he is incapable of articulating the reality and normality of God. Man can only know God more practically, and can only see Him more clearly, if God personally works among man and completely shows forth His image and His being. This effect cannot be achieved by any fleshly man. Of course, God’s Spirit is also incapable of achieving this effect. God can save corrupt man from the influence of Satan, but this work cannot be directly accomplished by the Spirit of God; rather, it can only be done by the flesh God’s Spirit wears, by God’s incarnate flesh. This flesh is man and also God, is a man possessed of normal humanity and also God possessed of full divinity. And so, even though this flesh is not the Spirit of God, and differs greatly from the Spirit, it is still the incarnate God Himself who saves man, who is the Spirit and also the flesh. No matter what He is called by, ultimately it is still God Himself who saves mankind. For the Spirit of God is indivisible from the flesh, and the work of the flesh is also the work of the Spirit of God; it is just that this work is not done using the identity of the Spirit, but is done using the identity of the flesh. Work that needs to be done directly by the Spirit does not require incarnation, and work that requires the flesh to do cannot be done directly by the Spirit, and can only be done by God incarnate. This is what is required for this work, and is what is required by corrupt mankind. In the three stages of God’s work, only one stage was carried out directly by the Spirit, and the remaining two stages are carried out by the incarnate God, and not directly by the Spirit. The work of the age of law done by the Spirit did not involve changing the corrupt disposition of man, and neither did it bear any relation to man’s knowledge of God. The work of God’s flesh in the Age of Grace and the Age of Kingdom, however, involves man’s corrupt disposition and his knowledge of God, and is an important and crucial part of the work of salvation. Therefore, corrupt mankind is more in need of the salvation of the incarnate God, and is more in need of the direct work of the incarnate God. Mankind needs the incarnate God to shepherd him, support him, water him, feed him, judge and chastise him, and he needs more grace and greater redemption from the incarnate God. Only God in the flesh can be the confidant of man, the shepherd of man, the very present help of man, and all of this is the necessity of incarnation today and in times past.