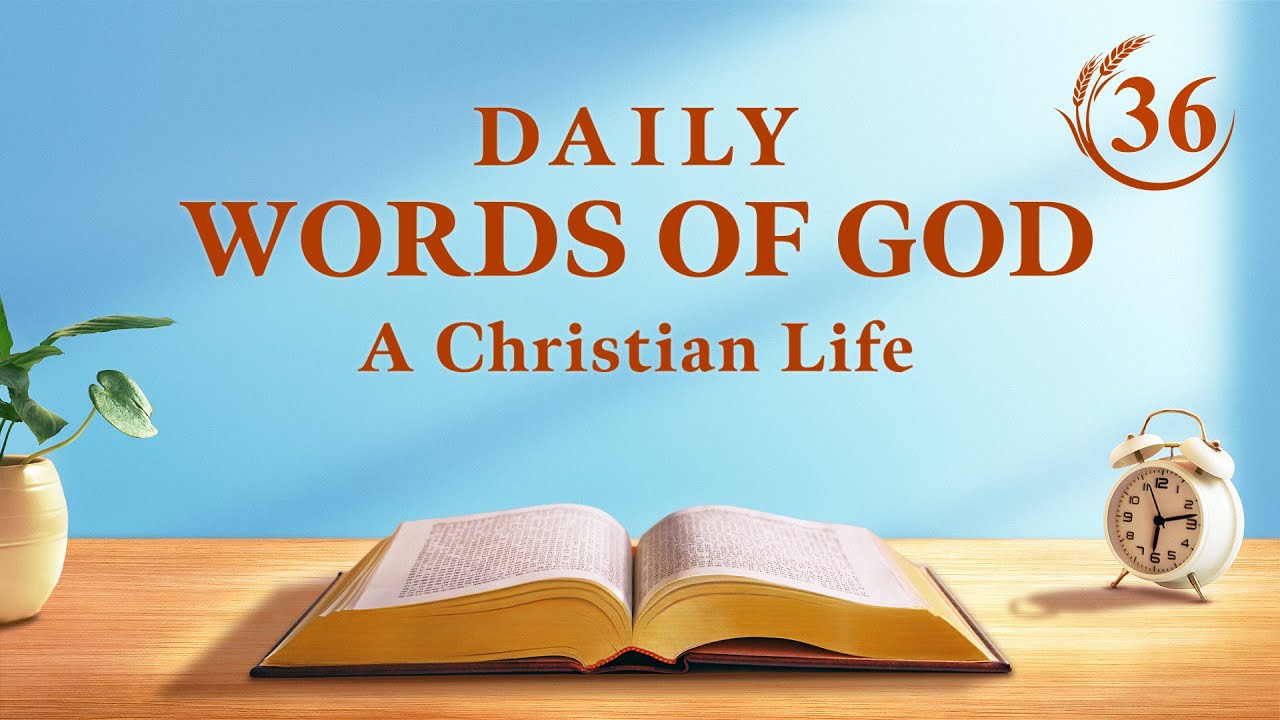 As soon as the Age of Kingdom began, God began to release His words. In the future, these words will be gradually fulfilled, and at that time, man will grow into life. God’s use of the word to reveal the corrupt disposition of man is more real, and more necessary, and He uses nothing but the word to do His work in order to make perfect the faith of man, for today is the Age of Word, and it requires the faith, resolution and cooperation of man. The work of God incarnate of the last days is the use of His word to serve and provide. Only after God incarnate has finished speaking His words will they begin to be fulfilled. During the time that He speaks, His words are not fulfilled, because when He is in the stage of the flesh, His words cannot be fulfilled, and this is so that man may see that God is flesh and not Spirit, so that man may behold the reality of God with his own eyes. On the day that His work is complete, when all the words that should have been spoken by Him on earth have been spoken, His words will begin to be fulfilled. Now is not the age of fulfillment, because He has not finished speaking His words. So when you see that God is still speaking His words on earth, do not await the fulfillment of His words; when God stops speaking His words, and when His work on earth has been completed, that will be the time His words begin to be fulfilled. In the words He speaks on earth, there is, in one regard, the provision of life, and in another, there is prophecy—the prophecy of things to come, of things that will be done, and of the things that have yet to be accomplished. There was also prophecy in the words of Jesus. In one regard, He supplied life, and in another regard, He spoke prophecy. Today, there is no talk of carrying out words and facts at the same time because the difference between that which can be seen by man’s own eyes and that which is done by God is too great. It can only be said that, once the work of God has been completed, His words will be fulfilled, and the facts will come after the words. On earth, God incarnate of the last days performs the ministry of the word, and in performing the ministry of the word, He only speaks words, and cares not for other matters. Once God’s work changes, His words will start to be fulfilled. Today, words are first used to make you perfect; when He gains glory in the entire universe, it will be the time when His work is complete, when all the words that should be spoken have been spoken, and all words have become facts. God has come to earth during the last days to perform the ministry of the word so that man may know Him, and so that man may see what He is, and see His wisdom and all of His wondrous deeds from His word. During the Age of Kingdom, God principally uses the word to conquer all people. In the future, His word will also come upon every sect, group, nation and denomination; God uses the word to conquer, to make all men see that His word carries authority and might—and so today, you face only the word of God.