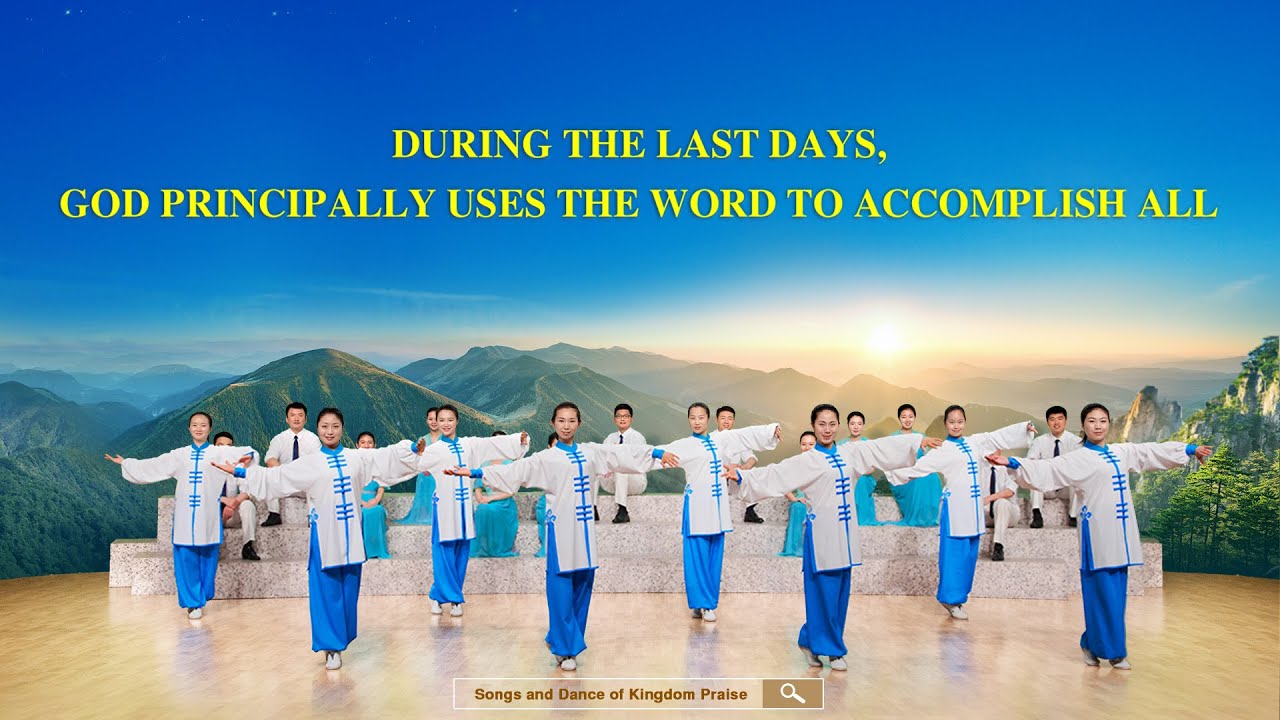 Mighty To Save | “During the Last Days, God Principally Uses the Word to Accomplish All”

Almighty God, Christ of the last days, has expressed a variety of truths. He leads the whole of mankind with the word, which accomplishes the actual significance of the Word appearing in the flesh. From Almighty God’s word, people come to know God’s work, God’s disposition, and what God has and is, see God’s supremacy, wisdom, and almightiness, and also understand God’s kind intention for man’s salvation. … In the end, God’s word will show authority and let all people see that “God is as good as His word, and His word shall be accomplished, and that which is accomplished lasts forever,” and that God’s word accomplishes everything!

During the Last Days God Accomplishes All Chiefly Through the Word

During the last days, when God becomes flesh.

He principally uses the word to accomplish all,

Only in His, in His words can you see what He is;

Only in His words can you see that He is God Himself.

When God incarnate comes to earth,

He does no other work but the speaking of words.

Thus there is no need for signs; words suffice.

Through the word man comes to know the word of God, the disposition of God,

the essence of man, and what man ought to enter into.

Through the word all the work God wishes to do in the Age of Word is accomplished.

Through the word, man is revealed, eliminated, and tried.

Man has seen the word, heard the word, and become aware of the existence of the word.

As a result, man believes in the existence of God;

Man believes the almightiness and wisdom of God,

as well as God’s heart of love for man and His desire to save man.

God has come to earth during the last days

to perform the ministry to the word so that man may know Him,

and so that man may see what He is,

and see His, His wisdom and all of His wondrous deeds from His word.

During the Age of Kingdom, God principally uses the word to conquer all people.

In the future, His word will also come upon every sect, group, nation and denomination;

God uses the word to conquer, to make all men see that His word carries authority and might----

and so today, you face only the word of God.

When the authority and power of God’s word is shown,

everything God said from the beginning of time till today

will be accomplished and fulfilled one after the other,

accomplished and fulfilled one after the other,

In this way God will be glorified on earth, that is, God’s word will reign on earth.

All evil persons will be chastised due to God’s word,

and all righteous people will be blessed.

Everything will be established and completed according to God’s word, God’s word.

God does not perform miracles,

and His word will accomplish everything and bring about reality.

Throughout the Age of Kingdom,

He does not work wonders or perform miracles;

He merely does His work through the word.

from “All Is Achieved by the Word of God,” “The Age of Kingdom Is the Age of Word,” “The Millennial Kingdom Has Come” in The Word Appears in the Flesh