Almighty God and the Lord Jesus Are One God

When mankind was corrupted by Satan, God began His management plan for the salvation of mankind. God has carried out three stages of work for the salvation of mankind, those being the work of Jehovah God in the Age of Law, the work of the Lord Jesus in the Age of Grace, and the work of Almighty God in the Age of Kingdom. During the Age of Law, Jehovah God issued the laws and guided the life of mankind, making people know that they should worship God, and making them know what sin is. But with the arrival of the final stages of the Age of Law, mankind’s corruption became ever more profound, and people often violated the laws and sinned against Jehovah God. They faced the risk of being condemned and put to death because of their violations. Thus, in answer to the needs of mankind, during the Age of Grace God assumed human form and became the Lord Jesus. He was nailed to the cross for the sake of mankind, and redeemed man from sin, enabling people to come before God and pray to God, confess and repent, be forgiven for their sins, and live under the riches of God’s grace and blessings. But because people’s sinful nature had yet to be resolved, and they still often sinned and opposed God, therefore in the Age of Kingdom God once more became flesh, using the name of Almighty God to perform the work of judgment beginning from the house of God upon the foundation of the Lord Jesus’ work of redemption, and to express all truths for the salvation and purification of mankind, expunging mankind’s sinful nature, causing mankind to cease their disobedience to God and opposition to God, allowing people to truly obey God and worship God, and ultimately leading mankind to a beautiful destination. Even though the work God has done in the Age of Law, Age of Grace, and Age of Kingdom has been different, and the names He has taken and disposition He has displayed have been different, the substance and aims of His work are the same—all are in order to save mankind, and all the work is done by God Himself. As Almighty God said, “From the work of Jehovah to that of Jesus, and from the work of Jesus to that of this current stage, these three stages cover in a continuous thread the entire gamut of God’s management, and they are all the work of one Spirit. Since the creation of the world, God has always been at work managing mankind. He is the Beginning and the End, He is the First and the Last, and He is the One who begins an age and the One who brings the age to an end. The three stages of work, in different ages and different locations, are unmistakably the work of one Spirit. All those who separate these three stages stand in opposition to God” (The Word, Vol. 1. The Appearance and Work of God. The Vision of God’s Work (3)).

For thousands of years, few people have truly known that the Lord Jesus Christ is God Himself, that He is the appearance of God, and that He is God in incarnate flesh. In fact, the Bible long since recorded clearly the Lord Jesus saying, “He that has seen Me has seen the Father” (John 14:9). “The Father is in Me, and I in Him” (John 10:38). “I and My Father are one” (John 10:30). When the Lord Jesus said that “I and My Father are one,” He was saying that He and Jehovah are one Spirit. The words uttered by the Lord Jesus and those uttered by Jehovah are the same—they are both the truth, they are the utterances of one Spirit, and their source is the same; that is, the Lord Jesus and Jehovah are one God. Likewise, the source of the words expressed by Almighty God of the last days and that of the words expressed by the Lord Jesus are the same, they are the utterances of the Holy Spirit, they are the truth, and they are the voice of God. Those who believe in the Lord all know that a greater number of prophecies in the Bible concern the return of the Lord and the work of judgment of God of the last days. As the Lord Jesus said, “And if I go and prepare a place for you, I will come again, and receive you to Myself; that where I am, there you may be also” (John 14:3). “And, behold, I come quickly” (Revelation 22:12). “And then shall they see the Son of man coming in a cloud with power and great glory” (Luke 21:27). “Behold, I come as a thief” (Revelation 16:15). “He that rejects Me, and receives not My words, has one that judges him: the word that I have spoken, the same shall judge him in the last day” (John 12:48). In the First Epistle of Peter it was also said that, “For the time is come that judgment must begin at the house of God” (1 Peter 4:17). It was spoken very clearly in these scriptures that the Lord Jesus would return during the last days, and would express words and do the work of judgment. When Almighty God arrives during the last days, He does the work of judgment beginning from the house of God upon the foundation of the work of redemption of the Lord Jesus, and expresses all truths for the purification and salvation of mankind. Although the work of Almighty God and that of the Lord Jesus are different, their source is the same—the one God! This completely fulfills the prophecy of the Lord Jesus: “I have yet many things to say to you, but you cannot bear them now. However, when He, the Spirit of truth, is come, He will guide you into all truth: for He shall not speak of Himself; but whatever He shall hear, that shall He speak: and He will show you things to come” (John 16:12–13). The incarnate Almighty God of the last days is the embodiment of the Spirit of truth; Almighty God is the Lord Jesus returned.

The name of Almighty God of the Age of Kingdom is the complete fulfillment of the prophecies of the Book of Revelation. The name that God takes in each era has profound significance and is intimately connected to God’s work during that age.

What Are the Aims of The Church of Almighty God?

The Church of Almighty God waters and shepherds God’s chosen people in complete accordance with the words of God in the Bible and The Word...

The Basic Beliefs of The Church of Almighty God

Why Do We Say that The Word Appears in the Flesh Comprises God’s Utterances?

From the Bible, we can all see that whether the words are spoken directly by God’s Spirit, communicated through a prophet, or spoken by God... 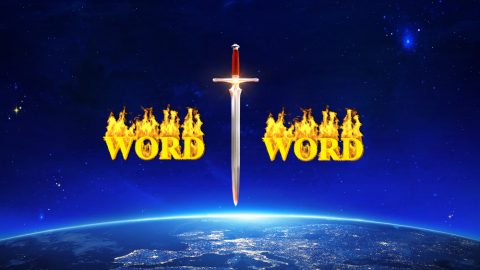 Beholding the Appearance of God in His Judgment and Chastisement

The Origin and Development of The Church of Almighty God

The Spreading of Almighty God’s Kingdom Gospel in China