What Does It Mean to Have Humanity?

Brothers and sisters, peace be with you! The majority of us understand “normal humanity” as, if nothing else but, living harmoniously with others, having a loving heart, tolerance and acceptance for others or being kind and charitable. Now, do you know how we should live out a normal humanity as God requests us to? As Christians, how can we practice and gain entry so that we can live out a genuine humanity in accordance with God’s will? The essay that will be shared today will provide us with a new understanding about this topic. Please listen …

God said: “Normal humanity includes these aspects: insight, sense, conscience, and character. If you can achieve normality in each of these respects, your humanity is up to standard. You should have the likeness of a normal human being and behave like a believer in God. You don’t have to achieve great heights or engage in diplomacy. You just have to be a normal human being, with a normal person’s sense, be able to see through things, and at least look like a normal human being. That will be enough” (“Improving Caliber Is for Receiving God’s Salvation” in The Word Appears in the Flesh). In the past, my understanding was that as long as one did not fight or quarrel with others and could live harmoniously with others, one was living out a normal humanity. Today, when I contemplate this passage of God’s word, suddenly I understand that when God is talking about normal humanity, it does not merely involve being conscientious and sensible when getting along with others. The key is being considerate of God’s will while one is fulfilling one’s duties, seeking to love and satisfy God and fulfill the responsibilities of one of God’s creations. When I compare God’s words with my own actions and deeds, I can see that I am quite far from fulfilling God’s demands. Many times, on the surface, I am fulfilling duties. However, when I encounter practical problems, I am not considerate of God’s will and I do not have a heart that loves God. Instead, I am very prudent in protecting my own interests and reputation. After many instances of God’s judgment and chastisement, my conscience has gradually started to perceive. I started to focus on practicing the truth to satisfy God during the daily fulfillment of my duties, thereby living out a bit of normal humanity. 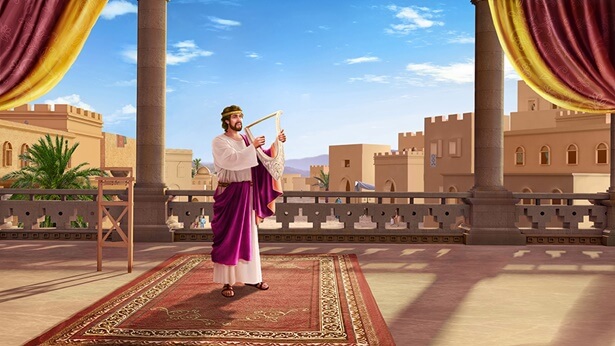 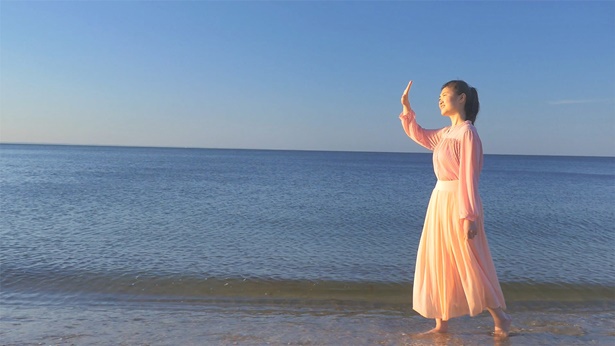 Later, I read another passage of God’s words: “How does one act according to conscience? The particulars of following conscience are that when a person acts, he must do so relying on a true heart and live up to God’s having given this life and opportunity for obtaining salvation. Is this not the function of conscience? Once you have this most basic foundation you will have obtained protection, and won’t you then not so easily do things to disobey God…. Then you will not so easily just go through the motions or be perfunctory, and you will not so easily fall to scheming for your own position, fame, gain, and future—this is the role of conscience. The most basic and important components of one’s humanity are conscience and reason” (“You Can Obtain Truth After Turning Your True Heart Over to God” in Records of Christ’s Talks). “So what are the standards that God requires for how people conduct themselves? (Be honest.) Be honest—what else? (Pursue the truth.) Anything else? (Possess insight and rationality.) (Have humanity, character, and dignity.) Have character, have dignity, have a conscience, be rational, have a heart that is obedient to God and loves God—what else? (Revere God.) Yes, what God wants ultimately is that people revere Him; that’s what’s most important. What do all these things that people are capable of achieving relate to? (The truth.) They all relate to the truth. When people try and put them into practice, if they are able to achieve them, then what kind of person are they? (A real person.) … In God’s eyes, real people are those who possess the reality of the truth. God defines the standards for real people as follows: In addition to walking in the way of God—fearing God and shunning evil—they are those who have normal humanity, which means possessing the truth and entering the reality of the truth” (“Only With the Truth as Their Life Can People Live a Life of Value” in Records of Christ’s Talks). After reading God’s words, I discovered that in the past, my understanding of the aspect of the truth involving normal humanity was too one-sided. I believed that as long as I was able to get along well with other people, it meant that my humanity was good. Only after going through this instance of judgment and chastisement and reading God’s words did I understand that those who have a normal humanity, through the fulfillment of their duties, are able to be considerate of God’s will, be anxious about what God is anxious about and think about what God is thinking. They fulfill the duties they need to fulfill and they do so without heeding their individual reasons and conditions. They only want to satisfy God and fulfill the duties of one of God’s creations. God’s words really motivated me. Even though presently, every aspect of my corrupt disposition is deeply rooted and I am far off from the normal humanity that God demands, I am willing to focus on my own life entry each day as I fulfill my duties. I am willing to maintain a heart that reveres God in all matters and I am willing to seek God’s will and the principles of the truth. I am also willing to rank putting the truth into practice during the fulfillment of my duties as my number one priority. Only through focusing on putting the truth into practice will I be able to thoroughly break away from the control and bindings of my corrupt nature. In this way, the positive things in my heart will multiply, I will receive more opportunities to obtain the Holy Spirit’s work and I will have a path to live out the reality of the truth. As a result, I shared what I had acquired with my brothers and sisters. They all approved of what I had learned. Afterward, as we fulfilled our duties, we practiced accepting God’s observation in all matters, accepting God’s judgment and chastisement and abandoning our individual interests in order to satisfy God. We learned to seek God’s will in all things, seek the principles of the truth, execute in accordance with the truth, focus on seeking the truth in order to resolve the corruption that we reveal and no longer rely on our corrupt dispositions to do things. … When I stopped focusing on the so-called “results” and instead started focusing on putting the truth into practice, I never thought that the results of my duties would improve. From this, I could see the vivid and realistic nature of God’s disposition. God is at our side. Each day, He has arranged our environment so that we would seek His will and enter into the reality of the truth. God’s love is truly real!

Through seeking and pondering the aspect of the truth related to normal humanity, I gained a proper objective to pursue. Each day, as I fulfill my duties, I focus on putting the truth into practice. I no longer rely on my own corrupt disposition to do things. I make a great effort to “uphold my duty with all my heart and mind.” When I do this, my heart feels at peace and stable and my spiritual state is much improved when compared to before. Gradually, as I do things, I become principled. This has allowed me to appreciate deeply that only God’s judgment and chastisement can restore man’s insight, rationality and conscience. It has caused someone like me who has been corrupted deeply by Satan to understand how one should live out the likeness of a genuine human being. It is just as God said: “It is not the case that people become someone who has the truth as soon as they start doing their duty. Doing one’s duty is no more than one method and one channel to take. In the doing of their duties, people use these opportunities to gradually attain an understanding of the truth, an acceptance of the truth and gradually enter into the truth. They then reach a state whereby they get rid of the bonds and control of the corrupt disposition of Satan, and so they become someone who has the truth, someone who has the reality of the truth and they become someone with a normal humanity. Once people become someone with normal humanity, then the performing of their duties, their speaking and acting can be of benefit to others and can satisfy God. Only then can they become standard created beings; only then can they become the standard and qualified mankind created by God” (“To Attain the Truth, You Must Learn From the People, Matters, and Things Around You” in Records of Christ’s Talks).

Thanks for your listening. All the glory be to Almighty God!

Previous: Bye Bye, Games!
The world is beset by catastrophe in the last days. What warning does this give to us? And how can we be protected by God amid disasters? Join us for our topical sermon, which will tell you the answers.

If you don’t have a proper relationship with God, no matter what you do to maintain your relationships with other people, no matter how hard you work or how much energy you exert, it will still belong to a human philosophy of life.

“When people play games for a long time, their willpower would evaporate. The unbelievers have a word to describe this. What is it? It is ‘decadence.’ Always playing games, always playing on the computer—this kind of person is decadent.”

God used facts to judge her inner unrighteousness, whilst at the same time enabling her to understand many of the principles of practice of how to associate with other people, and in her heart Jiandan continually offered up her thanks and praise to God.

There Is Nothing God Cannot Do (Part 2)

Zhen’ai now understands that, as long as one accepts and submits to all the situations God orchestrates at all times and does not lose one’s faith in God, then one can witness God’s deeds and will come to appreciate that all things are under the sovereignty of God’s authority.