What Lies Behind Lies

Each time I saw God’s words calling on us to be honest people and to speak accurately, I thought, “It’s easy to speak accurately. Isn’t it just calling a spade a spade and telling things objectively as they are? Isn’t that easy? What had always most annoyed me in this world were people who embellished when they spoke.” Because of this, I felt super confident, and I believed that I could easily practice the truth of being an honest person and speaking accurately. But as the facts revealed themselves, I discovered that, without entering into the truth or changing one’s disposition, one can in no way speak accurately.

One time, I saw Sister Wang who had not done her duty well being dealt with by the leader, and so I spoke privately to the leader and told her that dealing with people in that way was hard for others to accept, as it made her appear to lack compassion. Afterward, only through fellowship did I understand that our true love for one another is primarily embodied in the mutual support and help that we bring into our life entry, and helping each other with compassion also involves pruning, dealing, criticizing and censure. Another time, when I saw Sister Li overspending a few yuan in the course of her duty, I said that she was squandering church money, and that this was tantamount to stealing offerings. Only later did I recognize that there is a difference between people displaying a little corrupt disposition and being of that kind of nature and essence. Then there was another time when my leader asked me about Sister Zhou’s situation. Because I had some preconceptions about her, even though I knew then that I should make an impartial report, I still couldn’t help but severely talk up the corruption she had displayed, and did not say one word about her good points. When there occurred deviations or flaws in my own work, I would always report the situation to the leaders secretively, hiding the truth of the facts in order to protect my own face and status. 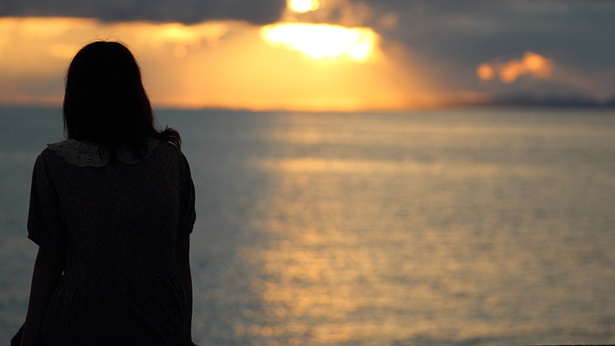 Facing such circumstances, I felt completely puzzled: Why was it that my heart was willing to speak the truth, to speak accurately, but when I opened my mouth I could never speak objectively or accurately? With this question, I went before God to pray and to seek guidance. Afterward, I read this in a sermon: “Why can people never speak accurately? There are three primary reasons: One reason is because of people’s mistaken presumptions. The way they look at things is wrong, so they also speak inaccurately. The second reason is that their caliber is too lacking. They do things carelessly without any practical investigation and they like to listen to hearsay, with the result that they end up adding many embellishments. There is another reason, which is that people have bad dispositions. They use a mix of personal intentions when they speak and, in order to achieve their own objectives, they make up lies to cheat others and deliberately distort the truth to deceive people. This situation is man-made, and must be resolved by the pursuit of truth and by knowing one’s own nature” (The Fellowship From the Above). Once I saw these words I suddenly saw the light. Now I saw that to be an honest person and speak accurately was not as easy as I had thought. It is not that one can achieve it merely by clinging to rules, or by relying on one’s own willpower and self-restraint. The key is to understand the truth, transform one’s views on things, and change one’s life disposition, for only then can one resolve the problems at the root. When someone doesn’t understand the truth, they will then base their outlook on satanic knowledge and logic, and because they won’t thoroughly understand the true state and essence of things, there will naturally be a disparity between what they say and the facts, and it will be impossible for them to speak accurately. When someone is without the truth, they will be unable to resolve any of their various satanic dispositions and their speech will be constrained by concerns about profit, prestige and status. In this way, the things people say will naturally be greatly tainted, and the essence of their words will be lies. As for what I myself had shown, whenever I saw others doing things which did not conform to the way of the world, I would willfully judge them as being without compassion. When I saw others expressing a little corrupt disposition, I would judge them based on the surface of the problem without understanding thoroughly its essence. When I had an opinion on another person and reported their situation, I would exaggerate the facts and add embellishments. When there occurred deviations or flaws in my duty, for the sake of my own reputation and status, I would cheat others and trick God. Weren’t these circumstances and expressions all brought about because I hadn’t entered into the truth, because my point of view was mistakenly presumptuous, because there had been no change in my disposition? At that time I understood: Only when one understands the truth, changes one’s perspective of looking at things, and achieves changes in one’s disposition can one speak accurately and treat everything that they encounter fairly and impartially.

Thank God for His enlightenment and guidance. Now I understand that I was being so naive and preposterous to hold the view that I could speak accurately by relying on my own naturalness and depending on my own perseverance. That I could boast in such an arrogant, ignorant way exposes that I didn’t have the reality of the truth and didn’t recognize how deeply I was corrupted by Satan. From today, I wish to put much more effort into pursuing the truth, to spare no effort in pursuing a change in my disposition, to practice seeing people and things in accordance with God’s words, and to strive to soon be an honest person who both speaks accurately and works in earnest.

Previous: It’s Not Easy to Truly Know Yourself
Next: The Secret Held Deep Within My Heart
The world is beset by catastrophe in the last days. What warning does this give to us? And how can we be protected by God amid disasters? Join us for our topical sermon, which will tell you the answers.

Judgment Is the Light

I Can Finally Live Out a Bit of Human Likeness

I Find the Path to Knowing God

Just when I was sad and disappointed over this and losing my confidence in God, His words enlightened me: “Knowing God must be done through reading God’s word and understanding God’s word. Some people say: ‘I haven’t seen God incarnate, so how can I know God?’ God’s word is actually an expression of God’s disposition. From God’s word you can see God’s love for mankind, His salvation of mankind, and the way He saves them … because God’s word is expressed by God as opposed to God using man to write it out” (“Knowledge of the Incarnation” in Records of Christ’s Talks).

Only Now Do I Understand What Life Entry Is

By Yulu, Portugal Early in 2017, I was fulfilling a leadership duty in the church. After training for a period of time, some brothers and...