Why Have I Taken the Path of the Pharisees? 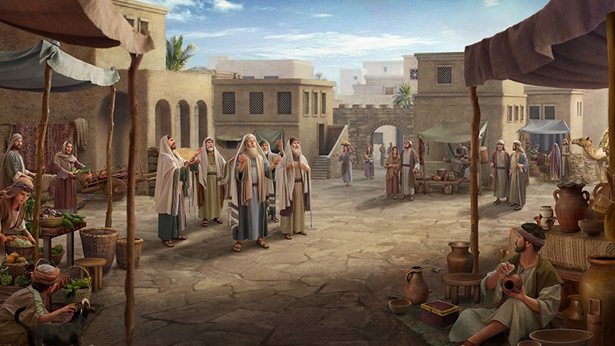 I am a person with an arrogant and conceited nature who cares too much about position. For many years in my faith, I have been bound by reputation and position and have not been able to free myself from it. Time and time again I have been promoted and then replaced; I have had many setbacks in my position and have had many bumps along the way. After many years of being dealt with and refined, I felt that I was no longer so preoccupied with my position. I didn’t want to be like I had been in the past, thinking that as long as I was a leader I could be perfected by God and that if I was not a leader, then I had no hope. I understood that regardless of what duty I was fulfilling, I only needed to pursue the truth and I would be perfected by God, and that pursuing reputation and position is the way of the antichrist and offends God’s disposition. Then I thought: Regardless of what duty I am fulfilling, I can accept and obey not having a position. At times, when the corruption of pursuing fame and position was exposed, I could resolve it by seeking the truth. No matter what difficulties I encountered while fulfilling my duty, I was willing to pay the price. Therefore, I thought that I had already stepped onto the path of pursuing the truth. I thought I had regained some humanity and reason. But through what was revealed by the facts, I saw that I had not truly stepped onto the path of pursuing the truth. I was very far off the mark.

Praise be to God for His judgment and chastisement that turned around the goal of my pursuit and brought me back from the wrong path. It allowed me to truly recognize the essence of the nature of Satan within me and to find the source of my failure. I had believed in God all those years but I never loved God, and I felt shame and self-blame. My heart longed to develop a true love for God. Peter was perfected because he truly loved God and because he had the will and perseverance to pursue the truth. Even though I am far from that, I will no longer live so vilely and repulsively in order to preserve myself. I am willing to make loving God the goal of my pursuit—I will spare no effort and I will pay the price in fulfilling my duties. I will truly bear the burden of my responsibilities and put the truth into practice and enter into the reality of loving God while fulfilling my duties.

Previous: Only by Understanding the Truth Can You Truly Know Yourself
Next: Throwing off Shackles
The world is beset by catastrophe in the last days. What warning does this give to us? And how can we be protected by God amid disasters? Join us for our topical sermon, which will tell you the answers.

Tasting the Love of God in the Midst of Adversity

I know that during those adversities, God was always with me, enlightening me, guiding me, and allowing me to overcome Satan’s cruelty and tests every step of the way. This gave me a true experience of the fact that God’s words truly are mankind’s life and our strength.

I Finally Understand What It Means to Fulfill My Duty

By Xunqiu, South Korea Almighty God says, “Man’s performance of his duty is, in actuality, the accomplishment of all that is inherent...

Practicing the Truth Is the Key to Harmonious Coordination

By Dongfeng, the United States In August 2018, my duty was to make movie props with Brother Wang. At first, I felt there was so much I...

A Haughty Spirit Before a Fall

In the Bible, the Book of Proverbs says, “Pride goes before destruction, and a haughty spirit before a fall” (Proverbs 16:18). Just as I was diving head-first into my work with very high hopes, I felt that, in my heart, I was losing touch with God. Not only did my work fail to fall into place, but also the effectiveness of our gospel work went from soaring to taking a nosedive. I fell into an extremely painful position, but wasn’t sure what I did wrong.