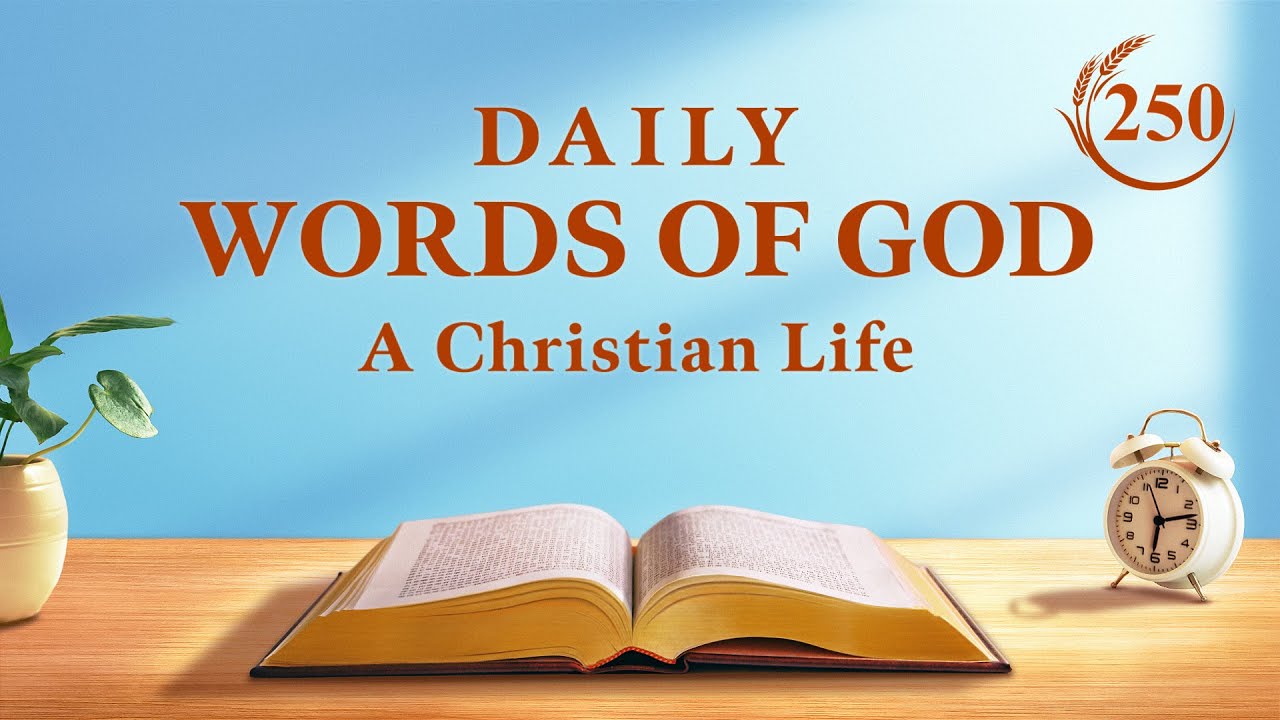 When God came to the earth, He was not of the world, and He did not become flesh in order to enjoy the world. The place where working would reveal His disposition and be most meaningful is the place where He was born. Whether it is a holy or a filthy land, and no matter where He works, He is holy. Everything in the world was created by Him, though it has all been corrupted by Satan. However, all things still belong to Him; they are all in His hands. He comes to a filthy land and works there in order to reveal His holiness; He only does this for the sake of His work, which means He endures great humiliation to do such work in order to save the people of this filthy land. This is done so as to bear witness, for the sake of all of mankind. What such work shows people is God’s righteousness, and it is better able to display God’s supremacy. His greatness and uprightness are manifested in the salvation of a group of lowly people whom others scorn. Being born in a filthy land does not at all prove that He is lowly; it simply allows all of creation to see His greatness and His true love for mankind. The more He does so, the more it reveals His pure love, His flawless love for man. God is holy and righteous. Even though He was born in a filthy land, and even though He lives with those people who are full of filthiness, just as Jesus lived with sinners in the Age of Grace, is every bit of His work not done for the sake of all mankind’s survival? Is it all not so that mankind can gain great salvation? Two thousand years ago, He lived with sinners for a number of years. That was for the sake of redemption. Today, He is living with a group of filthy, lowly people. This is for the sake of salvation. Is all His work not for the sake of you humans? If not to save mankind, why would He have lived and suffered with sinners for so many years after being born in a manger? And if not to save mankind, why would He return to the flesh a second time, born in this land where demons congregate, and live with these people who have been deeply corrupted by Satan? Is God not faithful? What part of His work has not been for mankind? What part has not been for your destiny? God is holy—this is immutable! He is unpolluted by filth, though He has come to a filthy land; all of this can only mean that God’s love for mankind is extremely selfless and the suffering and humiliation He endures is extremely great! Do you not know how great the humiliation He suffers is, for all of you and for your destiny? Rather than saving great people or the sons of rich and powerful families, He makes a point of saving those who are lowly and looked down on. Is all of this not His holiness? Is all of this not His righteousness? For the sake of all mankind’s survival, He would rather be born in a filthy land and suffer every humiliation. God is very real—He does no false work. Is not every stage of work done in such a practical way? Though people all malign Him and say He sits at the table with sinners, though people all mock Him and say He lives with the sons of filth, that He lives with the lowliest of people, He still gives selflessly of Himself, and He is still thus rejected among mankind. Is the suffering He endures not greater than yours? Is the work He does not more than the price you have paid?