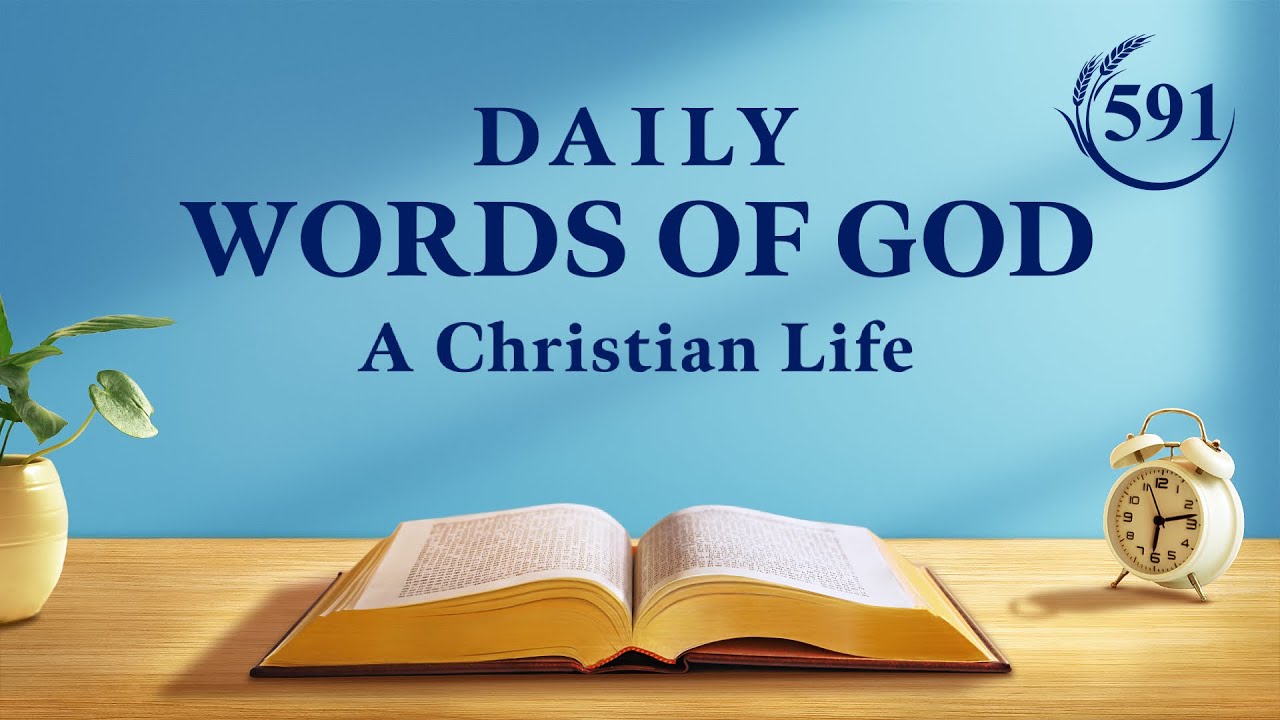 Today, man’s pursuit of becoming an overcomer and being made perfect are the things that are pursued before he has the life of a normal man on earth, and are the objectives that man seeks prior to the bondage of Satan. In substance, man’s pursuit of becoming an overcomer and being made perfect, or being made great use of, is to escape from Satan’s influence: The pursuit of man is to become an overcomer, but the final outcome will be his escape from the influence of Satan. Only by escaping from the influence of Satan can man lead the life of normal man on earth, the life of worshiping God. Today, man’s pursuit of becoming an overcomer and being made perfect are the things that are pursued prior to having the life of a normal person on earth. They are pursued primarily for the sake of being cleansed and putting the truth into practice, and in order to achieve the worship of the Creator. If man possesses the life of a normal person on earth, a life without hardship or affliction, then man will not engage in the pursuit of becoming an overcomer. “Becoming an overcomer” and “being made perfect” are the objectives that God gives man to pursue, and through the pursuit of these objectives He causes man to put the truth into practice and live out a life of significance. The objective is to make man complete and to gain him, and the pursuit of becoming an overcomer and being made perfect is merely a means. If, in the future, man enters into the wonderful destination, there will be no reference to becoming an overcomer and being made perfect; there will only be each creature performing their duty. Today, man is made to pursue these things simply in order to define a scope for man, so that man’s pursuit is more targeted and practical. Without it, man’s pursuit of entry into eternal life would be vague and abstract, and if this were so, would man not be even more pitiable? To pursue in this way, without goals or principles—is it not self-deception? Ultimately, this pursuit would naturally be fruitless; in the end, man would still live under the domain of Satan and would be incapable of extricating himself from it. Why subject himself to such aimless pursuit? When man enters the eternal destination, man will worship the Creator, and because man has gained salvation and entered eternity, man will not pursue any objectives, nor, moreover, will he need to worry that he is besieged by Satan. At this time, man will know his place, and will perform his duty, and even if they are not chastised or judged, each person will perform their duty. At that time, man will be a creature in both identity and status. There will no longer be the distinction of high and low; each person will simply perform a different function. Yet man will still live in an orderly, suitable destination of mankind, man will perform his duty for the sake of worshiping the Creator, and a mankind such as this will be the mankind of eternity. At that time, man will have gained a life illuminated by God, a life under the care and protection of God, and a life together with God. Mankind will lead a normal life on earth, and the whole of mankind will enter onto the right track. The 6,000-year management plan will have utterly defeated Satan, which means that God will have recovered the original image of man following his creation, and as such, the original intention of God will have been fulfilled. In the beginning, before mankind was corrupted by Satan, mankind led a normal life on earth. Later, when he was corrupted by Satan, man lost this normal life, and so there began the work of God’s management, and the battle with Satan to recover the normal life of man. Only when the 6,000-year work of God’s management comes to an end will the life of all mankind officially begin on earth, only then will man have a wonderful life, and God will recover the purpose of creating man in the beginning, as well as the original likeness of man. And so, once he has the normal life of mankind on earth, man will not pursue becoming an overcomer or being made perfect, for man will be holy. The victory and perfection spoken of by man are the objectives given to man to pursue during the battle between God and Satan, and they exist only because man has been corrupted. It is by giving you an objective, and causing you to pursue this objective, that Satan will be defeated. Asking you to be an overcomer or to be made perfect or used is requiring that you bear testimony in order to shame Satan. In the end, man will lead the life of normal man on earth, and man will be holy, and when this happens, will they still seek to become overcomers? Are they not all creatures? Being an overcomer and being a perfected one are both directed at Satan, and the filthiness of man. Is this “overcomer” not in reference to the victory over Satan and the hostile forces? When you say that you have been made perfect, what in you has been made perfect? Isn’t it that you have divested yourself of the corrupt satanic disposition, so that you can achieve the supreme love of God? Such things are said in relation to the filthy things within man, and in relation to Satan; they are not spoken of in relation to God.