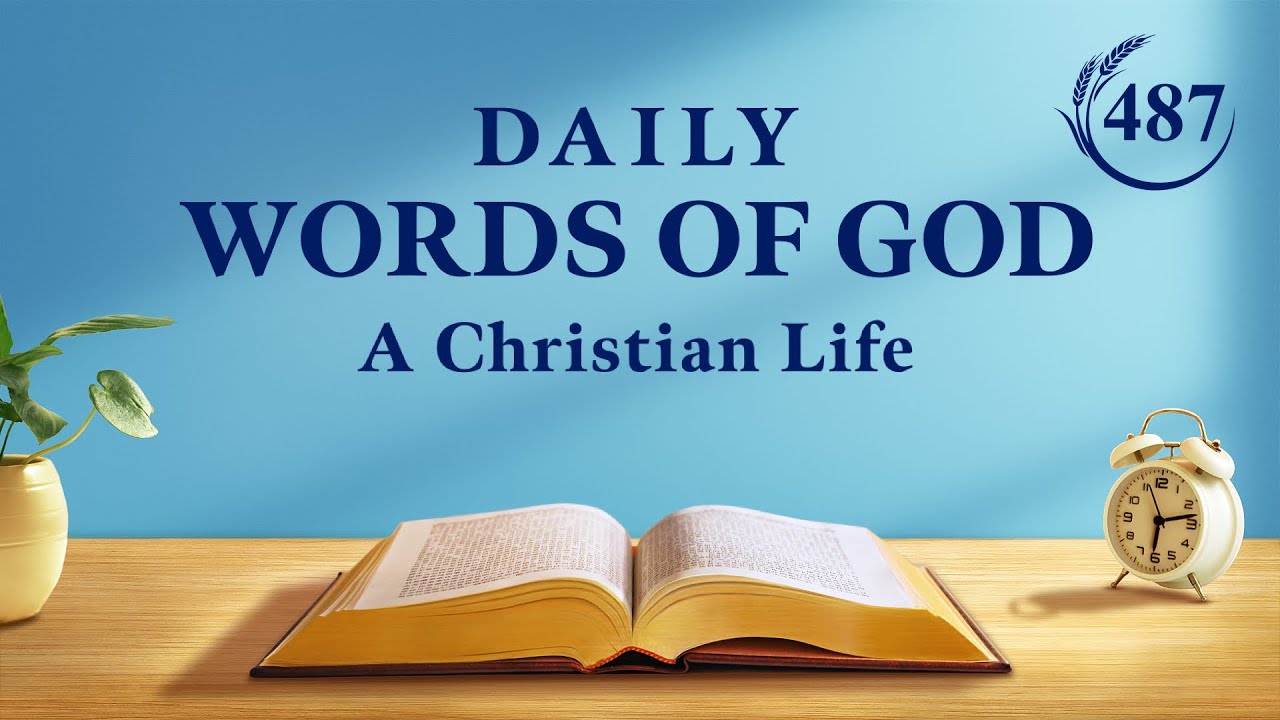 Since you believe in God, then you must put faith in all of the words of God and in all of His work. That is to say, since you believe in God, you must obey Him. If you are unable to do this, then it does not matter whether you believe in God. If you have believed in God for many years, and yet have never obeyed Him or accepted all of His words, but instead asked God to submit to you and act in accord with your notions, then you are the most rebellious of persons, and you are an unbeliever. How is one such as this able to obey the work and the words of God that do not conform to the notions of man? The most rebellious person is one who intentionally defies and resists God. He is the enemy of God and the antichrist. Such a person constantly bears a hostile attitude toward the new work of God, has never shown the smallest intention of submitting, and has never gladly shown submission or humbled himself. He exalts himself before others and never shows submission to anyone. Before God, he considers himself the most proficient in preaching the word and the most skillful in working on others. He never discards the treasures already in his possession, but treats them as family heirlooms for worship, for preaching about to others, and uses them to lecture those fools who idolize him. There are indeed a certain number of people like this in the church. It can be said that they are “indomitable heroes,” generation after generation sojourning in the house of God. They take preaching the word (doctrine) to be their highest duty. Year after year and generation by generation, they go about vigorously enforcing their “sacred and inviolable” duty. None dare touch them and not a single person dares openly reproach them. They become “kings” in the house of God, running rampant as they tyrannize over others from age to age. This pack of demons seeks to join hands and demolish My work; how can I allow these living devils to exist before My eyes? Even those with only half obedience cannot walk until the end, how much less these tyrants without the slightest obedience in their hearts! The work of God is not easily gained by man. Even if man uses all of his strength, he will only be able to gain a mere portion and attain perfection in the end. What then of the children of the archangel who seek to destroy the work of God? Do they not have even less hope of being gained by God? My purpose in doing the work of conquest is not solely to conquer for the sake of conquest, but to conquer so as to reveal righteousness and unrighteousness, to obtain proof for the punishment of man, to condemn the wicked, and even more, to conquer for the sake of perfecting those who willingly obey. In the end, all will be separated according to kind, and all the ones who are perfected have their thoughts and ideas filled with obedience. This is the work to be completed in the end. But those who are filled with rebellious ways will be punished, sent to burn in the fires and become the object of eternal curse. When that time comes, those “great and indomitable heroes” of ages past will become the basest and the most shunned “weak and impotent cowards.” Only this can illustrate every aspect of God’s righteousness and reveal His disposition which brooks no offense from man. Only this can appease the hatred in My heart. Do you not agree that this is entirely reasonable?

Not all those who experience the work of the Holy Spirit can gain life, and not all the people in this stream can gain life. Life is not a common property shared by all humanity, and the transformation of disposition is not something that is easily achieved by all. Submission to the work of God must be tangible and must be lived out. Submission on a superficial level cannot receive the approval of God, and merely to obey the superficial aspects of God’s word, without seeking a transformation of one’s disposition, will not be able to please God’s heart. Obedience to God and submission to the work of God are one and the same. Those who submit only to God but not to His work cannot be deemed obedient, even less can those who do not truly submit but are outwardly sycophantic. Those who truly submit to God are all able to gain from the work and achieve understanding of the disposition and work of God. Only such men truly submit to God. Such men are able to gain new knowledge from new work and experience new changes from the same. Only such men have the approval of God; only this kind of man is one who is perfected, one who has undergone a transformation of his disposition. Those who receive God’s approval are those who gladly submit to God, as well as to His word and work. Only this kind of man is in the right; only this kind of man sincerely desires God, and sincerely seeks God. As for those who merely speak of their faith in God with their mouths but in actuality curse Him, they are men who mask themselves, who bear the venom of snakes, the most treacherous of men. Sooner or later, these scoundrels will have their vile masks ripped away. Is that not the work that is being done today? Wicked men will always be wicked and will never escape the day of punishment. Good men will always be good and will be revealed when the work comes to an end. Not one of the wicked shall be deemed to be righteous, nor any one of the righteous deemed to be wicked. Would I let any man stand wrongfully accused?