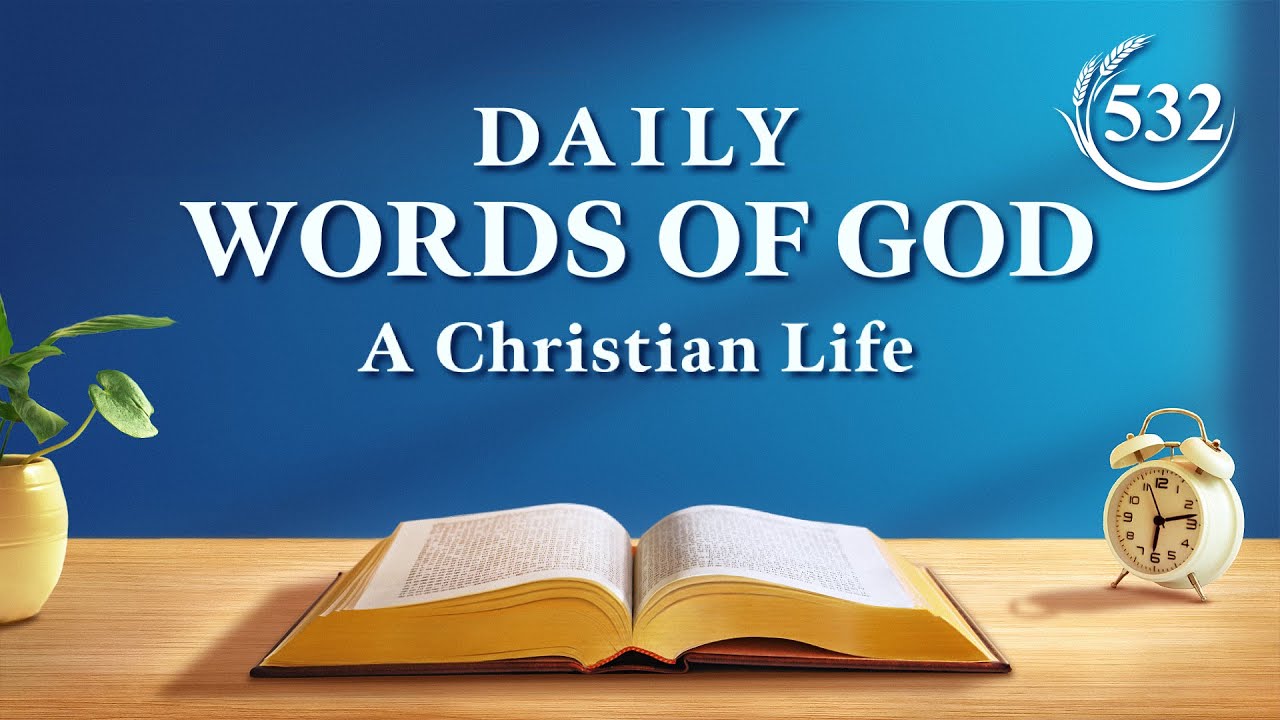 Daily Words of God | "Interpretations of the Mysteries of God's Words to the Entire Universe: On the Life of Peter" | Excerpt 532

Peter followed Jesus for a number of years and saw much in Him that was not in other people. After following Him for a year, Peter was chosen by Jesus from among the twelve disciples. (Of course, Jesus did not speak this aloud, and others were not aware of it at all.) In life, Peter measured himself by everything Jesus did. Most notably, the messages that Jesus preached were etched in his heart. He was utterly dedicated and loyal to Jesus, and he never spoke any grievances against Him. As a result, he became Jesus’ faithful companion everywhere He went. Peter observed Jesus’ teachings, His gentle words, what He took for His food, His clothing, His shelter, and how He traveled. He emulated Jesus in every regard. He was never self-righteous, but cast off all that was outdated, following Jesus’ example in both word and deed. It was then that Peter felt that the heavens and earth and all things were in the hands of the Almighty and that, for this reason, he was without personal choice. Peter also assimilated all that Jesus was and used it as an example. Jesus’ life shows that He was not self-righteous in what He did; instead of bragging about Himself, He moved people with love. Various things showed what Jesus was, and for this reason, Peter emulated everything about Him. Peter’s experiences gave him an increasing sense of the loveliness of Jesus, and he said such things as, “I have searched for the Almighty throughout the universe, and I have seen the wonders of the heavens and earth and all things, and I thus have gained a profound sense of the Almighty’s loveliness. However, I had never had genuine love in my own heart, and I had never seen the loveliness of the Almighty with my own eyes. Today, in the eyes of the Almighty, I have been looked upon with favor by Him, and I have finally felt God’s loveliness. I have finally discovered that it is not just God’s having created all things that makes humanity love Him; in my daily life, I have found His boundless loveliness. How could it possibly be limited to what can be seen right now?” As time passed, much that was lovely also emerged in Peter. He grew very obedient to Jesus, and of course, he also suffered quite a few setbacks. When Jesus took him to preach at various locations, Peter always humbled himself and listened to Jesus’ sermons. He never became arrogant because of his years of following Jesus. After being told by Jesus that the reason He had come was to be crucified so that He could finish His work, Peter often felt anguish in his heart and would weep alone in secret. Nevertheless, that “unfortunate” day finally arrived. After Jesus was arrested, Peter wept alone in his fishing boat and said many prayers for this. But in his heart, he knew that this was the will of God the Father, and that no one was able to change it. He remained anguished and teary-eyed only because of his love. This is a human weakness, of course. Thus, when he learned that Jesus would be nailed to the cross, he asked Jesus, “After You leave, will You return to be among us and watch over us? Will we still be able to see You?” Although these words were very naive and full of human notions, Jesus knew the bitterness of Peter’s suffering, so through His love He was considerate of Peter’s weakness: “Peter, I have loved you. Do you know that? Although there is no reason behind what you say, the Father has promised that after My resurrection, I will appear to people for 40 days. Do you not believe that My Spirit will frequently bestow grace upon you all?” Though Peter felt somewhat comforted by this, he still felt that there was one thing missing, and so, after being resurrected, Jesus appeared to him openly for the first time. In order to prevent Peter from continuing to cling to his notions, however, Jesus declined the lavish meal that Peter had prepared for Him, and disappeared in the blink of an eye. From that moment on, Peter finally had a deeper understanding of the Lord Jesus and loved Him even more. After His resurrection, Jesus frequently appeared to Peter. He appeared to Peter three more times after the forty days were up and He had ascended to heaven. Each appearance was right when the work of the Holy Spirit was about to be completed and new work was about to be begun.

Throughout his life, Peter fished for a living but, more than that, he lived to preach. In his later years, he wrote the first and second epistles of Peter, as well as several letters to the church of Philadelphia of that time. The people of this period were profoundly touched by him. Instead of lecturing people using his own credentials, he provided them with a suitable supply of life. He never forgot Jesus’ teachings before He left, and was inspired by them throughout his life. While following Jesus, he resolved to repay the Lord’s love with his death and to follow His example in all things. Jesus agreed to this, so when Peter was 53 years old (more than 20 years after Jesus’ departure), Jesus appeared to him to help fulfill his aspiration. In the seven years following that, Peter spent his life getting to know himself. One day, at the end of these seven years, he was crucified upside down, thus bringing his extraordinary life to an end.