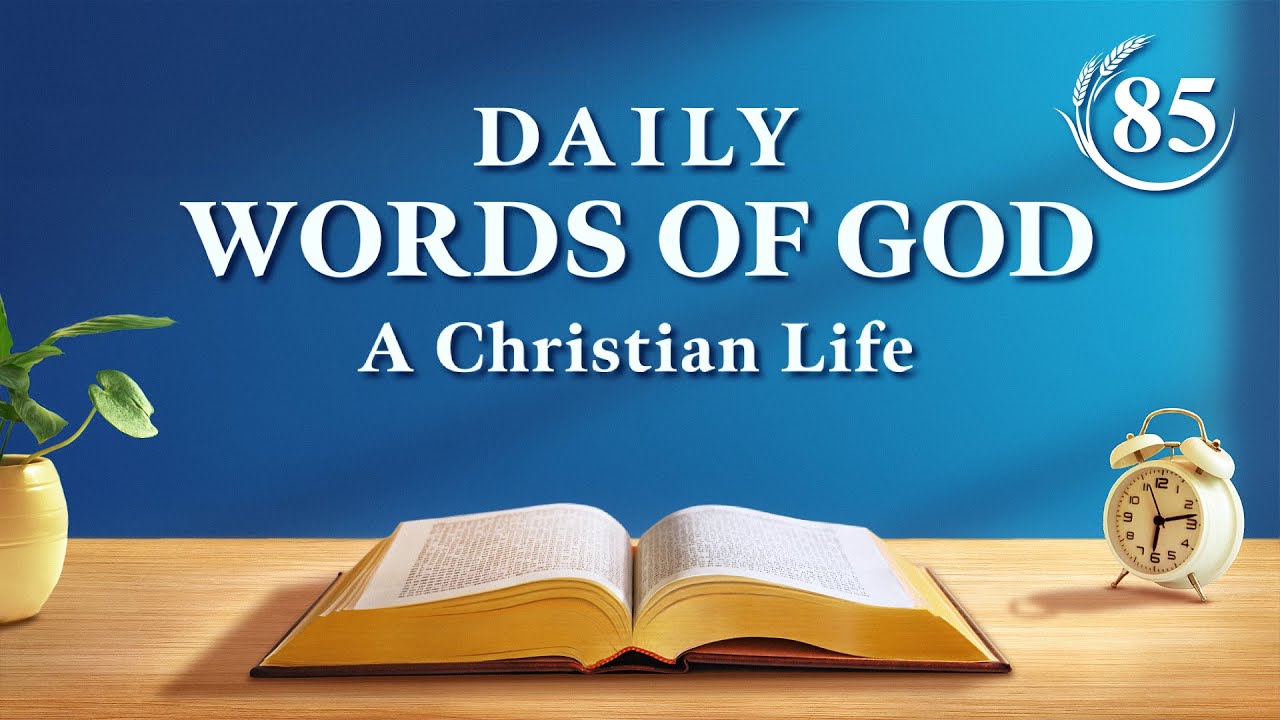 Though My words may be stern, they are all said for man’s salvation, as I am only speaking words and not punishing man’s flesh. These words cause man to live in the light, to know that the light exists, to know that the light is precious, and, even more so, to know how beneficial these words are to them, as well as to know that God is salvation. Though I have uttered many words of chastisement and judgment, what they represent has not been done unto you in deed. I have come to do My work and to speak My words, and though My words may be strict, they are spoken in judgment of your corruption and your rebelliousness. The purpose of My doing this remains to save man from Satan’s domain; I am using My words to save man. My purpose is not to harm man with My words. My words are stern in order to achieve results in My work. Only through such work can man come to know themselves and break away from their rebellious disposition. The greatest significance of the work of words is allowing people to put the truth into practice after having understood it, to achieve changes in their disposition, and to gain knowledge of themselves and of the work of God. Only doing the work by way of speaking words can make possible the communication between God and man, and only words can explain the truth. Working in this way is the best means of conquering man; apart from the utterance of words, no other method is capable of giving people a clearer understanding of the truth and the work of God. Thus, in His final stage of work, God speaks to man in order to unlock for them all the truths and mysteries that they do not yet understand, allowing them to gain from God the true way and the life, thereby meeting His will. The purpose of God’s work on man is to enable them to meet God’s will, and it is done to bring them salvation. Therefore, during the time of His salvation of man, He does not do the work of punishing them. While bringing salvation to man, God does not punish evil or reward good, nor does He reveal the destinations of various kinds of people. Rather, only after the final stage of His work is complete will He do the work of punishing evil and rewarding good, and only then will He reveal the ends of all the different sorts of people. Those who are punished will be those who are actually unable to be saved, while those who are saved will be those who have obtained God’s salvation during the time of His salvation of man. While God’s work of salvation is being done, every single person who can be saved will be saved as far as possible, and none of them discarded, for the purpose of God’s work is to save man. All those who, during the time of God’s salvation of man, are unable to achieve a change in their disposition—as well as all those who are unable to submit to God completely—will become objects for punishment. This stage of work—the work of words—will unlock for people all of the ways and mysteries that they do not understand, so that they can understand the will of God and God’s requirements of them, and so that they can have the prerequisites to put God’s words into practice and achieve changes in their disposition. God uses only words to do His work and does not punish people for being a little rebellious; this is because now is the time of the work of salvation. If anyone who acts rebelliously were punished, then no one would have the opportunity to be saved; everyone would be punished and fall into Hades. The purpose of words that judge man is to allow them to know themselves and submit to God; it is not to punish them with such judgment. During the time of the work of words, many people will expose their rebelliousness and defiance, as well as their disobedience toward the incarnate God. Nevertheless, He will not punish all these people as a result, but instead will only cast aside those who are corrupt to the core and who cannot be saved. He will give their flesh to Satan, and, in a few cases, terminate their flesh. Those remaining will continue to follow and experience being dealt with and pruned. If, while following, these people still are unable to accept being dealt with and pruned, and become more and more degenerate, then they will have lost their chance for salvation. Each person who has submitted to being conquered by words will have ample opportunity for salvation; God’s salvation of each of these people will show His utmost leniency. In other words, they will be shown the utmost tolerance. As long as people turn back from the wrong path, and as long as they can repent, God will give them opportunities to obtain His salvation. When humans first rebel against God, He has no desire to put them to death; rather, He does all He can to save them. If someone really has no room for salvation, then God will cast them aside. The reason God is slow to punish certain people is that He wishes to save everyone who can be saved. He judges, enlightens, and guides people only with words, and does not use a rod to put them to death. Employing words to bring humans salvation is the purpose and significance of the final stage of work.