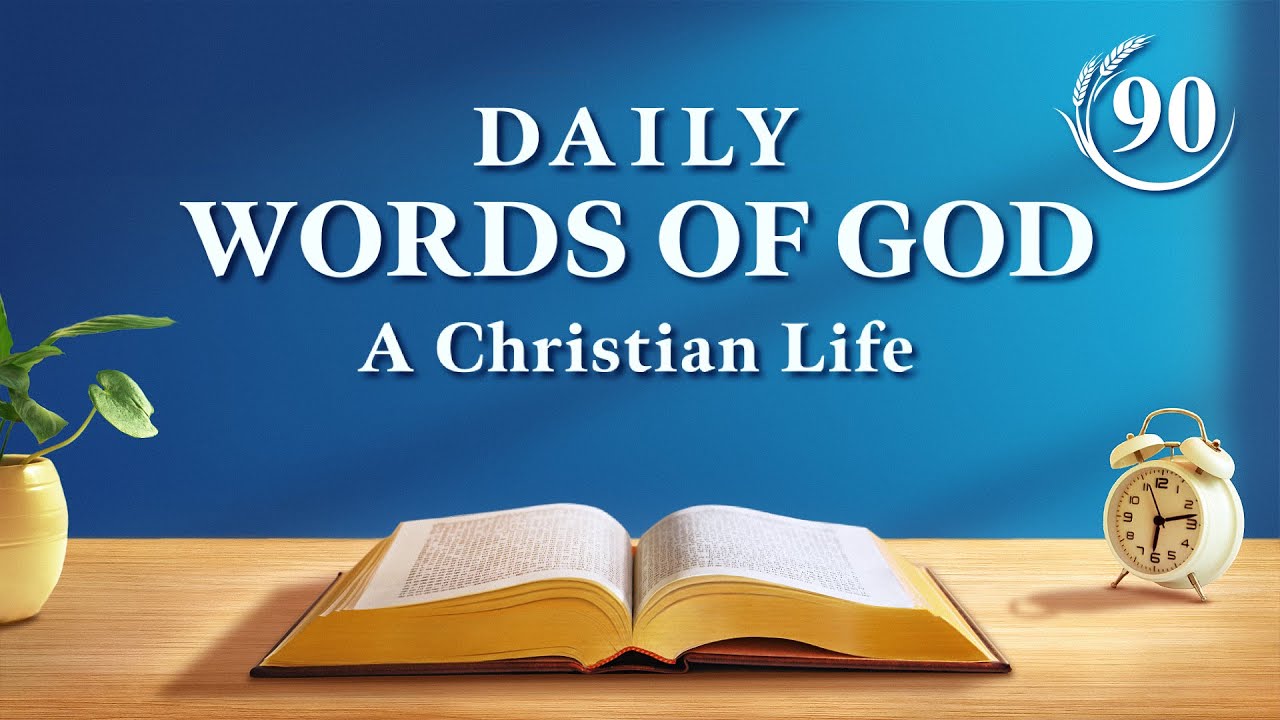 God became flesh in the most backward and filthy place of all, and it is only in this way that God is able to clearly show the entirety of His holy and righteous disposition. And through what is His righteous disposition shown? It is shown when He judges man’s sins, when He judges Satan, when He abhors sin, and when He despises the enemies that oppose and rebel against Him. The words I speak today are to judge man’s sins, to judge man’s unrighteousness, to curse man’s disobedience. Man’s crookedness and deceitfulness, man’s words and deeds—all that is at odds with God’s will must be subjected to judgment, and man’s disobedience denounced as sin. His words revolve around the principles of judgment; He uses judgment of man’s unrighteousness, the curse of man’s rebelliousness, and exposure of man’s ugly faces to make manifest His own righteous disposition. Holiness is a representation of His righteous disposition, and in fact God’s holiness actually is His righteous disposition. Your corrupt dispositions are the context of today’s words—I use them to speak and to judge, and to carry out the work of conquest. This alone is the real work, and this alone fully makes God’s holiness shine. If there is no trace of a corrupt disposition in you, then God will not judge you, nor will He show you His righteous disposition. Since you have a corrupt disposition, God will not let you off, and it is through this that His holiness is shown. If God were to see that man’s filthiness and rebelliousness were too great but He did not speak or judge you, nor chastise you for your unrighteousness, then this would prove that He is not God, for He would have no hatred of sin; He would be just as filthy as man. Today, it is because of your filth that I judge you, and it is because of your corruption and rebelliousness that I chastise you. I am not flaunting My power to you or deliberately oppressing you; I do these things because you, who have been born in this land of filth, have been so severely contaminated by filth. You have simply lost your integrity and humanity and you have become like pigs born in the dirtiest corners of the world, and so it is because of this that you are judged and that I unleash My wrath upon you. It is precisely because of this judgment that you have been able to see that God is the righteous God, and that God is the holy God; it is precisely because of His holiness and His righteousness that He judges you and unleashes His wrath upon you. Because He can reveal His righteous disposition when He sees the rebelliousness of man, and because He can reveal His holiness when He sees the filth of man, this is enough to show that He is God Himself, who is holy and pristine, and yet lives in the land of filth. If a person wallows in the mire with others, and there is nothing holy about him, and he has no righteous disposition, then he is not qualified to judge man’s iniquity, nor is he fit to carry out the judgment of man. If a person were to judge another, would it not be as if they were slapping themselves in the face? How could people who are equally filthy as one another be qualified to judge those who are alike to them? Only the holy God Himself is able to judge the whole of filthy mankind. How could man judge man’s sins? How could man see the sins of man, and how could man be qualified to condemn these sins? If God were not qualified to judge the sins of man, then how could He be the righteous God Himself? When people’s corrupt dispositions are revealed, God speaks in order to judge people, and only then do people see that He is holy. As He judges and chastises man for his sins, all the while exposing the sins of man, no person or thing can escape this judgment; all that is filthy is judged by Him, and it is only thus that His disposition can be said to be righteous. If it were otherwise, how could it be said that you are foils in both name and fact?