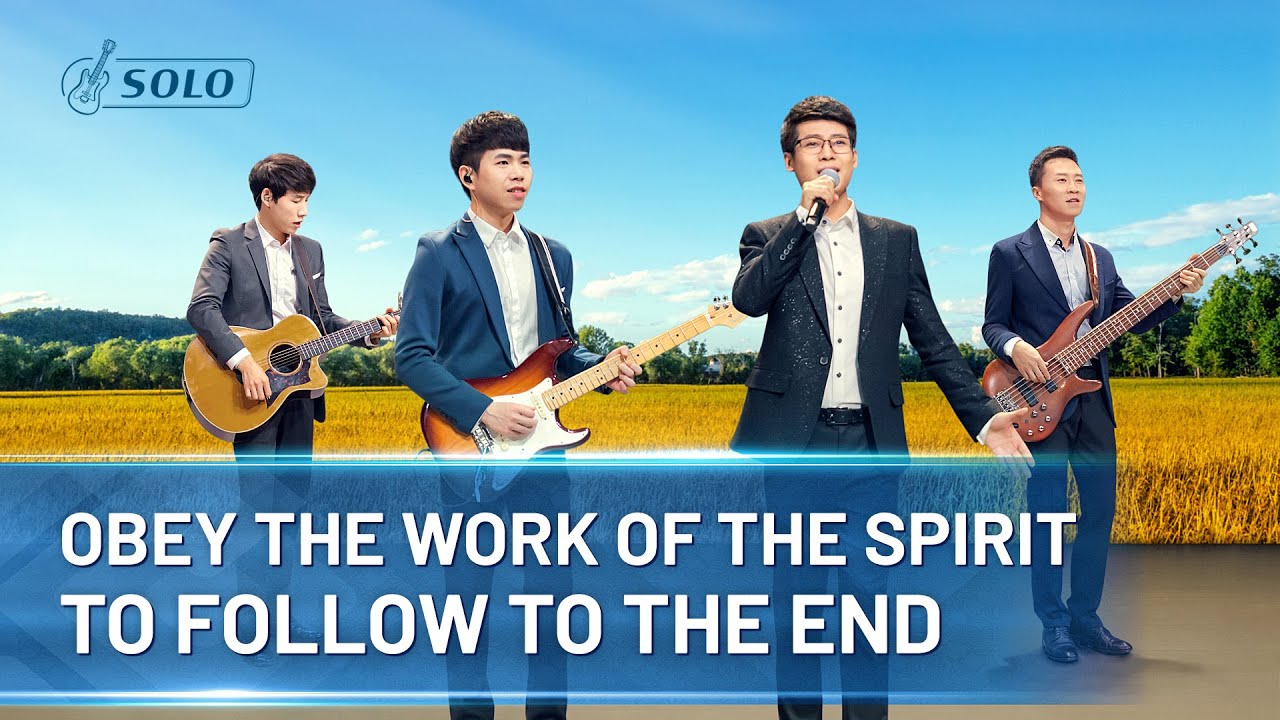 The work of the Holy Spirit changes from day to day.

It rises higher with each step,

the revelation of tomorrow higher than today’s,

climbing ever higher, step after step.

Such is the work by which God perfects man.

then they could be cast out at any time.

If they do not have a heart of obedience,

they will be unable to follow to the very end.

The former age has passed; this is a new age.

And in a new age, new work must be done.

Particularly in the final age in which people are perfected,

so without obedience in their hearts,

people will find it difficult to follow the footsteps of God.

God does not abide by any rules,

nor does He treat any stage of His work as unchanging.

Instead, the work He does is ever newer and ever higher.

Instead, the work He does is ever newer and ever higher.

With each stage, His work becomes more and more practical,

and increasingly in line with the actual needs of man.

Only after people experience such work

can they attain the final transformation of their disposition.

and so, likewise, the work of God reaches ever higher levels.

Only thus can man be made perfect and become fit for God’s use.

God works in this way on the one hand

to counter and reverse the notions of man,

and on the other to lead man into a higher and more realistic state,

into the highest realm of belief in God,

so that in the end, the will of God can be done.

All those of a disobedient nature who willfully oppose

shall be cast out by this stage of

only those who willingly obey and who gladly humble themselves

can progress to the end of the road.