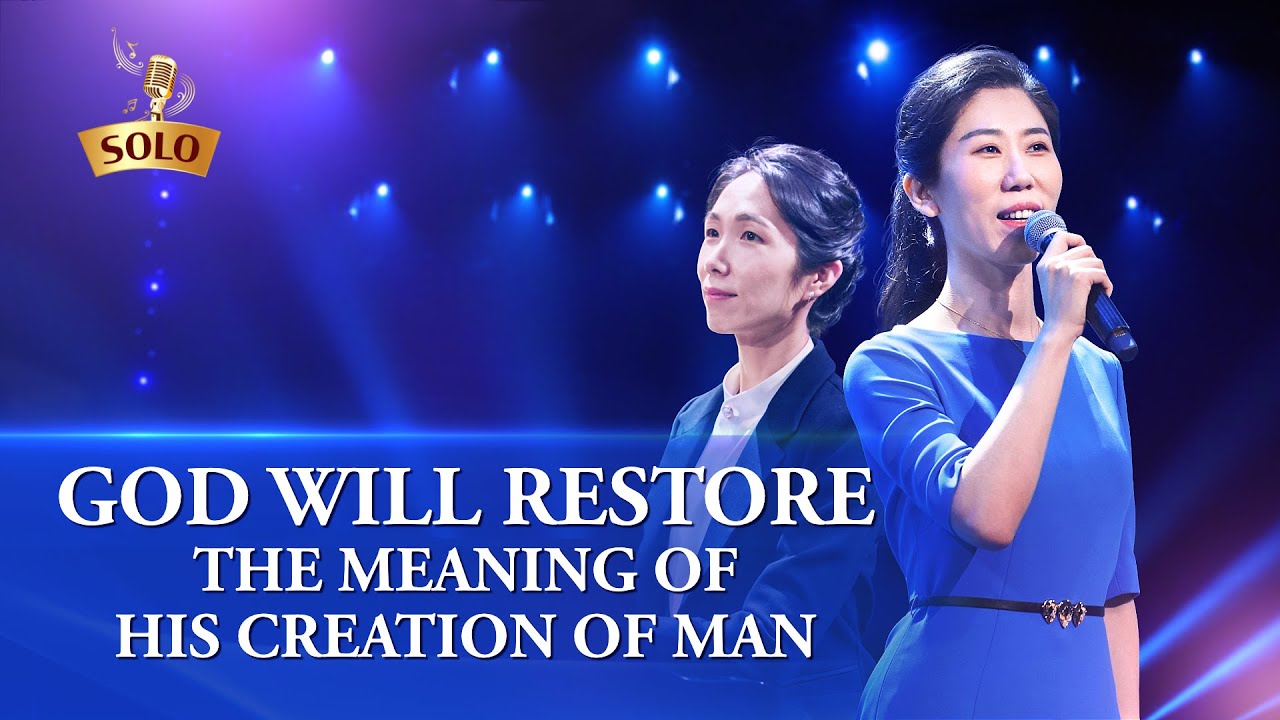 God created humans and placed them upon earth,

and He has led them ever since.

He then saved them and served as a sin offering for humanity.

At the end, He still must conquer humanity,

save humans entirely, and restore them to their original likeness.

restoring humanity to their original image and likeness.

God will establish His kingdom

and restore the original likeness of human beings,

which means that God will restore

His authority upon earth and among all creation.

After being corrupted by Satan, humanity lost their God-fearing heart

as well as the function incumbent upon God’s creatures,

Humanity then lived under Satan’s domain

thus, God had no way to work among His creatures,

and became all the more unable to win their fearful reverence.

Humans were created by God, and ought to worship God,

but they actually turned their backs on Him and worshiped Satan instead.

Satan became the idol in their hearts.

Thus, God lost His standing in their hearts,

which is to say that He lost the meaning behind His creation of humanity.

Therefore, to restore the meaning behind His creation of humanity,

He must restore their original likeness

and rid humanity of their corrupt dispositions.

To reclaim humans from Satan, He must save them from sin.

Only in this way can God gradually restore their original likeness and function,

and finally, restore His kingdom.

The ultimate destruction of those sons of disobedience

and better live upon the earth.

The kingdom God wishes to establish is His own kingdom.

The humanity He desires is one that will worship Him,

one that will submit to Him completely and manifest His glory,