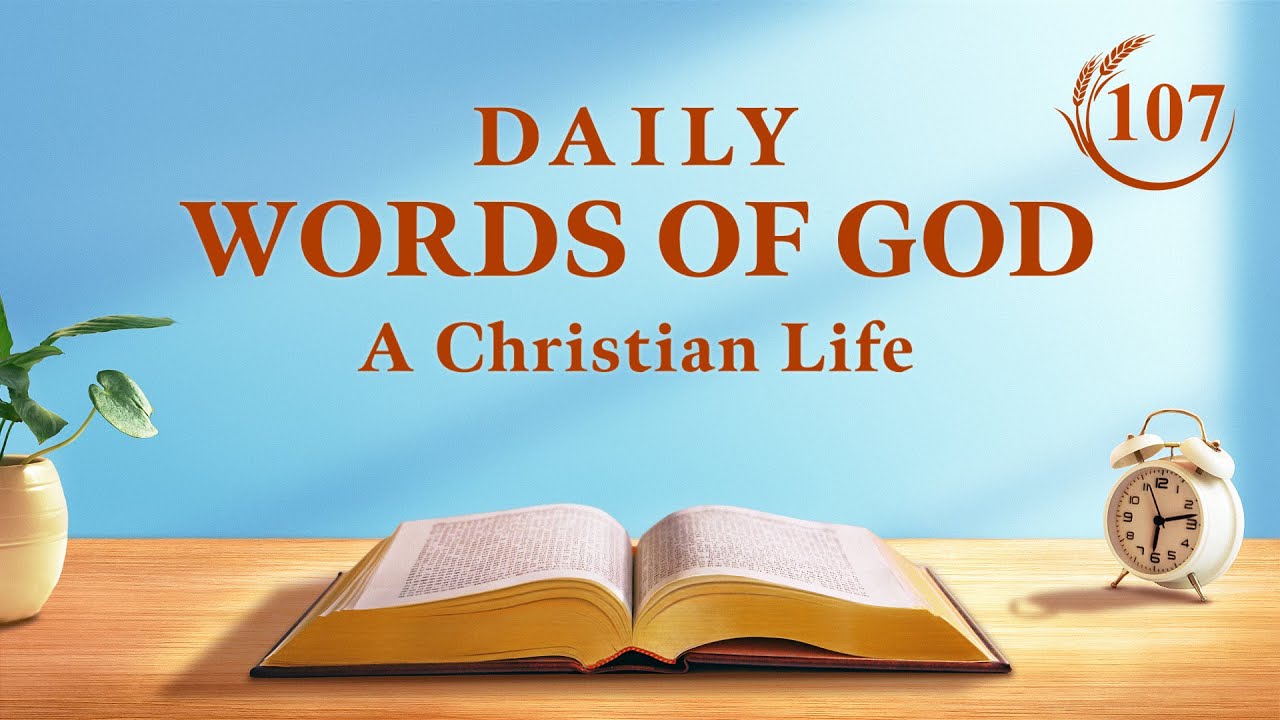 The humanity of Christ is governed by His divinity. Though He is in the flesh, His humanity is not entirely like that of a man of the flesh. He has His own unique character, and this too is governed by His divinity. His divinity has no weakness; the weakness of Christ refers to that of His humanity. To a certain degree, this weakness constrains His divinity, but such limits are within a certain scope and time, and are not boundless. When it comes time to carry out the work of His divinity, it is done regardless of His humanity. The humanity of Christ is entirely directed by His divinity. Aside from the normal life of His humanity, all other actions of His humanity are influenced, affected and directed by His divinity. Though Christ has a humanity, it does not disrupt the work of His divinity. This is precisely because the humanity of Christ is directed by His divinity; though His humanity is not mature in His conduct before others, it does not affect the normal work of His divinity. When I say that His humanity has not been corrupted, I mean that the humanity of Christ can be directly directed by His divinity, and that He is possessed of a higher sense than that of the ordinary man. His humanity is most suited to being directed by the divinity in His work; His humanity is ablest to express the work of the divinity, as well as ablest to submit to such work. As God works in the flesh, He never loses sight of the duty that a man in the flesh ought to fulfill; He is able to worship God in heaven with a true heart. He has the substance of God, and His identity is that of God Himself. It is only that He has come to earth and become a created being, with the exterior shell of a created being, and now possessed of a humanity that He did not have before; He is able to worship God in heaven. This is the being of God Himself and is inimitable to man. His identity is God Himself. It is from the perspective of the flesh that He worships God; therefore, the words “Christ worships God in heaven” are not in error. What He asks of man is precisely His own being; He has already achieved all that He asks of man prior to asking such of them. He would never make demands of others while He Himself gets free from them, for this all constitutes His being. Regardless of how He carries out His work, He would not act in a manner that disobeys God. No matter what He asks of man, no demand exceeds that which is attainable by man. All that He does is carrying out the will of God and is for the sake of His management. The divinity of Christ is above all men, therefore He is the highest authority of all created beings. This authority is His divinity, that is, the disposition and being of God Himself, which determines His identity. Therefore, no matter how normal His humanity, it is undeniable that He has the identity of God Himself; no matter from which standpoint He speaks and howsoever He obeys the will of God, it cannot be said that He is not God Himself. Foolish and ignorant men often regard the normal humanity of Christ as a flaw. No matter how He expresses and reveals the being of His divinity, man is unable to acknowledge that He is Christ. And the more that Christ demonstrates His obedience and humility, the more lightly foolish men regard Christ. There are even those who adopt toward Him an attitude of exclusion and contempt, yet place those “great men” of lofty images upon the table to be worshiped. Man’s resistance to and disobedience of God come from the fact that the substance of the incarnate God submits to the will of God, as well as from the normal humanity of Christ; herein lies the source of man’s resistance to and disobedience of God. If Christ had neither the guise of His humanity nor sought the will of God the Father from the perspective of a created being, but was instead possessed of a super humanity, then there likely would be no disobedience in any man. The reason man is always willing to believe in an invisible God in heaven is because God in heaven has no humanity and He does not have a single quality of a created being. So man always regards Him with the greatest esteem, but holds an attitude of contempt toward Christ.