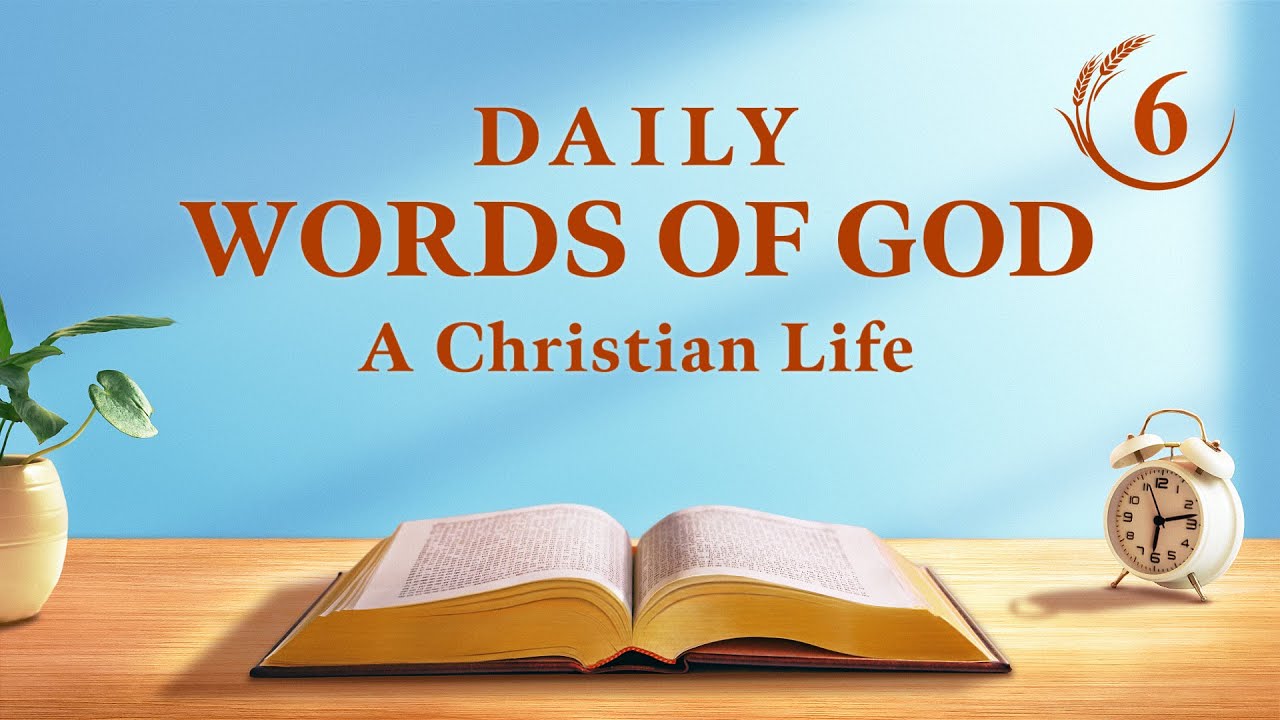 The three stages of work are at the heart of God’s entire management, and in them are expressed the disposition of God and what He is. Those who do not know of the three stages of God’s work are incapable of realizing how God expresses His disposition, nor do they know the wisdom of God’s work, and they remain ignorant of the many ways in which He saves mankind, and His will for the whole of mankind. The three stages of work are the full expression of the work of saving mankind. Those who do not know the three stages of work will be ignorant of the various methods and principles of the Holy Spirit’s work; those who only rigidly stick to doctrine that remains from one stage of work are people who limit God to doctrine, and whose belief in God is vague and uncertain. Such people will never receive God’s salvation. Only the three stages of God’s work can fully express the entirety of God’s disposition, and completely express God’s intention of saving the whole of mankind, and the entire process of mankind’s salvation. This is proof that He has defeated Satan and gained mankind, it is proof of God’s victory, and is the expression of God’s entire disposition. Those who understand but one stage of the three stages of God’s work only know part of God’s disposition. In the conception of man, it is easy for this single stage of work to become doctrine, it becomes likely that man will establish rules about God, and man uses this single part of God’s disposition as a representation of God’s entire disposition. Furthermore, much of man’s imagination is mixed within, such that he rigidly constrains the disposition, being, and wisdom of God, as well as the principles of God’s work, within limited parameters, believing that if God was like this once, then He will remain the same for all time, and will never ever change. Only those who know and appreciate the three stages of work can fully and accurately know God. At the very least, they will not define God as the God of the Israelites, or the Jews, and will not see Him as a God who will be forever nailed to the cross for the sake of man. If you only come to know God from one stage of His work, then your knowledge is too, too little. Your knowledge is but a drop in the ocean. If not, why would many of the religious old guard nail God to the cross alive? Is it not because man confines God within certain parameters? Do many people not oppose God and obstruct the work of the Holy Spirit because they do not know the varied and diverse work of God, and, furthermore, because they possess but a smidgeon of knowledge and doctrine with which to measure the work of the Holy Spirit? Though the experiences of such people are superficial, they are arrogant and indulgent in nature, and they regard the work of the Holy Spirit with contempt, ignore the disciplines of the Holy Spirit and, moreover, use their trivial old arguments to confirm the work of the Holy Spirit. They also put on an act, and are wholly convinced of their own learning and erudition, and that they are able to travel across the world. Are such people not those who are despised and rejected by the Holy Spirit, and will they not be eliminated by the new age? Are not those who come before God and openly oppose Him myopic little people, who are merely trying to show how clever they are? With but a meager knowledge of the Bible, they try to straddle the world’s “academia,” with but a superficial doctrine to teach people, they try to reverse the work of the Holy Spirit, and attempt to make it revolve around their own thought process, and short-sighted as they are, they try to behold in one glance 6,000 years of God’s work. Do these people have any reason to speak of? In fact, the greater people’s knowledge of God, the slower they are to judge His work. Furthermore, they only talk a little of their knowledge of God’s work today, but they are not rash in their judgments. The less people know of God, the more arrogant and overconfident they are, and the more wantonly they proclaim God’s being—yet they only talk of theory, and offer no real evidence. Such people are of no value whatsoever. Those who see the work of the Holy Spirit as a game are frivolous! Those who are not cautious when they encounter the new work of the Holy Spirit, who run their mouths off, are quick to judge, who give free rein to their natural instinct to deny the rightness of the Holy Spirit’s work, and also insult and blaspheme it—are such disrespectful people not ignorant of the Holy Spirit’s work? Are they not, furthermore, the ones of arrogance, inherently proud and ungovernable? Even if a day comes when such people accept the new work of the Holy Spirit, still God will not tolerate of them. Not only do they look down upon those who work for God, but also blaspheme against God Himself. Such foolhardy people will not be forgiven, either in this age or the age to come and they shall forever perish in hell! Such disrespectful, indulgent people are pretending to believe in God, and the more they do so, the more likely they are to offend God’s administrative decrees. Do not all those arrogant ones who are innately unbridled, and have never obeyed anyone, all walk upon this path? Do they not oppose God day after day, He who is always new and never old?