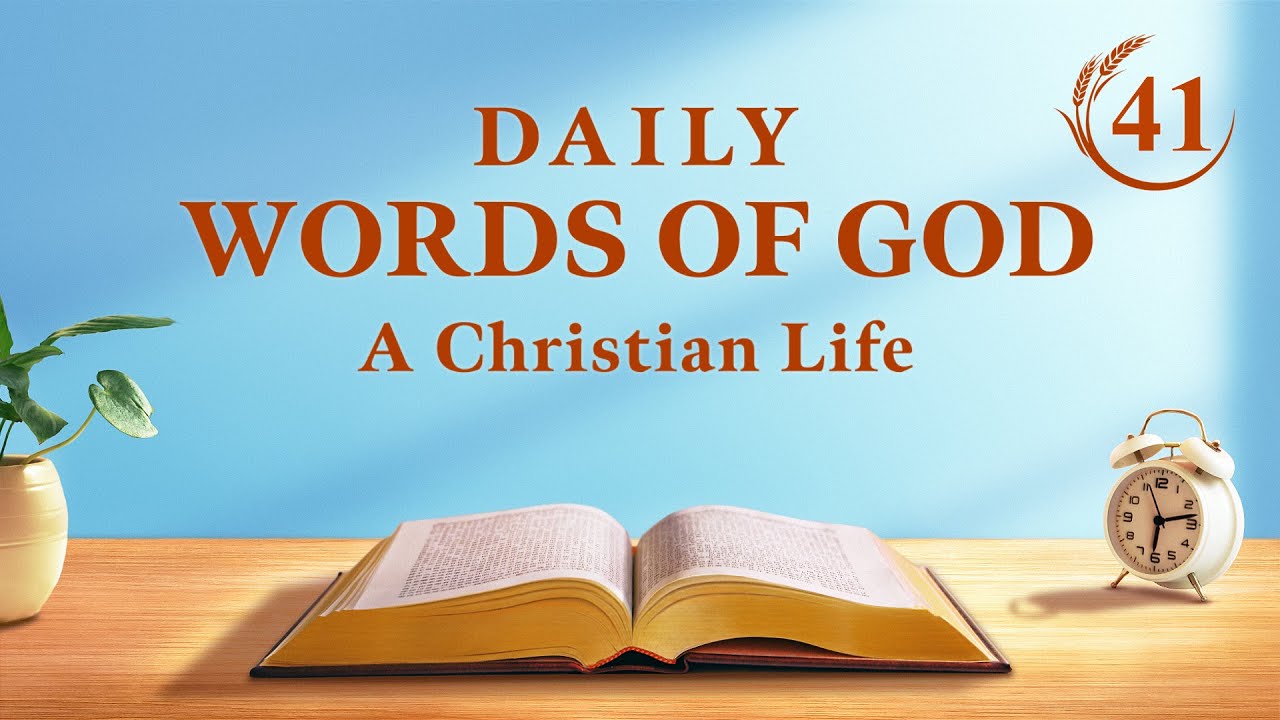 The work of God throughout all of His management is perfectly clear: The Age of Grace is the Age of Grace, and the last days are the last days. There are distinct differences between each age, for in each age God does work which is representative of that age. For the work of the last days to be done, there must be burning, judgment, chastisement, wrath, and destruction to bring the age to an end. The last days refer to the final age. During the final age, will God not bring the age to an end? To end the age, God must bring chastisement and judgment with Him. Only in this way can He bring the age to an end. Jesus’ purpose was so that man might continue to survive, to live on, and that he might exist in a better way. He saved man from sin so that he might cease his descent into depravity and no longer live in Hades and hell, and by saving man from Hades and hell, Jesus allowed him to go on living. Now, the last days have arrived. God shall annihilate man and completely destroy the human race, that is, He shall transform mankind’s rebellion. For this reason, it would be impossible, with the compassionate and loving disposition of the past, for God to end the age or to bring His six-thousand-year management plan to fruition. Every age features a special representation of God’s disposition, and every age contains work that should be done by God. So, the work done by God Himself in each age contains the expression of His true disposition, and both His name and the work that He does change along with the age—they are all new. During the Age of Law, the work of guiding mankind was done under the name of Jehovah, and the first stage of work was initiated on earth. At this stage, the work consisted of building the temple and the altar, and using the law to guide the people of Israel and to work in their midst. By guiding the people of Israel, He launched a base for His work on earth. From this base, He expanded His work beyond Israel, which is to say that, starting from Israel, He extended His work outward, so that later generations gradually came to know that Jehovah was God, and that it was Jehovah who created the heavens and earth and all things, and that it was Jehovah who made all creatures. He spread His work through the people of Israel outward beyond them. The land of Israel was the first holy place of Jehovah’s work on earth, and it was in the land of Israel that God first went to work on earth. That was the work of the Age of Law. During the Age of Grace, Jesus was the God who saved man. What He had and was was grace, love, compassion, forbearance, patience, humility, care, and tolerance, and so much of the work that He did was for the sake of the redemption of man. His disposition was one of compassion and love, and because He was compassionate and loving, He had to be nailed to the cross for man, in order to show that God loved man as Himself, so much so that He offered up Himself in His entirety. During the Age of Grace, the name of God was Jesus, that is to say, God was a God who saved man, and He was a compassionate and loving God. God was with man. His love, His compassion, and His salvation accompanied each and every person. Only by accepting the name of Jesus and His presence was man able to gain peace and joy, to receive His blessing, His vast and numerous graces, and His salvation. Through the crucifixion of Jesus, all those who followed Him received salvation and were forgiven their sins. During the Age of Grace, Jesus was the name of God. In other words, the work of the Age of Grace was done principally under the name of Jesus. During the Age of Grace, God was called Jesus. He undertook a stage of new work beyond the Old Testament, and His work ended with the crucifixion. This was the entirety of His work. Therefore, during the Age of Law Jehovah was the name of God, and in the Age of Grace the name of Jesus represented God. During the last days, His name is Almighty God—the Almighty, who uses His power to guide man, conquer man, and gain man, and in the end, bring the age to its close. In every age, at every stage of His work, God’s disposition is evident.