It was bitterly cold this past November in Northeast China, none of the snow that fell to the ground melted away, and many people who walked outside were so cold that they stuffed their hands into their armpits and walked along cautiously, bodies bent over. The other day in the early morning the winds were blowing from the northwest, when I, my brother-in-law and his wife and about a dozen brothers and sisters were sitting in my home on the warm kang (a heatable brick bed). Everyone had a copy of the Bible beside them and in their hands everyone was holding a copy of the book Judgment Begins With the House of God. Two sisters from The Church of Almighty God were fellowshiping on the truth concerning God’s three stages of work. The two sisters were drawing pictures of the three stages of work as they fellowshiped: “God’s work for the salvation of mankind can be divided into three stages, from the Age of Law to the Age of Grace and then to the Age of Kingdom. Each stage of work is newer and more improved and also more profound than the previous stage. The work done in the last days is the final stage of work, in which God expresses words to judge and cleanse man….” We nodded our heads as we listened, and our minds felt especially clear: Who would’ve thought that God’s management plan for the salvation of mankind would have so many mysteries! Besides God Himself, who else could speak of the mysteries of these three stages of God’s work so clearly? This truly is the work of God! We fellowshiped into the evening of the following day, and our whole group expressed a willingness to seek out and look into Almighty God’s work of the last days.

After this the two sisters then fellowshiped on the truth regarding the significance of the incarnation of God, and the rest of us were listening attentively when all of a sudden our church leader Wang Ping showed up. When she entered the house she pointed a harsh finger at the two sisters from The Church of Almighty God and asked me: “What are these two doing?” I spoke frankly: “These are Sister Zhang and Sister Mu …” But before I could even finish speaking she said in an exasperated tone: “Who are Sister Zhang and Sister Mu? I see that they are preachers of the Eastern Lightning, they are sheep-stealers….” After Wang Ping finished talking, we all sat there in shock. I thought to myself: Sister Wang Ping has almost always talked about loving others as you love yourself and loving your enemies; why is it that today she comes in here saying such unreasonable things? Why is she judging and condemning these two sisters? I was thinking this over when I heard Sister Zhang calmly say to Wang Ping: “Sister, there are no hidden intentions in us coming here today. We just want to spread the gospel of the Lord’s return to you …” Wang Ping interrupted Sister Zhang and yelled out: “The Lord’s return? Not even those of us who serve as leaders know anything about the Lord’s return, so how could you know anything about it? That is not possible! The Lord Jesus said: ‘All that ever came before me are thieves and robbers: but the sheep did not hear them’ (John 10:8). You both need to leave right now and never come back here.” When I heard Wang Ping say this I felt disgusted inside: Usually she always preaches well; how is it that she can be so compassionless all of a sudden? So I asked Wang Ping: “Sister Wang, it’s late. Where are you asking them to go? The Lord teaches us that we must love even our enemies, to say nothing of these two sisters who believe in God. If we treat these two in this way, we would in no way resemble believers in the Lord …” But before I could even finish what I was saying Wang Ping anxiously grabbed the hand of my brother-in-law’s wife and said to her and her husband: “If Zhao Gang doesn’t want these two women to leave then let’s go. We won’t listen to them!” When she finished saying this she furiously grabbed a hold of these two and walked out. 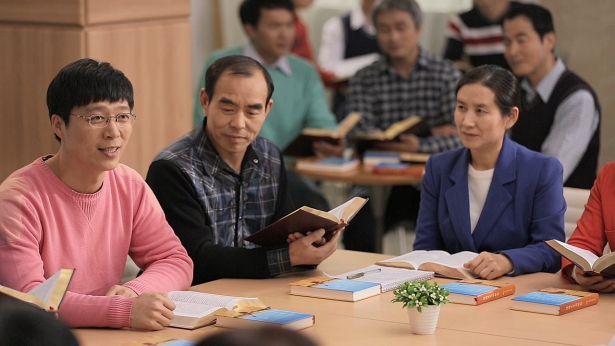 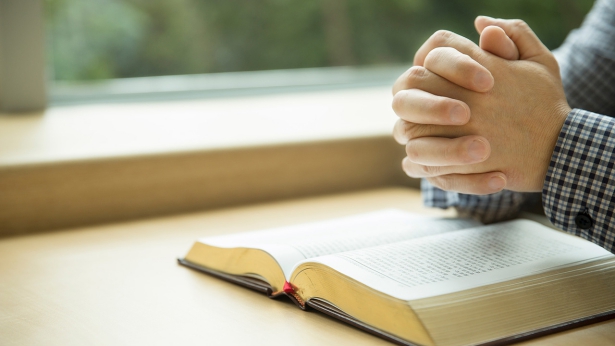 Early in the morning on the following day, after Sister Zhang and Sister Mu had left, my fellow Brother Guan who is higher up than me in our church came to me and asked: “Brother Zhao, I heard that you all believe in Eastern Lightning?” I told him solemnly: “Yes, I accept Almighty God’s work in the last days, because through the words of Almighty God I have come to understand many truths that I previously didn’t understand, such as the mysteries of His three stages of work and the significance of the incarnation of God. I see that the words of Almighty God are ‘the words spoken by the Holy Spirit to the churches’ as prophesied in the Book of Revelation.” Brother Guan glanced over at me and said: “Brother Zhao, are you really going to follow what these people believe? Do you know what kind of people they are?” I said: “I see that their humanity is great and that they fellowship about the truth very clearly. Everything they discuss has to do with the truths of God’s work. I truly have gained a lot these past two days.” Brother Guan said to me angrily: “How can you be so stubborn? Hebrews 6:6-8 tells us: ‘If they shall fall away, to renew them again to repentance; seeing they crucify to themselves the Son of God afresh, and put him to an open shame. For the earth which drinks in the rain that comes oft on it, and brings forth herbs meet for them by whom it is dressed, receives blessing from God: But that which bears thorns and briers is rejected, and is near to cursing; whose end is to be burned.’ You are a preacher, you enjoy so much of the Lord’s grace, but not only are you not leading brothers and sisters to believe in the Lord, rather you are leading them to depart the church. Could it be that you are not afraid of being punished? If you do not turn around you might lose the Lord’s protection, and you will not be able to wish for the good days of old. Your previous sicknesses will recur, and your two children will not have good jobs….”

After brother Guan left I felt a little nervous, and I thought to myself: The things he said seem to have some reason to them, so what should I do just in case my faith in Almighty God causes me to lose the Lord’s grace? When I thought about this I felt my heart grow weak, so I hurriedly got down on my knees and prayed to God: “Almighty God! Brother Guan’s words have made me weak. God! Are the things he said actually true or not? I really don’t know what to do now….” As I was praying to God my wife came back, and I told her about what had just happened. After hearing this she said nervously: “Is that really what he said?” I nodded my head, and my wife said worriedly: “He has been a major leader who has believed in the Lord for many years, and he’s very familiar with the Bible. I feel that he would not tell lies. If it’s really going to be like what he says then what should we do?” At this time I suddenly thought of the truth of God’s three stages of work that Sister Zhang and Sister Mu had fellowshiped about: God’s work for the salvation of mankind is divided into three stages, but all three stages of work are carried out by one God. As I thought about this it suddenly became clear to me, and I blurted out to my wife: “I know that what Brother Guan said doesn’t seem right. He said that by accepting God’s work in the last days we are leaving the way of the Lord and betraying the Lord Jesus, but the words of Almighty God that we have been reading these few days are truly God’s voice. Almighty God is the return of the Lord Jesus. By following Almighty God we are actually following the footsteps of the Lamb. We are the ones who are the wise virgins. Why would the Lord punish us? …” We were in the middle of discussing this when Sister Zhang and Sister Mu came in …

My Daughter at Death’s Door: I Witness a Miracle by Praying to God (Audio Essay)

Not only did God give my daughter a new lease of life but, even more importantly, through these events I have come to truly understand the truth that mankind’s fate is in God’s hands.

Now I know what is good and what is evil, what is beauty and what is ugliness. My faith in God has been hardened and I have become closer to God. Pain is truly God’s blessing! In my future life of faith, I am willing to experience even more of God’s work and I am willing to follow God all the way until the end!

What is true happiness? Many people might think, “Success and making a name for yourself, and being looked up to and admired by others is happiness.” Here, a relatively well-known physician realizes in her waning years that despite having high status and being looked up to by many people, she wasn’t happy. Having gained these things held no significance at all for her. Why did this famous doctor reach this conclusion? And what new understanding of real happiness did she gain? Read on to find out her experience …

I Welcomed the Return of the Lord (Audio Essay)

The churches at present are as desolate as the temple was, and it’s also because God is doing new work. The Lord Jesus that we have been desperately waiting for is now incarnated in human form and returns among us. He has taken the name Almighty God to express the truth and do the work of judging, cleansing and saving man in the last days. He has come to conclude the Age of Grace and begin the Age of Kingdom.