A Guileless Person Is Not an Honest Person

I am an outgoing and forthright kind of person. I speak with people in a very straightforward manner; whatever I want to say, I say it—I’m not the type to beat around the bush. In my interactions with others I tend to be a pretty straight shooter. I’m often cheated or ridiculed for placing trust in others too easily. This is often very distressing for me. After believing in God, I read in His words that God loves those who are simple and honest. I thought to myself: God wants honest people; in the past while out in the world, my guilelessness put me at a disadvantage and made me vulnerable to the bullying by others, but now in the church I no longer need to fret over being too guileless. Since then, I felt especially comforted when I read God’s words saying that only the honest shall receive God’s salvation. I thought of myself as an honest person, and that attaining God’s salvation wouldn’t be an issue. When I saw how distressed my brothers and sisters had become as they began to recognize their deceitful nature but they were unable to change it and couldn’t be in accord with God’s will, I felt even more relieved that, being innately honest, I wouldn’t have to go through all of that. One day, however, after receiving the enlightenment of God’s words, I finally realized I wasn’t an honest person. 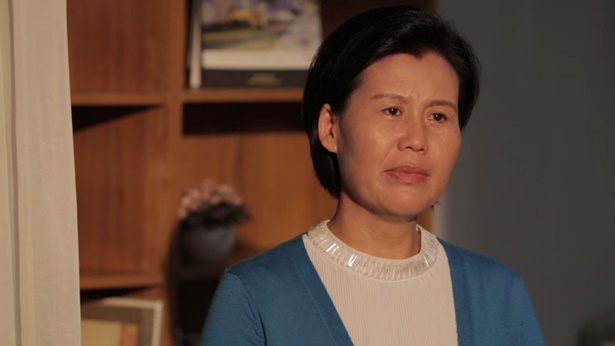 One day, I read God’s words: “People who are honest are possessed of the truth, they are not pitiable, wretched, stupid, or simplehearted. … And so, do not put this crown upon your head, thinking that you are honest because you suffer in society, are discriminated against, and are pushed around and cheated by everyone you meet. This is utterly wrong. … Being honest isn’t as people imagine: People aren’t honest simply because they are straightforward and plain-dealing. Some people may be naturally very forthright in the way they speak, but being forthright does not mean they are without deceit. Deceit is people’s motivations, and their disposition. When people live in this world, under the influence of Satan’s corruption, it is impossible for them to be honest; they can only become ever more deceitful” (“The Most Fundamental Practice of Being an Honest Person” in Records of Christ’s Talks). God’s words were a perfect characterization of my state. I always thought: I speak frankly, I don’t engage in trickery or play games, I am frequently cheated and bullied in the world, and so no part of me is deceitful. As a result, I never checked myself against God’s words exposing the deceit in man, instead crowning myself as the quintessence of honesty. I thought that God’s words were all talking about other people and that I was somehow different, that I had been born with this innate honesty. But it turns out that was nothing but my own notion and imagination and was not at all in line with the truth. Another passage of God’s words then came to mind: “Honesty means giving your heart to God, being genuine with God in all things, being open with Him in all things, never hiding the facts, not trying to deceive those above and below you, and not doing things only to curry favor with God. In short, to be honest is to be pure in your actions and words, and to deceive neither God nor man. … If your words are riddled with excuses and valueless justifications, then I say that you are someone who is loath to put the truth into practice. If you have many confidences that you are reluctant to share, if you are highly averse to laying bare your secrets—your difficulties—before others to seek the way of the light, then I say that you are someone who will not attain salvation easily, and who will not easily emerge from the darkness. If seeking the way of the truth pleases you well, then you are someone who dwells always in the light. If you are very glad to be a service-doer in the house of God, working diligently and conscientiously in obscurity, always giving and never taking, then I say that you are a loyal saint, because you seek no reward and are simply being an honest person. If you are willing to be candid, if you are willing to expend your all, if you are able to sacrifice your life for God and stand firm in your testimony, if you are honest to the point where you know only to satisfy God and not to consider yourself or take for yourself, then I say that such people are those who are nourished in the light and who shall live forever in the kingdom” (The Word, Vol. 1. The Appearance and Work of God. Three Admonitions). God’s words made me more aware that what God really means by honesty is someone who gives their heart to God, who is unwaveringly faithful to Him, who harbors no deceit or cheating in their heart, someone who possesses the truth and humanity. An honest person doesn’t muddle through or cheat when performing their duty; they don’t cause concern for others and God can trust them. The honest lay themselves bare in all things before God, and are also willing to share their private matters and personal troubles with their brothers and sisters. They don’t try to cheat God, nor do they cheat other people. Honest people don’t distort things; they call a spade a spade. Honest people give no thought to their personal prospects or future plans; they wholeheartedly expend themselves for God and only live to satisfy Him. As for me, I just didn’t get what it meant to be an honest person. In my worldly judgment of things, God’s “honest person” was what we refer to in the secular world as a “guileless person.” Little did I know that God’s “honest person” and my “honest person” hold very little in common. How ignorant I was, how absurd!

Giving it some careful thought, Satan has corrupted man for thousands of years: We all grow up in an environment permeated with the poison and corruption of Satan. Our language and behavior, the way we conduct ourselves in society, are all subject to Satan’s worldly philosophies and laws of survival. “Think before you speak and then only with caution”; “Everyone for himself and the devil take the hindmost”; “Speak out of both sides of one’s mouth”: These most famous phrases from Satan have already planted themselves in the collective unconscious of man. They are part and parcel of our lives, driving us to deceit and cunning. Given that all mankind is afflicted by deceit and cunning, what made me think I was somehow immune, or innately honest? I speak straightforwardly and without equivocation because I’m a frank and direct person. I’m often cheated by others because I’m ignorant and somewhat slow, but this doesn’t mean that I’m really an honest person. When I think back, how many times have I misrepresented myself and lied to preserve my reputation and status? How many times have I wallowed in anxiety over my future prospects instead of believing in God with a pure and single-minded heart? I feared that in giving up everything for God, I’d be left with nothing, so I always wanted a promise from God, a guarantee that I would one day enter His kingdom. That was the only way I would have been able to pursue the truth wholeheartedly without worry. Even when I did make sacrifices and expend myself it was in exchange for a good destination. How many times was I unable to be faithful to God, always fussing over my personal losses and gains in the process of fulfilling my duties and fretting over my own fame and status? And how many times did I make and break resolutions in front of God, speaking high-sounding but empty words to curry God’s favor? How many times did I refrain from opening myself up to my brothers and sisters and sharing my personal troubles and private affairs with them for fear that they would look down on me? How many times did I say only what I believed would benefit me personally, putting up my guard and being suspicious of others? The more I reflected on myself, the more I saw that my thoughts, words and actions were all filled with craftiness and deceit, and that I was living every moment in accordance with a deceitful nature. I am not remotely an honest person.

Thank God for enlightening me, for showing me that honest people are not just frank and guileless, but rather those who possess truth and humanity. Thank God also for showing me that I am not honest by God’s definition, but a person afflicted by a deceitful nature, a deceitful person who God has exposed. Then, I prayed to God: “Dear God, I am no longer willing to rely on my deceitful nature in life; I will work to become an honest person. I ask that You expose me and allow me to have a deeper understanding of my own deceitful nature, so that I may despise myself, deny my flesh, and soon become an honest person who possesses the truth and humanity, living out the likeness of a true human to satisfy You.”

Honest People
Previous: Only by Understanding the Truth Can One Have Discernment
Next: Why Haven’t I Changed After So Many Years of Faith?

Tear Off the Mask and Start Life Afresh

God’s revelation and judgment also showed me a path to practice: No matter how many difficulties I meet, or how poor my condition, only by laying myself bare and using truth to reach resolution and going by God’s word will I receive the work of the Holy Spirit. Only by casting off my disguise and behaving honestly will I attain God’s salvation.

These experiences allowed me to truly appreciate that everyone, no matter who they are, likes an honest person.

To Be an Honest Person Is Truly Great! (Audio Essay)

There Is Great Happiness in Being Honest

Through this process of practicing honesty, I experienced how being honest allows one to live in the light and receive God’s blessing. Being an honest person is truly meaningful and valuable!