I Find the Path to Knowing God

One day, I saw the following passage of God’s words in the piece “How Peter Came to Know Jesus”: “During the time he followed Jesus, Peter observed and took to heart everything about His life: His actions, words, movements, and expressions. … From his time in contact with Jesus, Peter also saw that His character was different from that of an ordinary man. He always acted steadily and never with haste, never exaggerated nor underplayed a subject, and He conducted His life in a way that revealed a character which was both normal and admirable. In conversation, Jesus spoke plainly and with grace, communicating always in a cheerful yet serene manner—and yet never did He lose His dignity while carrying out His work. Peter saw that Jesus was sometimes taciturn, while other times He spoke incessantly. Sometimes He was so happy that He appeared like a frisking and frolicking dove, and other times He was so sad that He did not talk at all, appearing laden with grief as though He were a worn and weary mother. At times He was filled with anger like a brave soldier charging off to kill an enemy or, on some occasions, He even resembled a roaring lion. Sometimes He laughed; other times He prayed and wept. No matter how Jesus acted, Peter grew to have boundless love and respect for Him. Jesus’ laughter filled him with happiness, His sorrow plunged him into grief, His anger frightened him, while His mercy, forgiveness, and the strict demands He made of people made him come to truly love Jesus and develop a true reverence and longing for Him. Of course, it was not until after Peter had lived alongside Jesus for a number of years that he gradually came to realize all of this” (The Word Appears in the Flesh). After reading this passage I thought: No wonder Peter could have knowledge of God! Turns out it was because he lived alongside the Lord Jesus day and night, he personally witnessed the Lord Jesus’ every word and every move, and from that he discovered much of God’s adorableness, and so he achieved knowledge of God. Now is also the era of when God becomes flesh to personally descend upon the world of man to work. If I could also have the fortune of being able to come into contact with God and spend time together like Peter had, then wouldn’t I also know God better? Oh! It’s a shame that now I can only read God’s word but cannot see the face of Christ. Then how would I be able to gain true knowledge of God? 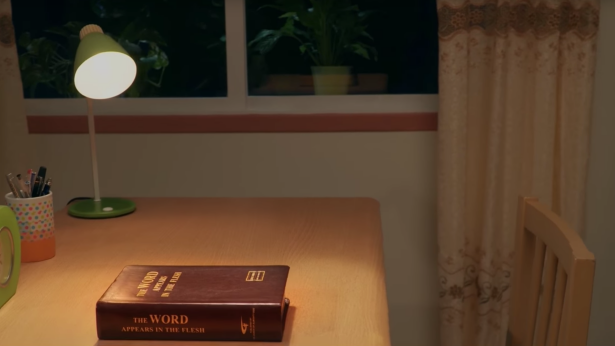 Just when I was disappointed over this, I thought of God’s words through His enlightenment: “Knowing God must be achieved through reading and understanding God’s words. Some say: ‘I haven’t seen God incarnate, so how should I know God?’ In fact, God’s words are an expression of His disposition. From God’s words, you can see His love and salvation for humans, as well as His method for saving them…. This is because His words are expressed by God Himself, not written by humans. They have been personally expressed by God; God Himself is expressing His own words and His inner voice. Why are they called words from the heart? It is because they are issued from deep down, and express His disposition, His will, His thoughts, His love for mankind, His salvation of mankind, and His expectations of mankind…. God’s utterances include harsh words, and gentle and considerate words, as well as some revelatory words that are not in line with human wishes. If you look only at the revelatory words, you might feel that God is rather stern. If you look only at the gentle words, you might feel that God is not very authoritative. You therefore should not take them out of context; rather, look at them from every angle. Sometimes God speaks from a gentle and compassionate perspective, and then people see His love for mankind; sometimes He speaks from a very strict perspective, and then people see the disposition of His that will tolerate no offense. Man is deplorably filthy, and is not worthy of seeing God’s face or of coming before Him. That people are now allowed to come before Him is purely by His grace. God’s wisdom can be seen from the way He works and in the significance of His work. People can still see these things in God’s words, even without any direct contact from Him” (“How to Know God Incarnate” in Records of Christ’s Talks). God’s words made me suddenly see the light. As it turns out, God’s words represent God Himself! Because God’s words are the life of God Himself, the expressions of His disposition, the revelations of what He has and is, and they completely represent God’s life essence. God incarnate in the last days expresses all that is the life of God using words and utterances, allowing man to see through God’s word His great power, His supremacy, His humility and hiddenness, and His adorableness, and moreover understand His joys and sorrows, and know what He has and is. Therefore, when people hear God’s voice and read God’s words, it’s like seeing God, just as Job said in the Old Testament: “I have heard of You by the hearing of the ear: but now my eye sees You” (Job 42:5). It seemed that as long as I read and experienced God’s words in earnest, then I could truly come to know Him. If people depart from God’s words and only see God incarnate, can they know God completely? Thinking back to when the Lord Jesus appeared and performed His work, there were many thousands of people who saw the Lord Jesus, but how many truly knew Him? Didn’t the Pharisees also see the Lord Jesus back then? So why did they nail Him to the cross? Wasn’t it because they hated the truth and didn’t listen to His words, and they stubbornly held on to their own conceptions and imaginations? On the other hand, Peter was able to have a real knowledge of the Lord Jesus because he could listen closely to His words and was good at contemplating every word and sentence uttered by Him. Through the Lord Jesus’ utterances and work he got to know God’s disposition and what He has and is, ultimately gaining true knowledge of God. These facts speak volumes, and if someone wants to know God, then it does not depend entirely on whether or not they can see Christ, but crucially it depends on whether or not they love the truth. If they truly love the truth, then even if they haven’t laid eyes on the face of Christ, they can still come to know God by listening to His voice; if they do not love the truth, however, then even if they have seen Christ’s face, it will still be impossible for them to know God, and they will even look upon Christ with contempt for being an ordinary person, and defy and betray Christ.

The more I thought about the preposterous logical reasoning I used to have, the more I felt my own wretchedness, foolishness, and childishness. Every day I held God’s word in my hands, read God’s word, and experienced God’s word, but I let slip the perfect opportunity to know God and did not enter into it, and instead I lived in notions and imaginings, complaining about the situation, thinking that I could only know God by seeing the face of Christ. I really was living a blessed life without appreciating it! From this day on, I will read more of God’s word, contemplate His word, seek to understand His joys and sorrows through His word, and discover more of His adorableness, so that my knowledge of God may be deepened.

Previous: God’s Words Removed My Notions
Next: I Am Unfit to See Christ

An Evaluation That Exposed Me

By Liu Xiao, China When I was 20, I was arrested by the police for believing in God and tortured. I will never forget that experience. It...

The Reflections of a “Good Leader”

By Rubylen, the Philippines Since I was a child, my parents taught me to be friendly with people, and to be an approachable and empathetic...