I Am Unfit to See Christ

Since I first began believing in Almighty God, end-time Christ, I really admired those brothers and sisters who were following along at Christ’s side, who could personally receive Christ’s shepherding and hear His utterances with their own ears. I felt that it would be wonderful if I were able to hear Christ speak myself one day, and it would be even more glorious if I could see Him with my own eyes. But lately, through listening to Christ’s fellowship, I have come to feel deeply in my heart that I am not fit to see Christ. 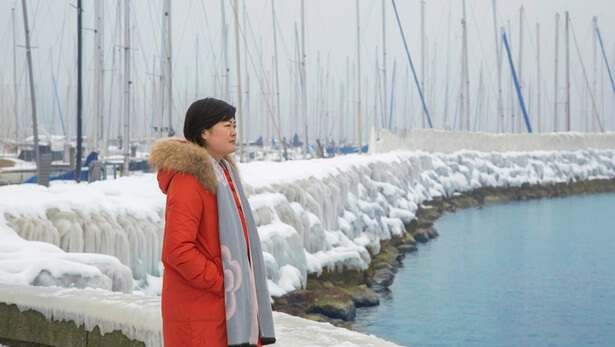 After that, I began to reflect: Why did I yearn so to hear the fellowship of Christ myself, yet when He spoke to us, I couldn’t recognize the voice of God? I began to read the words of God pertaining to my state and saw the following passage: “All men wish to see the true countenance of Jesus, and all desire to be with Him. I do not think that any brother or sister would say that they do not wish to see or to be with Jesus. Before you have seen Jesus—before you have seen the incarnate God—you are likely to entertain all sorts of ideas, for example, about Jesus’ appearance, His way of speaking, His way of life, and so on. But once you have really seen Him, your ideas will swiftly change. Why is this? Do you wish to know? Man’s thinking cannot be overlooked, which is true—but more than that, the essence of Christ does not brook alteration by man. You think Christ an immortal or a sage, but no one considers Him a normal man possessed of divine essence. As such, many of those who yearn day and night to see God are actually enemies of God, and are incompatible with Him. Is this not a mistake on the part of man? Even now you still think that your belief and loyalty are enough to make you worthy of beholding the countenance of Christ, but I exhort you to equip yourselves with more things that are practical! For in the past, present, and future, many of those who come in contact with Christ have failed or will fail; they all play the role of the Pharisees. What is the reason for your failure? It is precisely because there is in your notions a God who is lofty and deserving of admiration. But the truth is not as man wishes. Not only is Christ not lofty, but He is particularly small; not only is He a man, but He is an ordinary man…. And this being so, people treat Him as they would an ordinary man; they treat Him casually when they are with Him, and speak to Him heedlessly, all the while still waiting for the coming of the ‘true Christ.’ You take the Christ that has already come for an ordinary man, and His words for those of an ordinary man. For this reason, you have not received anything from Christ, and have instead completely exposed your own ugliness to the light” (“Those Who Are Incompatible With Christ Are Surely Opponents of God” in The Word Appears in the Flesh). I held myself up against God’s words, and then I thought of how my own corrupt disposition and ugliness had manifested when I heard Christ’s fellowship. I realized that I believed in Christ but I didn’t understand His essence, didn’t understand His being humble and hidden, had too many notions and imaginings regarding Christ, and that my perspective on things was absurd. In my notions and imaginings, other than those brothers and sisters with immediate access to Him, others could not possibly hear Christ’s fellowship with their own ears. I imagined that Christ’s fellowship would be accompanied by Christ publicly announcing His identity and that it would be spoken in a voice different from others with many elegant turns of phrase, like some kind of extraordinary man. Christ’s fellowship, I imagined, would be accompanied by the excited, passionate cheers of my brothers and sisters; and if it was the brother from the above and Christ speaking in turn, then Christ would speak first, and the brother from the above would speak last. I delimited the work and words of Christ within the boundaries of my notions and imaginings, because I imagined Christ in a particular way. When the facts were at odds with these notions and imaginings of mine, within my heart I did not treat Him like God. Instead, I treated Christ as an ordinary person and Christ’s words as those of an ordinary person. While others gained much from Christ’s fellowship, I gained nothing, and instead completely exposed my satanic face of being arrogant, conceited, and truth-despising, and made myself one who rejects and resists Christ.

Later, I saw in God’s word: “You always wish to see Christ, but I urge you not to hold yourselves in such high esteem; anyone may see Christ, but I say no one is fit to see Christ. Because the nature of man brims with evil, arrogance, and rebelliousness, at the moment you see Christ, your nature will destroy you and condemn you to death” (“Those Who Are Incompatible With Christ Are Surely Opponents of God” in The Word Appears in the Flesh). “You are not reverent in the presence of the truth, still less do you possess an attitude of yearning. All you do is study indiscriminately and wait with blithe unconcern. What can you gain from studying and waiting like this? Do you think you will receive personal guidance from God? If you cannot discern God’s utterances, in what way are you qualified to witness the appearance of God? … Only those who can accept the truth will be able to hear the voice of God, and only such people are qualified to witness the appearance of God” (“The Appearance of God Has Ushered in a New Age” in The Word Appears in the Flesh). God’s words cut me to the heart and made me further understand that I couldn’t discern God’s voice because I was too arrogant and too snobbish, too easily tempted to listen carefully and nod in agreement with those who have position and status, while I looked down upon those who I felt lacked position or status, such that even if they spoke the truth I wouldn’t accept it. When I listened to fellowship I was not focused on the truth, or gaining edification myself, and instead devoted my mind to speculation and scrutiny, analyzing what kind of person the speaker was. I revealed nothing but corruptness and rebelliousness, notions and imaginings. Someone as arrogant, rebellious, and lacking love of the truth as me, someone without a shred of piety or yearning before the truth as me, how could I possibly hear and know the voice of God? How was I fit to see Christ?

Through that revelation I finally understood that even though I wanted to see Christ, I was unfit to see Him because Satan’s corruption of me is too deep, I am very arrogant and rebellious by nature, I possess none of the truth, I do not understand the essence of Christ, I have too many notions and imaginings about God, and in my heart the God I believe in is still a vague God, an image of a mighty and eloquent figure. And when I truly see Christ, my notions may be revealed at any time and my arrogant disposition may flare up at any moment. As a result, because of my own rebellious nature I can only do things that offend God’s disposition such as making judgments of God and resisting Him, thus doing myself in. Now I must equip myself with the truth, seek to know my corrupt nature and understand the essence of Christ through the words of God, and seek to become someone who knows and worships Christ.

Relationship With God
Previous: I Find the Path to Knowing God
Next: Every Word of God Is an Expression of His Disposition

Are you willing to take 10 minutes to pray to God and read His words? Join our group now!

How to pray to gain God’s approval is a truth we urgently need to enter into. This essay points out a path for how Christians can pray so that the Lord will hear. We can honestly pray to God from our souls, tell God what’s on our hearts, know our place as created beings, and often offer up prayers for God’s will to be done.

Christian Devotion: How to Build a Strong Relationship With God

The Bible says, “Draw near to God, and he will draw near to you” (James 4:8). As Christians, only by drawing closer to God and having real interaction with God can we maintain a normal relationship with God and obtain the work of the Holy Spirit.

How to Overcome Temptation in Spiritual Warfare