Judgment Is the Light

My name is Zhao Xia. I was born into an ordinary family. Due to the influence of dictums like “A man leaves his name behind wherever he stays, just as a goose utters its cry wherever it flies,” and “As a tree lives for its bark, a man lives for his face,” reputation and face became particularly important to me. Everything I did was to earn other people’s praise, compliments, and admiration. After getting married, the goals I set for myself were: I will have a more prosperous life than others; I must not allow anyone say negative things about how I treat the elderly or about my behavior and conduct; I will ensure my child gets into a well-known university and has good prospects in order to bring me more glory. Therefore, I never quarreled with my in-laws. Sometimes when they spoke harshly with me, I would feel so wronged that I would secretly cry rather than show them any kind of attitude. When I saw others buy clothing for their parents during Chinese New Year or other holidays, I would immediately go buy some for my mother-in-law, and only of the best quality. When relatives came to visit, I would help with the shopping and cooking. I was still entirely willing even when it was difficult or tiring. Out of fear that I would fall behind others, I left my baby daughter behind just a month after giving birth to her to go straight back to work. As a result, she suffered from malnutrition, becoming just skin and bones because I wasn’t nursing her. It wasn’t until she had received 100 injections of nutrients that she took a turn for the better, while I was so tired that my back was aching every single day. Though it was difficult and tiring, I endured the hardship and expended myself tirelessly for the sake of gaining a good reputation. My hard work paid off, and in just a few short years, I became well-known as a good daughter-in-law in the village, and my family became wealthy and were envied by those around us. As a result, my in-laws, neighbors, relatives and friends were all full of praise for me. In the face of the praise and compliments from those around me, my vanity was greatly satisfied. I felt that my hardships over the last few years were not in vain—I felt really self-satisfied. However, my serene life was disrupted after my brother-in-law got married. His wife always spoke to me mockingly, saying that I had ulterior motives in treating our mother-in-law well because I was only interested in her money. She always said that our mother-in-law was biased toward us since she gave us more things than she gave them; she was always stirring up trouble over this. I felt very wronged and wanted to hash it out with her openly in order to proclaim my innocence, but I was afraid that it would ruin the positive image that I had built up with others. So, I would force myself to hold back, and when I could bear it no longer I would cry it out in private. Later on my sister-in-law really overstepped her bounds by taking over the land that had been parceled out for my side of the family. I was shaking with anger and couldn’t eat or drink for days. I even wanted to fight it out with her. However, realizing that it would cause me to lose face, damage my reputation, and make those around me look down on me, I just swallowed it. However, I was so pent up that I was in torment. I moped around, sighing all the time, feeling that life was too painful and tiring, wondering when there would be an end to a life like that. 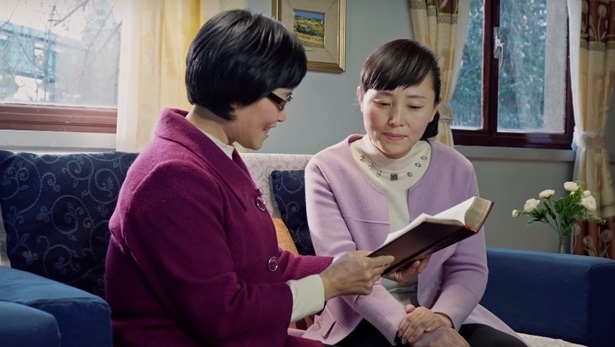 Man’s end really is God’s beginning. Just as I was in pain and feeling helpless, Almighty God reached out to me with His hands of salvation. One day, my neighbor asked me: “Do you believe that there is a God?” I answered: “Who doesn’t? I believe in God.” She went on to say that the God she believes in is the one and only true God who created the universe and all things, and that in the beginning, mankind lived within God’s blessings because they worshiped Him, but after being corrupted by Satan, they no longer worshiped God and thus came to live under God’s curse and in pain. She told me that Almighty God of the last days had come to bestow the truth upon people and to save them from the abyss of misery. She also shared fellowship on her own experiences in her faith. After hearing her fellowship, I felt that I had found my closest confidant, and could not help but spill out to her all the pain in my heart. Afterward, she read a passage of God’s words to me: “When you are weary and when you begin to feel something of the bleak desolation of this world, do not be lost, do not cry. Almighty God, the Watcher, will embrace your arrival at any time. He is keeping watch by your side, waiting for you to turn back around. He is waiting for the day you suddenly recover your memory: when you realize that you came from God, that, at some unknown time you lost your direction, at some unknown time you lost consciousness on the road, and at some unknown time acquired a ‘father’; when you realize, furthermore, that the Almighty has always been keeping watch, waiting there a very, very long time for your return” (“The Sighing of the Almighty” in The Word Appears in the Flesh). God’s words flowed into my heart like a warm current, consoling my painful and sad heart, and I could not stop tears from rolling down my face. In that moment, I felt just like a wandering child in pain who had suddenly returned to the embrace of her mother. I had an indescribable feeling of excitement and emotion. I kept on giving thanks to God for taking me into His house and caring for me when I had nowhere else to go. I quietly resolved to follow God with my heart and soul. From then on, I began reading God’s words, praying to God, and singing hymns to praise God every single day; I felt so relaxed and had such enjoyment in my heart. Through attending gatherings and interacting with brothers and sisters, I saw that they were just like a big family even though they were not related by blood. Their interactions were simple and open, without pretense, duplicity, jealousy, conflicts, or scheming. They did not bully the poor while favoring the rich, they were all able to treat everyone with sincerity and full equality, and we would share fellowship on God’s word and sing hymns in praise of God. I had a real sense of freedom in my heart. This is how I fell in love with this life of the church that is loving and warm, fair and joyous. I became convinced that Almighty God is the one true God who created the universe and all things, and I resolved that I would follow Him to the very end. 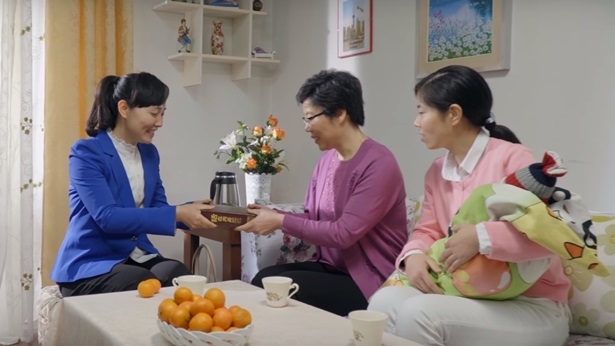 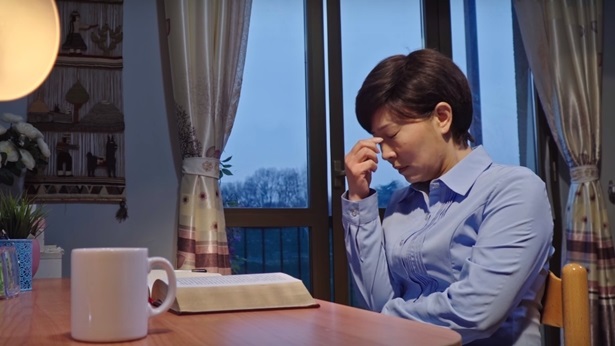 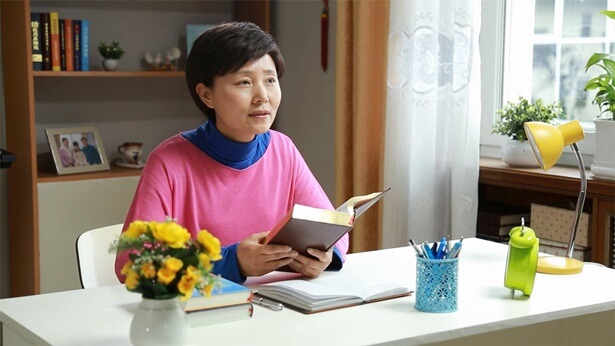 Thereafter, my state quickly normalized through reading God’s words and living a life of the church. The church again arranged a suitable duty for me. I began to focus on pursuing the truth in the fulfillment of my duty, and when I revealed my corruption, I would find the corresponding words of God to resolve it. When faced with things that involved face and status, even though some thoughts came to mind, through prayer, seeking the truth from God’s word to understand the essence of fame and gain, gradually I became able to not be controlled by these things and could fulfill my duty with peace of mind. When I saw some brothers and sisters who had not believed in God for as long as me entrusted with commissions, by seeking the truth, I was able to understand that what duty one fulfills at which time is predestined by God, and that I should obey God’s arrangements. As a result, I was able to handle these situations correctly. When brothers and sisters dealt with and exposed my nature and essence, even though I felt I had lost face, I was able to become obedient through prayer. This was because it was God’s love coming upon me, which was greatly beneficial in changing my life disposition. In the past, I was overly focused on my face and was not willing to open up to anyone, for fear that others would look down on me. Now, I practice being an honest person in accordance with God’s requirements, and if I have any problems I open up to my brothers and sisters. This brings me a feeling of release and happiness deep in my soul. Seeing these changes in myself, I could not help but thank and praise God, for these are the fruits borne in me by God’s chastisement and judgment work of the last days.

Previous: Embarking on the Path of Belief in God
Next: I Have Only Just Begun Walking the Right Path of Life

God Helped Me Pass Through the Trial of Illness

Each time I became negative and weak and I lost my faith, God’s words led and guided me, giving me faith and strength. With God as my staunch backup, I would no longer be fainthearted and afraid.

I’m No Longer Shirking My Duty

By Dong’en, Spain One day in mid-August last year, a leader told me that she wanted me to take charge of several churches’ work and asked...

In Letting Go of Status, I Am Liberated

By Hao Li, China I took on a leadership position in the church in August 2019. I remember one time right after I’d wrapped up my fellowship...