Some time ago, when I went to the church for gatherings I would often hear leaders and co-workers say that some brothers and sisters, after attending fellowship with me, became negative, weak, and lacked motivation to continue in their seeking. Others felt it too challenging to believe in God and misunderstood God. Some said that their condition was fine before they met with me, but after they saw me, they felt tremendously pressured and uncomfortable. … Hearing this, my heart sank, and I felt terribly wronged—every time I came to have fellowship with them I would stay for a number of days, and, in order to resolve their problems, I would comb through all sorts of chapters and cite countless passages of the word of God, talking until my mouth was dry, and all the while thinking that my efforts were yielding good results. I never imagined that things would turn out like this. Why had this happened? I held this question in my thoughts as I prayed to God, “Oh God, I am surely at fault for the outcome, but I don’t know where I went wrong. I ask for Your guidance, so that I may become more aware of my faults. I am willing to wait to receive Your enlightenment.” 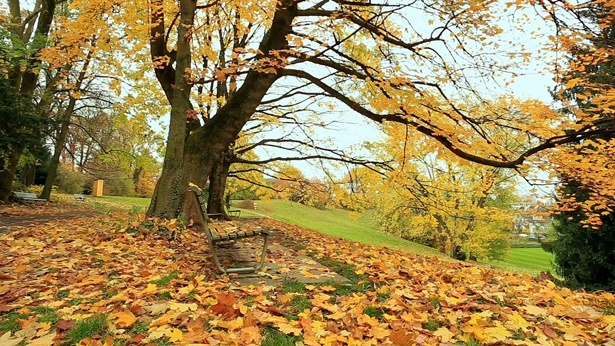 After finishing my prayer, I began to reflect back upon fellowship with my brothers and sisters: When I saw that they didn’t understand God’s will or they had notions about work arrangements, I would dissect their arrogant nature and share fellowship on the consequences of arrogance, saying that it would inevitably be met with punishment. If I saw that problems were arising in the church’s election process, I would talk about how failing to select someone suitable would hold the church’s work back and ruin the lives of our brothers and sisters. In this way, God would come to detest us and we would be eliminated. When I saw brothers and sisters slacking off in their duties, I would raise some people who had been expelled as examples. I would tell them that they were being deceptive, this constituted a betrayal of God, and if they didn’t repent they would have the same outcome as people who had failed. When some brothers and sisters were unwilling to go out and share the gospel because of the CCP government’s mad arrests and persecution of Christians, I told them they were disobeying and resisting God. … Scene after scene like this clearly flashed through my mind. Oh God! How was that using the truth to resolve their problems? I was using pure intimidation! Under God’s guidance, I thought of a passage of a sermon, “Service in line with the will of God requires that in all things and with regard to all issues we should exalt God, testify to God, commune God’s will, commune God’s requests, and allow others to act in accordance with God’s word. We should not make people act in accordance with the principles, rules and sayings of man. Your communion should enable people to come before God and obey His will, act according to God’s word and, ultimately, come to know God and obey Him” (The Fellowship From the Above). At this moment, I experienced a sudden revelation. God’s commission for those who work as leaders is to exalt and bear witness to Him, and to be able to point out the states of brothers and sisters and the essence of their problems. Then, they should share clear fellowship on God’s requests and His will for mankind so that brothers and sisters are able to practice according to God’s words and ultimately achieve understanding of and obedience to God. But when I was trying to resolve issues for my brothers and sisters, I relentlessly dissected their nature and the way in which they acted, and brought up the potential consequences of their actions to intimidate them, trying to force them to know themselves. I rarely talked about God’s will or God’s views or hopes in a matter. I also rarely used the truth to share fellowship on my brothers’ and sisters’ conditions. This led to them being unable to realize God’s will, having no real understanding of themselves and being even less capable of seeing the earnest intention of God’s salvation and His love for mankind. As a result, they lived in passive states. It was only at this point that I realized I had been acting out of blind adherence to my own desires. I had been resisting God! Leading my sisters and brothers in this way, not only was I unable to aid them in understanding and obeying God, but I was actually causing them to misunderstand and have more and more conflict with God. In this way, they grew further and further apart from God and committed more and more transgressions. Not only was it extremely damaging to the work of the church, but it hindered my brothers’ and sisters’ entry into life. It was then that I realized that what is most key in supporting my brothers and sisters is to help them understand God’s will through reading and fellowshiping about the word of God, understand the earnest intention of God’s salvation, come to know the root of their problems and the essence of their corruption and, in so doing, learn to hate themselves, act according to God’s requests and, ultimately, come to know and obey God. This is the true meaning of service in accord with God’s will and only this kind of service is considerate of God’s will.

I offered thanks to God for showing me the real reason why my duty had been ineffective. From then on, I began consciously seeking out the relevant truths based on my brothers’ and sisters’ states, trying to grasp what the essence of their problems was, and then sharing fellowship on God’s will and His requests for mankind based on His words. I talked about why God would have us act in the way He requested, what His earnest intentions were for us, what kind of effect He expected to have, and how we could work with God to be in accordance with His will. After communing in this way, I saw God’s blessings: My brothers and sisters began to understand God’s will and witness God’s salvation. They came to understand that the price God has paid for man is beyond comprehension. They started to have some understanding of their rebellious nature, became willing to pursue the truth, and felt motivated to fulfill their duties.

Through my practical experiences, I have come to have a deep sensation of the very real nature of God’s love. When I worked according to my own will, resisting God in my service to Him, God quickly revealed my shortcomings and deficiencies, and corrected the errors in my work. Otherwise, I truly do not know where my actions would have led my brothers and sisters or how much harm I would have brought to them. I come before God and offer up a prayer of gratitude: “Almighty God, thank You for Your real and true work, which allowed me to see Your wondrous actions and the salvation which You bestowed upon me. From now on, I vow to double down on the truth and work harder to understand Your requests, so as to seek and grasp Your will and work according to Your desire in all things, performing service in accordance with Your will.”

Seek the Truth
Previous: The Secrets Hidden Behind My Pursuit
Next: Understanding on Putting the Truth Into Practice

My Life Principles Left Me So Damaged

If man attains his sustenance from Satan’s poison, if he acts according to Stan’s axioms, he will only become more corrupt and evil. He will be less and less humane and more and more in opposition to God, removed from God. He will never receive God’s salvation.

Thank You God for Your revelations and enlightenment, which allowed me to realize my satanic nature of arrogance and vileness. God, I vow to seek the truth with diligence. I shall place myself under the inspection of the entire congregation so I may fulfill my duties conscientiously to comfort Your heart.

What Is Truly Accepting Truth?