Understanding on Putting the Truth Into Practice

Not too long ago, after listening to some sermons, I started to understand that only those who practice the truth can obtain the truth and ultimately become ones who possess the truth and humanity thus attaining God’s approval. From then on, I made a conscious effort to forsake my flesh and practice the truth in my daily life. Some time later, I happily discovered that I could practice some truths. For example, in the past, after I revealed corruption, I was afraid to show my dark side to others. Now I was consciously open with my brothers and sisters, dissecting my corrupt disposition. Before, when I was pruned and dealt with, I would always make excuses and shirk responsibility. Now I made a conscious effort to deny myself instead of trying to justify my bad behavior. In the past, when I experienced friction with the brothers and sisters that I was partnered with, I was narrow-minded, petty and prone to sulking. Now when I encountered those situations I would forsake my flesh and consciously exercise tolerance and patience with others. Every time I thought of my “results” in practicing the truth, I would feel extremely happy. I thought that my ability to practice some truths meant that I was a genuine practitioner of the truth. And so, in this way I unknowingly came to live in a state of complacency and self-admiration. 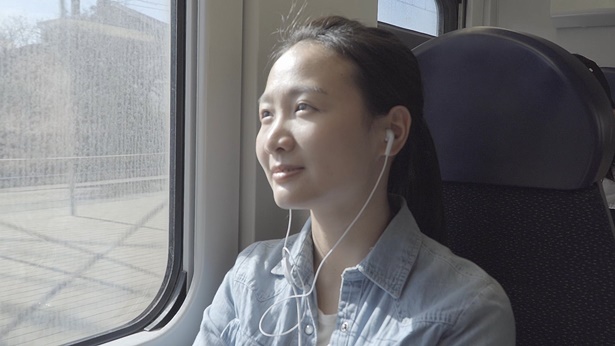 One day, I came upon the following words of God: “Some people say, ‘I feel that I am now able to put some truths into practice; it’s not that I absolutely cannot practice any truths. In some environments, I can do things in accordance with the truth, which means I count as a person who puts the truth into practice and as one who has the truth.’ Actually, compared to before or when you first started believing in God, in this sort of situation you have exhibited a little change. In the past, you did not understand anything, nor did you know what the truth was or what a corrupt disposition was. Now you have come to know some things, and are capable of having some good ways of practicing, but this is only a small portion of your change; it is not a genuine transformation of your disposition, because you are unable to put advanced and deep truths that involve your nature into practice. In contrast to your past, you have indeed changed somewhat, but this transformation is only a small change in your humanity; when compared with the highest state of truth, you are way off the mark. That is, you have not hit the mark when putting the truth into practice” (“Understanding One’s Nature and Putting the Truth Into Practice” in Records of Christ’s Talks). After reading these words, I could not help but be stunned. All I have accomplished were just a few good behaviors? I’m still far from genuinely practicing the truth? Well then, what does it mean to genuinely practice the truth? I began to look for truths related to this question. Later, I read a sermon that says: “Those who willingly practice the truth can afford the price and are willing to accept the hardships involved. Obviously, their hearts are filled with happiness and enjoyment. Those willing to practice the truth will never just go through the motions, because they are not just doing it for show, but because they possess the conscience and reason of a normal humanity, and are performing their duty as God’s creatures. To them, practicing the truth is fundamental to being human, and it is a quality one with normal humanity should possess” (The Fellowship From the Above). After reading this, I finally understood: Genuine practitioners of the truth can practice the truth because they understand the purpose of doing so. They know that practicing the truth is both the foundation and the reality of being a person, and it is a quality that humans should have. Therefore, they don’t do it for show; they see it as their duty. They are willing to endure hardships and pay the price; they are devoid of personal intentions and desires. But how did I practice the truth? After revealing my corrupt dispositions, I may have been forthright and laid them bare to my brothers and sisters, but in my heart I was thinking, “See how I practice the truth! I’m able to lay open my own corrupt dispositions to you. That makes me better than you guys, huh?” When I was pruned and dealt with, I may not have made excuses out loud, but inside I was saying, “See? I no longer make excuses. I’ve improved so much. I probably qualify as someone who is willing to accept the truth now, huh?” When I had friction with the brothers and sisters I partnered with, I may have consciously tried to restrain myself and avoid any outbursts, but in my heart I was thinking, “See? I’m not like I was before, petty and narrow-minded. I’ve changed, huh?” … When I thought of my mindset when I practiced the truth, I finally admitted that I wasn’t really practicing the truth. I was full of my own motives and desires. I was doing it for show. I wanted other people to admire me and compliment me, leaving them a good impression. I had not been practicing the truth because I understood its significance or because I was willing to satisfy God, but instead I did it simply to satisfy myself and to show off to others. I had been tricking and cheating God, and the essence of my actions was a betrayal of the truth. My so-called “practicing of the truth” was just following the rules. It was just an exercise of self-restraint relying on willpower, and just keeping certain bad behaviors in check. It was only a false appearance. I was still quite far from meeting the standards required of a truth practitioner. However, not only did I shamelessly think that I was a practitioner of the truth, I even became self-congratulatory as a result. My behavior was truly beyond the pale!

Thank God for His enlightenment and guidance. Thank Him for showing me that I was not a true practitioner of the truth and that my implementation of the truth did not meet God’s standards, and for allowing me to find the correct path to practicing the truth. From this day forward, I’m willing to examine my own intentions and make demands of myself according to the standards of practicing the truth. I will rid myself of impurities and become a genuine practitioner of the truth.

Previous: The True Reason for Ineffective Work
Next: It’s Not Easy Being an Honest Person

I Am Resolute on This Path

By Han Chen, China A few years ago, I was arrested for preaching the gospel. The Communist Party sentenced me to three years for...

Learning to Submit Through Hardship

By Li Yang, ChinaIn early 2008, I noticed a lump had developed behind my son’s ear. I took him to the hospital for a checkup and the doctor...

By Liu Yi, China My first arrest was in December, 2002. I was reported by a malicious person while I was out of town sharing the gospel...