Judging by Appearances Is Just Absurd

In the past, I often judged people by their appearances, holding charming, erudite and eloquent people in especially high regard. I believed such people were sensible, good at understanding others and generally good and kind. Only recently, as the reality revealed itself, have I come to correct this absurd way of thinking. 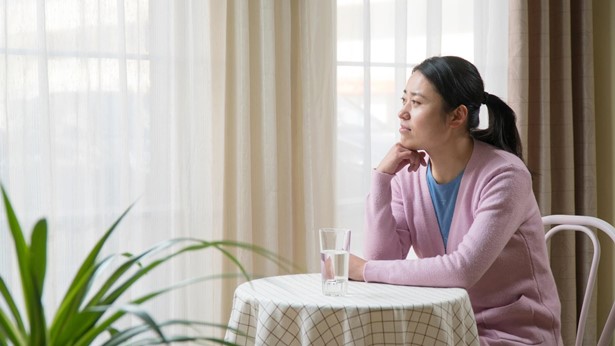 One night near dusk, as soon as I had returned to my host family, I saw a young man wearing a suit and leather shoes sitting in the room. He wore a finely wrought pair of spectacles, which accentuated his cultured and scholarly manner. My hostess was an elderly sister who informed me that the young man was her son and that he was currently working as an official in the municipal government of a large city. He dressed so smartly, was so cultured in how he spoke and comported himself, and was reputed to be a college graduate, and he had a decent job in the municipal government—because I had had to quit school early due to my family’s poor financial situation, all this made me incredibly envious. It was truly the first time I had seen someone with such charm and scholarliness. I thought to myself: “Someone so cultured and of such high status and cultivation will certainly be a good person who is amiable, humane and rational.” With that thought in mind, I began trying to discuss matters of faith with him, but his reaction was quite contrary to my expectations. He rose to his feet in a clamor and slammed his fist down on the table yelling, “Get out of here right now! If you don’t leave this instant I’ll call the police!” Having spoken, he immediately took out his cell phone and began dialing 110. I was utterly dumbfounded and didn’t know what to do next. It was nearly 10 p.m., if I left now where would I go? Just then, the elderly sister quickly came forward and tried to talk her son down, saying, “It’s already late, she can leave tomorrow.” As soon as he saw that I would spend the night there, he became furious, literally pushing and shoving me out the door, and in the process yelling, “The CCP government is an atheist government that does not allow people to believe in God. How could I, a cadre of the government and beneficiary of public funds, allow a missionary to stay in my home? Get out of here now!” With that, he furiously picked up my bicycle and threw it right at me and then shoved me and my bike right out the door. The elderly sister went after me with the intent of taking me to another host family’s house, but her son wouldn’t allow it, pulling her back inside and locking the door. I heard her crying, “Where do you expect a girl to go late at night all by herself?” “Let her go where she goes—with her God’s protection she has nothing to fear, right?” He yelled in reply, tearing her back inside.

Staring blankly at the blinking stars of the night sky and the cars roaring by on the highway, I felt sad and heavy hearted: “If you don’t want me living in your house then fine, but there’s no reason to stop the elderly sister from taking me to another host family. How could you be so inhumane, so vicious! Even a beggar should not be treated in this way! I have no idea where another host family is and I’m stranded with no place to go in the dead of night. What am I supposed to do?” With these thoughts rattling through my head, tears came to my eyes. At that moment, the fine impression I had of the elderly sister’s son’s charm, knowledge and cultivation was thoroughly wiped away. Only then did I think of a sermon, “How could we call those who resist or persecute God truly good people? Ever since man was corrupted by Satan, he has become an expert in disguise and in covering himself with life philosophy. On the outside, he looks like a person, but when someone begins to testify to God, his demonic nature is revealed. Not many people realize this, so they are often blinded and fooled by the platitudes and niceties of others. God’s words and work can best expose man. Those without the truth are merely hypocrites. Those who understand the truth will see clearly with regard to this issue. Those who do not understand the truth fail to see anything clearly and as a result their viewpoints are absurd” (The Fellowship From the Above). These words made me come to my senses. Indeed, the fellowship was exactly right: The corrupt are all good at pretending, and just because they seem cultivated and polite on the outside, that doesn’t mean they are good in substance. Only those who love the truth and can accept the truth are good, kindhearted people. If someone seems nice on the outside, but they do not acknowledge God or accept the truths expressed by God—and are even capable of opposition, vexation, and hate—then they cannot be called someone who is good. I, however, used my own imagining and secular worldview to judge people. I always thought that those with knowledge, status and cultivation were invariably humane, rational and understanding of others. My viewpoint could not have been more absurd! Little did I know, on the outside some may look cultured and charming, but on the inside they are sick of the truth and hate the truth, and the moment someone mentions God or faith in God, an unrestrained fury surges forth from them as though they are enemies, and they even follow in the CCP’s wake, defying God and persecuting God’s chosen people. This government official that I met was a perfect example. On the surface, he had charm, eloquence, and culture, but as soon as I brought up matters of faith, he completely lost it. He condemned, expelled and threatened people who believed in God, and he completely revealed his satanic nature that is hostile to God. In the face of these facts, I realized that I must not only assess people by what’s on the outside; what’s key is to look at their attitude toward God, and toward the truth. If they do not love the truth and accept the truth, then no matter how great their expertise or status, no matter how impressive they seem on the exterior, no matter how cultivated they are, they are still not truly good.

Through this experience, I see that I have not been judging people by their essence, but by their appearance; such outlook has been so absurd. This experience has also revealed that I have been following God for many years without having understood the truth; my outlook on things has not undergone a true transformation, and I don’t know how to discern people, I don’t understand things thoroughly and my stature is pitifully immature. In the future I will do my utmost to pursue the truth, learn to see people and things according to God’s word, and correct all of my absurd viewpoints within and seek to become compatible with God.

Previous: What Is Truly Accepting Truth?
Next: I Learned to Coordinate With Others

A Human Likeness Is Attainable by Resolving Arrogance

By Zhenxin, USAIn March 2017, I started doing graphic design work for the church mainly for movie posters and thumbnails. At first, I...

God’s Word Turned My Wrong Ideas and Viewpoints Around

I always believed that my husband and I passed our lives “with our faces to the soil and our backs to the sun” because we didn’t study enough when we were young, and because we had no knowledge. That’s why I decided that no matter how hard or how much I had to suffer, I would send my sons and daughters to school so that they could accomplish something, and wouldn’t have to follow in our footsteps.

By Chen Min, Spain I accepted Almighty God’s work of the last days in 1999 and I started serving as a leader before long. I experienced my...

What Is the Nature of God’s Love?

I never thought that suffering is a form of God’s blessing. Only after learning of my sister’s experience, did I realize that the refinement of suffering is a true manifestation of God’s love. God creates certain situations and inflicts misfortunes upon His people—be it through physical ailment, financial hardship, or any other difficulties—not out of ill will but out of His loving kindness.