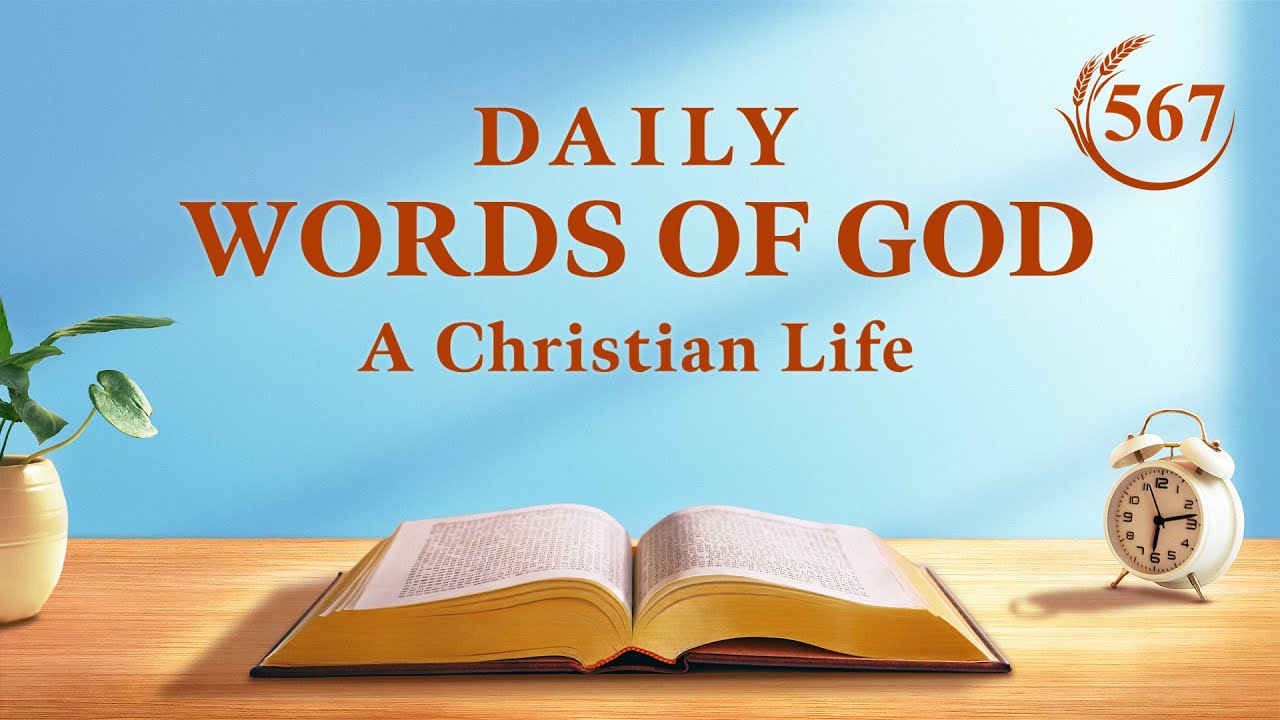 In summary, taking Peter’s path in one’s faith means to walk the path of pursuing the truth, which is also the path of truly getting to know oneself and changing one’s disposition. Only by walking the path of Peter will one be on the path of being perfected by God. One must be clear on how, exactly, to walk Peter’s path, as well as how to put it into practice. First, one must put aside one’s own intentions, improper pursuits, and even family and all things of one’s own flesh. One must be wholeheartedly devoted; that is, one must completely devote oneself to the word of God, focus on eating and drinking of God’s words, concentrate on the search for the truth and the search for God’s intentions in His words, and try to grasp God’s will in everything. This is the most fundamental and vital method of practice. This was what Peter did after seeing Jesus, and it is only by practicing in this way that one can achieve the best results. Wholehearted devotion to the words of God primarily involves seeking the truth, seeking God’s intentions within His words, focusing on grasping the will of God, and understanding and obtaining more truth from God’s words. When reading His words, Peter was not focused on understanding doctrines, much less was he focused on obtaining theological knowledge; instead, he concentrated on comprehending the truth and grasping God’s will, as well as achieving an understanding of His disposition and His loveliness. Peter also attempted to understand the various corrupt states of man from God’s words, as well as man’s corrupt nature and actual shortcoming, thus meeting all aspects of God’s requirements of man in order to satisfy Him. Peter had so many correct practices that abided by the words of God; this was most in line with God’s will, and it was the best way a person could cooperate while experiencing God’s work. When experiencing the hundreds of trials from God, Peter examined himself strictly against every word of God’s judgment of man, every word of God’s revelation of man, and every word of His demands of man, and strived to fathom the meaning of those words. He tried in earnest to ponder and memorize every word that Jesus said to him, and achieved very good results. Through this manner of practicing, he was able to achieve an understanding of himself from God’s words, and he not only came to understand the various corrupt states of man, but also came to understand man’s essence, nature, and various shortcomings. This is what it means to truly understand oneself. From God’s words, Peter not only achieved a true understanding of himself, but from the things expressed in God’s words—God’s righteous disposition, what He has and is, God’s will for His work, His demands of mankind—from these words he came to know God completely. He came to know God’s disposition, and His essence; he came to know and understand what God has and is, as well as God’s loveliness and God’s demands for man. Although God did not speak back then as much as He does today, results in these aspects were nevertheless achieved in Peter. This was a rare and precious thing. Peter went through hundreds of trials, but did not suffer in vain. He not only came to understand himself from the words and the work of God, but he also came to know God. In addition, he particularly focused on God’s requirements of mankind within His words. In whichever aspects man should satisfy God to be in line with God’s will, Peter was able to put forth great effort in these aspects and achieve full clarity; this was extremely beneficial with regard to his own entry. No matter what God spoke of, as long as those words could become his life and they belonged to the truth, Peter was able to carve them into his heart to ponder and appreciate them frequently. After hearing the words of Jesus, he was able to take them to heart, which shows that he was especially focused on God’s words, and he truly achieved results in the end. That is, he was able to freely put the words of God into practice, accurately practice the truth and be in line with God’s will, act entirely in accordance with God’s intention, and give up his own personal opinions and imaginations. In this way, Peter entered into the reality of God’s words. Peter’s service came in line with God’s will primarily because he had done this.

If one can satisfy God while fulfilling one’s duty, is principled in one’s words and actions, and can enter the reality of all aspects of the truth, then one is a person who becomes perfected by God. It can be said that the work and the words of God have been completely effective for such people, that God’s words have become their life, they have obtained the truth, and they are able to live in accordance with God’s words. After this, the nature of their flesh—that is, the very foundation of their original existence—will shake apart and collapse. After people possess God’s words as their life, they will become new people. If the words of God become their life, if the vision of God’s work, His requirements of humanity, His revelations to humans, and the standards for a true life that God requires them to meet become their life, if they live according to these words and truths, then they are perfected by the words of God. Such people are reborn, and have become new people through God’s words. This is the path by which Peter pursued the truth; it was the path of being perfected, perfected by God’s words, and gaining life from the words of God. The truth expressed by God became his life, and only then did he become a person who obtained the truth.