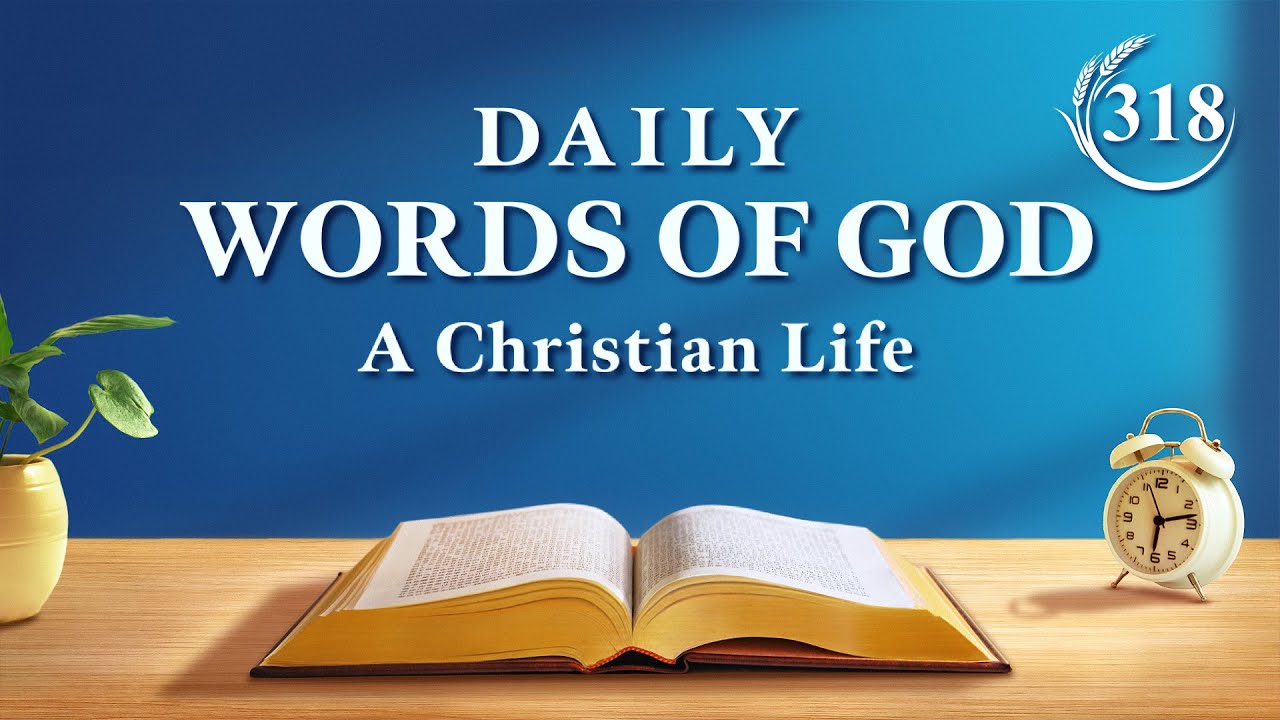 Your belief in God, your pursuit of the truth, and even the way you conduct yourself should all be based on reality: Everything you do should be practical, and you should not pursue such illusory, fanciful things. There is no value to behaving in this way, and, moreover, no significance to such a life. Because your pursuit and life are spent amid nothing more than falsehood and deceit, and you do not pursue things that have value and significance, the only thing you gain is absurd reasoning and doctrine that are not of the truth. Such things bear no relation to the significance and value of your existence, and can only bring you to a hollow realm. In this way, your whole life will be without any value or significance—and if you do not pursue a life of significance, then you could live a hundred years and it would all be for nothing. How could that be called a human life? Is it not actually the life of an animal? Likewise, if you try to follow the path of belief in God, but make no attempt to pursue the God that can be seen, and instead worship an invisible and intangible God, then is such pursuit not even more futile? In the end, your pursuit will become a pile of ruins. Of what benefit is such pursuit to you? The biggest problem with man is that he only loves things that he cannot see or touch, things that are supremely mysterious and wondrous, and that are unimaginable by man and unattainable by mere mortals. The more unrealistic these things, the more they are analyzed by man, who even pursues them heedless of all else, and deludes himself that he is able to gain them. The more unrealistic they are, the more closely man scrutinizes and analyzes them, even going so far as to make up his own exhaustive ideas about them. On the contrary, the more realistic things are, the more dismissive man is of them; he simply looks down his nose at them, and is even contemptuous of them. Is this not precisely your attitude toward the realistic work I do today? The more realistic such things are, the more prejudiced you are against them. You don’t spare any time to examine them, but simply ignore them; you look down your nose at these realistic, straightforward requirements, and even harbor numerous conceptions about this God who is most real, and are simply incapable of accepting His reality and normality. In this way, do you not believe amid vagueness? You have an unshakable belief in the vague God of times past, and no interest in the real God of today. Is this not because the God of yesterday and the God of today are from two different eras? Is it not also because the God of yesterday is the exalted God of heaven, whereas the God of today is a tiny man on earth? Is it not, moreover, because the God worshiped by man is the one produced by his conceptions, whereas the God of today is a real flesh produced on earth? When all is said and done, is it not because the God of today is too real that man does not pursue Him? For what the God of today asks of man is precisely that which man is most unwilling to do, and which makes him feel ashamed. Is this not making things difficult for man? Does this not lay bare his scars? In this way, many of those who do not pursue reality become the enemies of God incarnate, become antichrists. Is this not an obvious fact? In the past, when God had yet to become flesh, you may have been a religious figure, or a devout believer. After God became flesh, many such devout believers unwittingly became the antichrist. Do you know what is going on here? In your belief in God, you do not concentrate on reality or pursue the truth, but instead obsess over falsehoods—is this not the clearest source of your enmity to God incarnate? God incarnate is called Christ, so are not all those who do not believe in God incarnate the antichrist? And so is the one you believe in and love truly this God in the flesh? Is it really this living, breathing God who is most realistic and extraordinarily normal? What, exactly, is the objective of your pursuit? Is it in heaven or on earth? Is it a conception or is it the truth? Is it God or is it some supernatural being? In fact, the truth is the most real of life’s aphorisms, and the highest of such aphorisms among all mankind. Because it is the requirement that God makes of man, and is the work personally done by God, thus it is called “life’s aphorism.” It is not an aphorism summed up from something, nor is it a famous quote from a great figure; instead, it is the utterance to mankind from the Master of the heavens and earth and all things, and not some words summed up by man, but the inherent life of God. And so it is called “the highest of all life’s aphorisms.” Man’s pursuit of putting the truth into practice is the performance of his duty, that is, the pursuit of satisfying God’s requirement. The essence of this requirement is the most real of all truths, rather than empty doctrine achievable by no man. If your pursuit is nothing but doctrine and contains no reality, do you not rebel against the truth? Are you not someone who attacks the truth? How could such a person pursue to love God? People who are without reality are those who betray the truth, and are all inherently rebellious!

Truth Is the Highest of All Life’s Aphorisms

It’s not some words summed up by mankind, but the inherent life of God, God Himself. It’s thus the highest of all life’s aphorisms. To practice the truth is to fulfill one’s duty, and satisfy what God requires, God requires. It’s not a saying summed up from something, nor a famous quote from someone great, someone great. But it’s an utterance to mankind from the Master of all things on earth and in heaven.