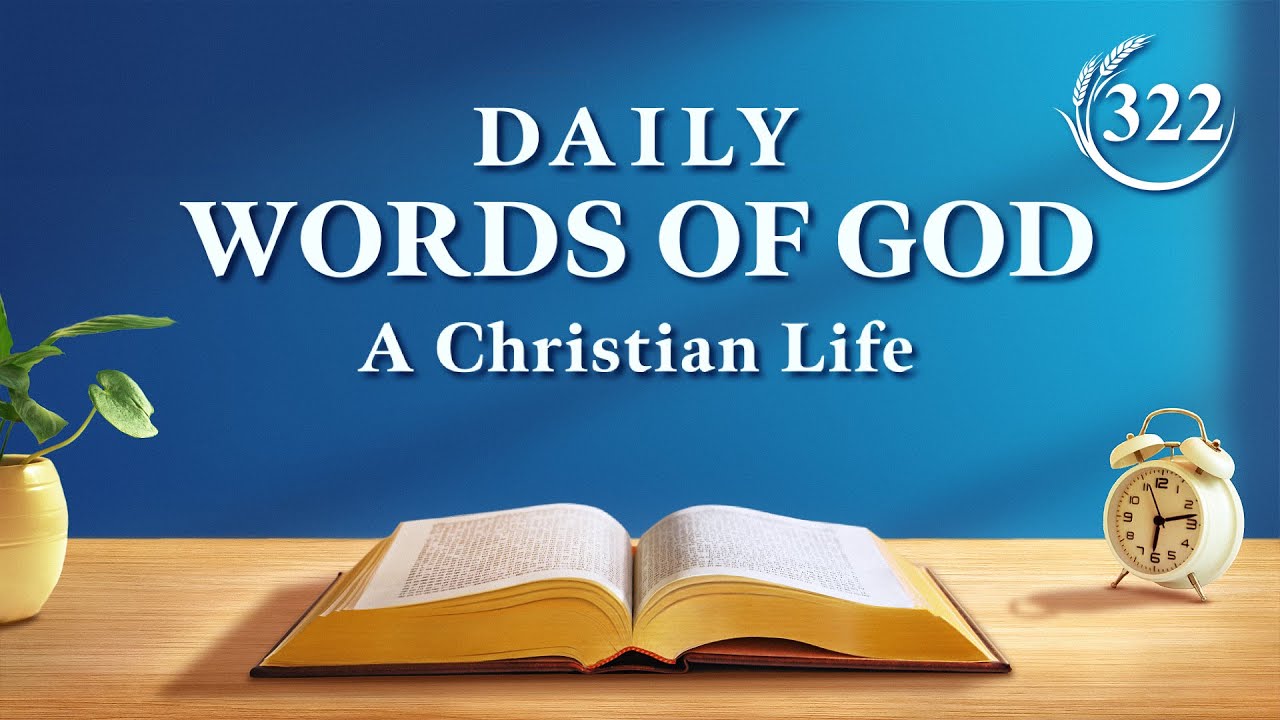 In man exists only the uncertain word of faith, yet man knows not what constitutes faith, much less why he has faith. Man understands too little and man himself is too lacking; he merely has faith in Me mindlessly and ignorantly. Though he knows not what faith is nor why he has faith in Me, he continues to do so obsessively. What I ask of man is not merely for him to obsessively call upon Me in this way or to believe in Me in a desultory fashion. For the work I do is for man to see Me and come to know Me, not for man to be impressed and look at Me in a new light because of My work. I previously manifested many signs and wonders and performed many miracles. The Israelites at the time showed Me great admiration and greatly revered My exceptional ability to heal the sick and exorcise demons. At the time, the Jews thought My healing powers to be masterly and extraordinary. For My many such deeds, they all regarded Me with respect; they felt great admiration for all of My powers. So any who saw Me perform miracles followed Me closely, such that thousands surrounded Me to watch Me heal the sick. I manifested so many signs and wonders, yet man merely regarded Me as a masterly physician; I also spoke many words of teaching to those people at the time, yet they merely regarded Me as a teacher superior to his disciples! Even to this day, after men have seen the historical records of My work, their interpretation continues to be that I am a great physician who heals the sick and a teacher to the ignorant. And they have determined Me to be the merciful Lord Jesus Christ. Those who interpret scripture may have surpassed My skills in healing, or may even be disciples who have now surpassed their teacher, yet such men of great renown, whose names are known around the world, regard Me so lowly as a mere physician! My deeds are greater in number than the grains of sand on the beaches, and My wisdom greater than that of all those sons of Solomon, yet men merely think of Me as a physician of little account and an unknown teacher of man! How many believe in Me only so I would heal them? How many believe in Me only so I would use My powers to drive unclean spirits out of their bodies? And how many believe in Me simply to receive peace and joy from Me? How many believe in Me only to demand from Me more material wealth, and how many believe in Me just to spend this life in safety and to be safe and sound in the world to come? How many believe in Me only to avoid the suffering of hell and to receive the blessings of heaven? How many believe in Me only for temporary comfort but do not seek to gain anything in the world to come? When I brought down My fury upon man and seized all the joy and peace he originally possessed, man became doubtful. When I gave unto man the suffering of hell and reclaimed the blessings of heaven, man’s shame turned into anger. When man asked Me to heal him, yet I acknowledged him not and felt abhorrence for him, man went far away from Me and sought the way of witch doctors and sorcery. When I took away all that man had demanded from Me, everyone disappeared without a trace. Therefore, I say that man has faith in Me because I give too much grace, and there is far too much to gain. The Jews believed in Me for My grace, and followed Me wherever I went. These ignorant men of limited knowledge and experience only sought to see the signs and wonders I manifested. They regarded Me as the head of the house of the Jews who could perform the greatest miracles. Therefore, when I exorcised demons from men, they talked amongst themselves in great confusion, saying that I am Elijah, that I am Moses, that I am the most ancient of all prophets, that I am the greatest of all physicians. Apart from Myself saying that I am the life, the way, and the truth, none could know My being or My identity. Apart from Myself saying that heaven is the place where My Father lives, none knew that I am the Son of God, and God Himself. Apart from Myself saying that I shall bring redemption to all mankind and ransom mankind, none knew that I am the Redeemer of mankind; men only knew Me as a benevolent and compassionate man. And apart from Myself being able to explain all there is of Me, none knew Me, and none believed that I am the Son of the living God. Man only has such manner of faith in Me, and fools Me in this way. How can man bear Me witness when he holds such views of Me?