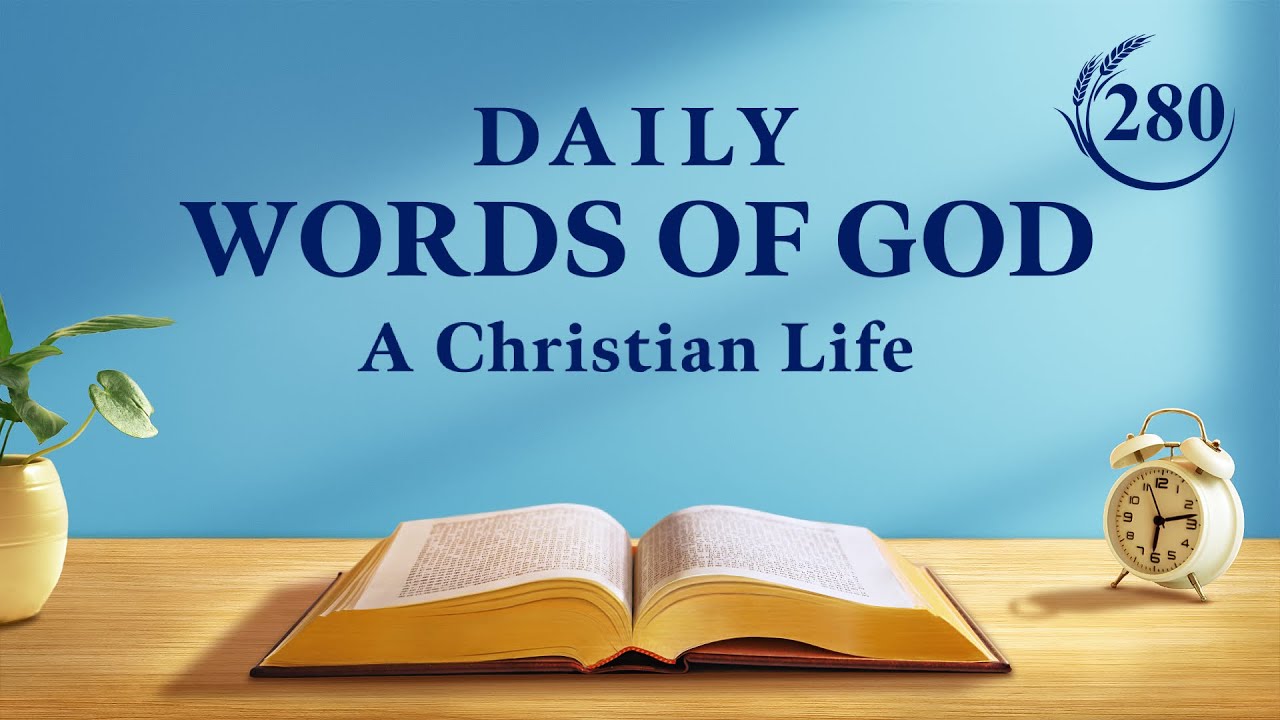 I have done much work among man, and the words I have expressed during this time have been many. These words are for the sake of man’s salvation, and were expressed so that man might become compatible with Me. Yet I have gained only a few people on earth who are compatible with Me, and so I say that man does not treasure My words, for man is not compatible with Me. In this way, the work I do is not merely so that man can worship Me; more importantly, it is so that man can be compatible with Me. People, who have been corrupted, all live in Satan’s trap, they live in the flesh, live in selfish desires, and there is not a single one among them who is compatible with Me. There are those who say that they are compatible with Me, but who all worship vague idols. Although they acknowledge My name as holy, they tread a path that runs contrary to Me, and their words are full of arrogance and self-confidence, because, at root, they are all against Me, and incompatible with Me. Every day they seek traces of Me in the Bible, and find “suitable” passages at random that they read endlessly, and which they recite as scriptures. They do not know how to be compatible with Me, do not know what it means to be in enmity of Me, and merely read scriptures blindly. They constrain within the Bible a vague God that they have never seen, and are incapable of seeing, and take it out to look at during their spare time. They believe in My existence only within the scope of the Bible. For them, I am the same as the Bible; without the Bible there is no Me, and without Me there is no Bible. They pay no heed to My existence or actions, but instead devote extreme and special attention to each and every word of Scripture, and many of them even believe that I should not do anything I wish to do unless it is foretold by Scripture. They attach too much importance to Scripture. It can be said that they see words and expressions as too important, to the extent that they use verses from the Bible to measure every word I say, and to condemn Me. What they seek is not the way of compatibility with Me, or the way of compatibility with the truth, but the way of compatibility with the words of the Bible, and they believe that anything that does not conform to the Bible is, without exception, not My work. Are such people not the dutiful descendants of the Pharisees? The Jewish Pharisees used the law of Moses to condemn Jesus. They did not seek compatibility with the Jesus of that time, but diligently followed the law to the letter, to the extent that they ultimately nailed the innocent Jesus to the cross, having charged Him with not following the law of the Old Testament and not being the Messiah. What was their essence? Was it not that they didn’t seek the way of compatibility with the truth? They obsessed over each and every word of the Scripture, while paying no heed to My will and the steps and methods of My work. They were not people who sought the truth, but people who rigidly followed the words of Scripture; they were not people who believed in God, but people who believed in the Bible. Essentially, they were watchdogs of the Bible. In order to safeguard the interests of the Bible, and uphold the dignity of the Bible, and protect the reputation of the Bible, they went so far as to nail the merciful Jesus onto the cross. This they did merely for the sake of defending the Bible, and for the sake of maintaining the status of each and every word of the Bible in people’s hearts. So they preferred to forsake their future and the sin offering to condemn Jesus, who did not conform to the doctrine of Scripture, to death. Were they not lackeys to each and every word of Scripture?

And what of people today? Christ has come to release the truth, yet they would rather expel Him from among man in order to gain entry into heaven and receive grace. They would rather completely deny the coming of the truth in order to safeguard the interests of the Bible, and would rather nail the Christ returning to flesh to the cross again in order to ensure the everlasting existence of the Bible. How can man receive My salvation, when his heart is so malicious, and his nature so antagonistic toward Me? I live among man, yet man does not know of My existence. When I shine My light upon man, he still remains ignorant of My existence. When I unleash My wrath upon man, he denies My existence with even greater vigor. Man searches for compatibility with words, with the Bible, yet not a single person comes before Me to seek the way of compatibility with the truth. Man looks up to Me in heaven, and devotes particular concern to My existence in heaven, yet no one cares about Me in the flesh, for I who live among man am simply too insignificant. Those who only seek compatibility with the words of the Bible, and who only seek compatibility with a vague God, are a wretched sight to Me. That is because what they worship are dead words, and a God that is capable of giving them untold treasures. What they worship is a God that lays himself at the mercy of man, and which doesn’t exist. What, then, can such people gain from Me? Man is simply too lowly for words. Those who are against Me, who make limitless demands of Me, who have no love of the truth, who are rebellious toward Me—how could they be compatible with Me?