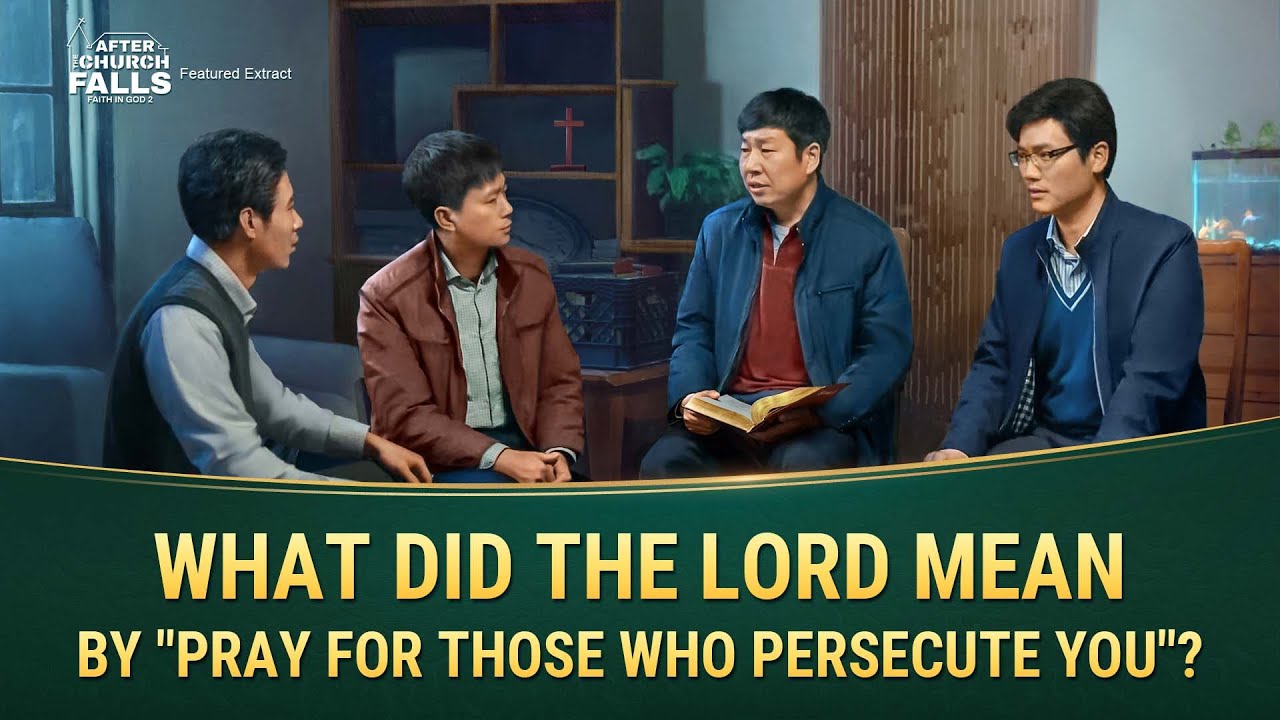 Gospel Movie Extract 1 From "Faith in God 2 – After the Church Falls": What Did the Lord Mean by "Pray for Those Who Persecute You"?

Gospel Movie "Faith in God 2 – After the Church Falls" Clip 1 - What Did the Lord Mean by "Pray for Those Who Persecute You"?

Since the Chinese Communist Party came to power, it has continuously suppressed and persecuted Christianity and Catholicism in order to fully eradicate all religious beliefs and establish China as a zone of atheism. Particularly since Xi Jinping became President the CCP's attacks on faith have reached a peak, and even the officially sanctioned Three-Self Church is being eradicated and crosses are being torn down.

The Three-Self Church that Chen Song'en attended also suffered from the CCP's persecution, and when it’s torn down one Christian is nearly buried alive in it. However, some in the church, after listening to the teachings of their pastors and elders, pray for the CCP regime, believing that by doing so, they are keeping the words of the Lord Jesus, "Love your enemies and pray for those who persecute you" (Matthew 5:44). Many believers are confused, because despite the fact that they have prayed for blessings for the CCP for so many years, the CCP has not only failed to repent, but has even demolished their church. They wonder: Does praying for the CCP actually accord with God's will? What did the Lord Jesus really mean by "Love your enemies and pray for those who persecute you"?

The Church of Almighty God, Eastern Lightning, came into being because of the appearance and work of Almighty God—the returned Lord Jesus—Christ of the last days. It is made up of all those who accept Almighty God's work in the last days and are conquered and saved by His words. It was entirely founded by Almighty God Himself and is led by Him as the Shepherd. It was definitely not created by a person. Christ is the truth, the way, and the life. God's sheep hear God's voice. As long as you read the words of Almighty God, you will see God has appeared.