The Work of God Is So Wise

Normally, when attending co-workers’ meetings, my leader would often preach about the experiences of people who failed in their service to God, and would ask us to learn lessons from their experiences and to take them as a warning. For example, some leaders always preached letters and doctrines when they gave sermons or fellowshiped. They were unable to preach real knowledge of the truth and they were unable to perform practical work, with the result that they served as leaders for years without moving the work of the church forward; the church work almost came to a complete standstill, and they became false leaders and were sifted out by God. When performing their duties, some leaders always showed themselves off, exalted themselves and testified to themselves, and worked to protect their status, and in the end, such leaders led people before themselves, and became antichrists to be expelled. Some leaders showed too great a consideration for their own flesh, coveting comforts and never doing any real work. Such leaders were like parasites in the church who coveted the blessings of status, and in the end, they were exposed and weeded out. Hearing these examples of failure, I couldn’t help but question: “Is God not almighty? Given that these leaders were perpetrating evil and resisting God as they worked and were causing loss to the church’s work, why didn’t God step in sooner to expose and weed them out? In this way, would not the life of the brothers and sisters and the church’s work suffer less loss?” I was beset with this question. 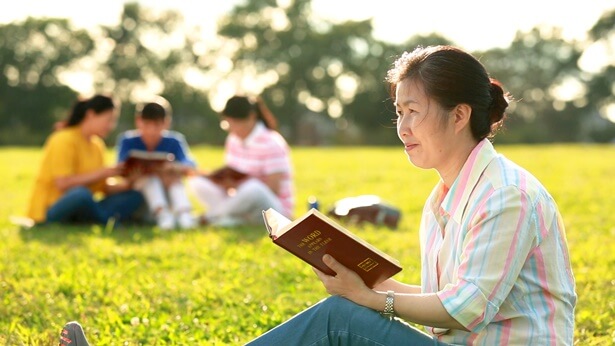 Thank God for His enlightenment and guidance which has allowed me to understand that, behind these things which are at odds with people’s notions, there is God’s good intention and even more so His wisdom. It is all done to expose and perfect man in the most meaningful way. Just as God’s word says, “My wisdom is exercised based on Satan’s schemes.” and “God maneuvering all things so that they serve Him,” From this day on, I no longer wish to weigh situations good or bad with my own human eyes. But in all the things which I will encounter, I wish only to seek the truth, seek to know God’s wisdom and almightiness, and know God’s disposition and what He has and is, so that I may truly understand the truth and gain the truth.

Previous: What Is the Nature of God’s Love?
Next: After Losing My Status

I Will No Longer Be Blinded by Good Intentions

Thanks to God’s actual work, I know myself and understand that if men are not changed in disposition, they cannot help but reveal Satan’s corrupt disposition even if they think that they have good intentions and appropriate demeanors, and then they should understand themselves.

Rising Up in the Face of Failure

By Fenqi, South KoreaBefore I believed in God, I was educated by the Chinese Communist Party, and I thought of nothing but how to make...

Giving My Heart to God

By Xinche, South KoreaIn June 2018, I joined rehearsals for the Kingdom Anthem choral performance. Thinking I’d get up on stage and sing...

Before I believed in God, no matter what I was doing, I never wanted to fall behind. I was willing to accept any hardship as long as it meant I could rise above everyone else. After I accepted God, my attitude remained the same, because I firmly believed in the saying, “No pain, no gain,” and saw my attitude as proof of my motivation. When God revealed the truth to me, I finally realized I had been living under Satan’s yoke, living under its domain.