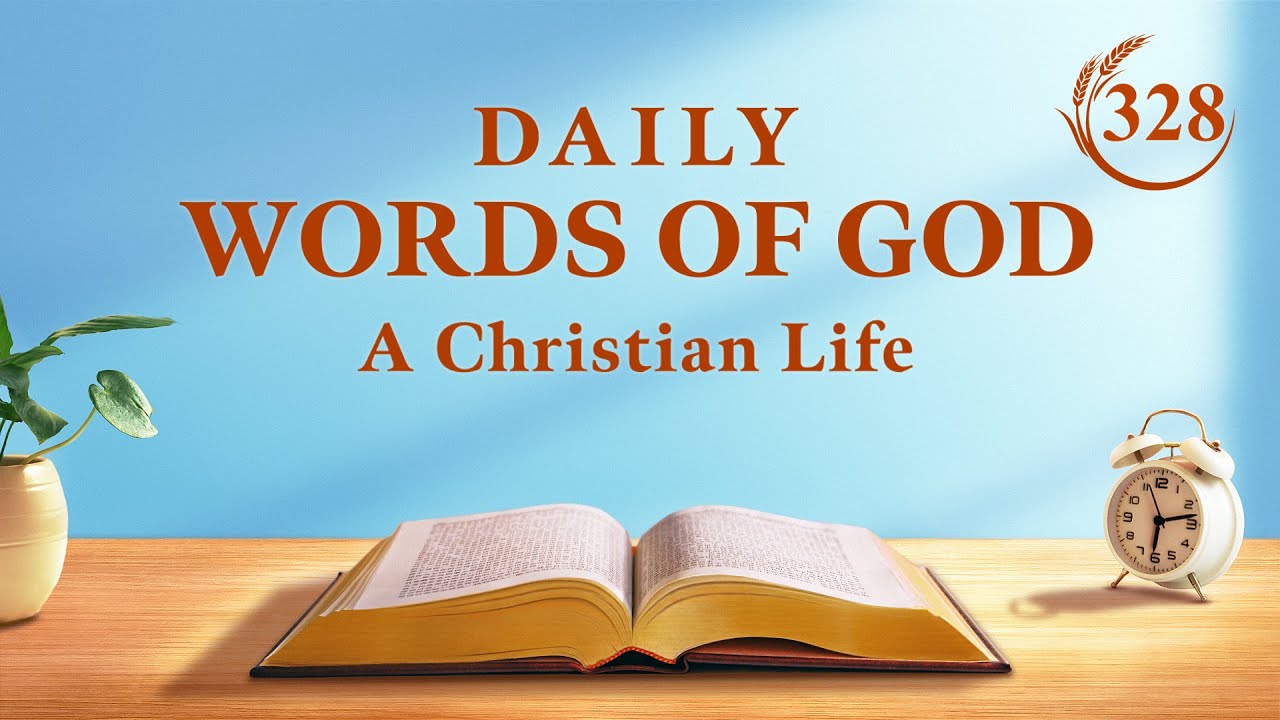 Inspecting whether you practice righteousness in all that you do, and whether all of your actions are observed by God, are the behavioral principles of those who believe in God. You will be called righteous because you are able to satisfy God, and because you accept God’s care and protection. In God’s eyes, all those who accept God’s care, protection, and perfection and who are gained by Him, are righteous and looked upon with cherishment by God. The more you accept the words of God in the here and now, the more you are able to receive and understand God’s will, and thus the more you can live out God’s words and satisfy His requirements. This is God’s commission for you, and what you ought to achieve. If you use conceptions to measure and delineate God, as if saying God is an unchanging clay statue, and if you delimit God within the Bible, and contain Him within a limited scope of work, then this proves that you have condemned God. Because, in their hearts, the Jews of the age of the Old Testament cast God in the mold of idol, as if God could only be called the Messiah, and only He who was called the Messiah was God, and because they served and worshiped God as if He were a (lifeless) clay statue, they nailed the Jesus of that time to the cross, sentencing Him to death—condemning innocent Jesus to death. God had committed no crime, yet man did not spare God, and unwaveringly sentenced Him to death. Thus, Jesus was crucified. Man always believes that God is unchanging, and defines Him according to the Bible, as though man has seen through to God’s management, as though all that God does is in the hands of man. People are ridiculous to the extreme, they are possessed of the utmost arrogance, and they all have a flair for turgid eloquence. Regardless of how great your knowledge of God, still I say that you do not know God, that there are none who are more opposed to God, and that you condemn God, for you are utterly incapable of obeying the work of God and walking the path of being made perfect by God. Why is God never satisfied with the actions of man? Because man does not know God, because he has so many conceptions, and because, instead of complying with reality, all of his knowledge of God is cut from the same cloth, and rigid and inflexible. Thus, having come to earth today, God has once more been nailed to the cross by man. Cruel, brutal mankind! The conniving and intrigue, the jostling with each other, the scramble for reputation and fortune, the mutual slaughter—when will it ever end? God has spoken hundreds of thousands of words, yet no one has come to their senses. They act for the sake of their families, and sons and daughters, for their careers, prospects, status, vanity, and money, for the sake of clothes, for food and the flesh—whose actions are truly for the sake of God? Even among those whose actions are for the sake of God, there are but few who know God. How many do not act for the sake of their own interests? How many do not oppress and discriminate against others for the sake of maintaining their own status? Thus, God has been forcibly condemned to death innumerable times, countless barbaric judges have condemned God and once more nailed Him to the cross. How many can be called righteous because they truly act for the sake of God?

Before God, is it that easy to be made perfect into a holy one, or a righteous person? It is a truism that “there are no righteous upon this earth, the righteous are not in this world.” When you come before God, consider what you’re wearing, consider your every word and action, all of your thoughts and ideas, and even the dreams that you dream every day—they are all for your own sake. Is this not the true state of affairs? “Righteousness” does not mean giving alms, it does not mean loving your neighbor as yourself, and it does not mean not fighting, arguing, robbing, or stealing. Righteousness means taking God’s commission as your duty and obeying God’s orchestrations and arrangements as a heaven-sent vocation, regardless of the time or place, just like all that was done by the Lord Jesus. This is the very righteousness spoken of by God. That Lot could be called a righteous man is because he saved the two angels sent by God without care for what he gained or lost; what he did at that time can be called righteous, but he cannot be called a righteous man. It was only because Lot had seen God that he gave his two daughters in exchange for the angels. But not all of his behavior in the past represents righteousness, and thus I say that “there are no righteous upon this earth.” Even among those who are in the stream of recovery, no one can be called righteous. No matter how good your actions, no matter how you appear to glorify the name of God, not hitting and cursing others, or robbing and stealing from them, still you cannot be called righteous, for such things can be possessed by any normal person. Today, what’s key is that you do not know God. It can only be said that today you have a little normal humanity, yet you are bereft of the righteousness spoken of by God, and thus nothing that you do is proof of your knowledge of God.